Band of the Month: Riff Raiders!

Formed in 2015 by now husband and wife, Marty Powell (lead guitar) and Jenni Powell (vocals), Riff Raiders started life as a band playing covers of ‘B’ sides and lesser known songs from acts they found their inspiration from such as Thin Lizzy, Cheap Trick, Led Zeppelin, Black Sabbath, Deep Purple, Queen and more. Due to this aspect and being female fronted, they were accepted by and fitted in well with the original scene.

However, covers were not their long term goal and in January 2017 they started recording their debut album. The result, Live Like You Mean It was released in November 2017 and was well received by critics and punters alike. Two singles, the title track and D-GAF that were released prior to the album dropping received a huge response, keeping good ole fashioned Aussie rock alive.

Having shared the stage with the likes of Baby Animals, The Poor, Palace of the King, the Lazys and more, Riff Raiders rock your socks off live with their genuine, high energetic rock ‘n’ roll shows induced with thrilling guitar solos and riffs, and tonnes of attitude and rock chick sex appeal supplied by powerhouse front woman, Jenni.

After a line up change about a year ago during the recording of the 2nd album, the band now consists of Joshua King on extra guitars, Ron E Smith on bass and Ross Hetherington on drums (ex. Body Jar, Dirt River Radio).

February saw the release of the Double A sided single, Best Day Ever/Loaded Gun which displayed 2 sides of the band and gave an insight of what to expect from the upcoming new album. Best Day Ever is a feel good, pop/rock tune with catchy, fun lyrics that stick in your head long after you’ve heard it and Loaded Gun is a more gritty and heavier track with a classic rock style.

Riff Raiders Rock ‘n’ Roll Daydream album landed on March 30 with accompanying single, Samantha Jones, another joyous track which is based on a true story about a fan accidentally leaving the Riff Raiders’ vinyl copy of their debut record behind on a train, and the efforts the girl who found it went through to find the owner.

It’s an even mix of slow and fast paced, well crafted tunes that show some diversity through each. Every song is placed perfectly on this record which flows effortlessly and makes it a very enjoyable and easy listen.

Jenni’s vocals are strong, passionate and dynamic throughout every track, except on the 1.06 minute No Words, (best instrumental title ever!), and Stepping on a Cloud where Marty takes over lead vocal duties. As expected from a band that has the word “riff” in their name, Marty’s catchy hooks, huge and scintillating riffs and solos are found in abundance across the whole album, accompanied by the rhythm section supplying the grooves in all the right places.

My favourites are the groove heavy, Stop Looking At Me, Best Day Ever, the emotive Light, which is beautifully sang by Jenni, the toe-tapping, head shaking When I’m Dreaming, the rockin’ Standing On My Own and the more subdued Sunset to Sunrise.

Rock ‘n’ Roll Daydream is one of the finest and authentic rock albums to come out in a long while. It’s pub rock but a little more refined. It sticks in your head from first listen and makes you want to keep playing it over and over as it gives you lots of them happy feels and vibes. If any band can bring rock back from the underground, it’s RIFF RAIDERS. 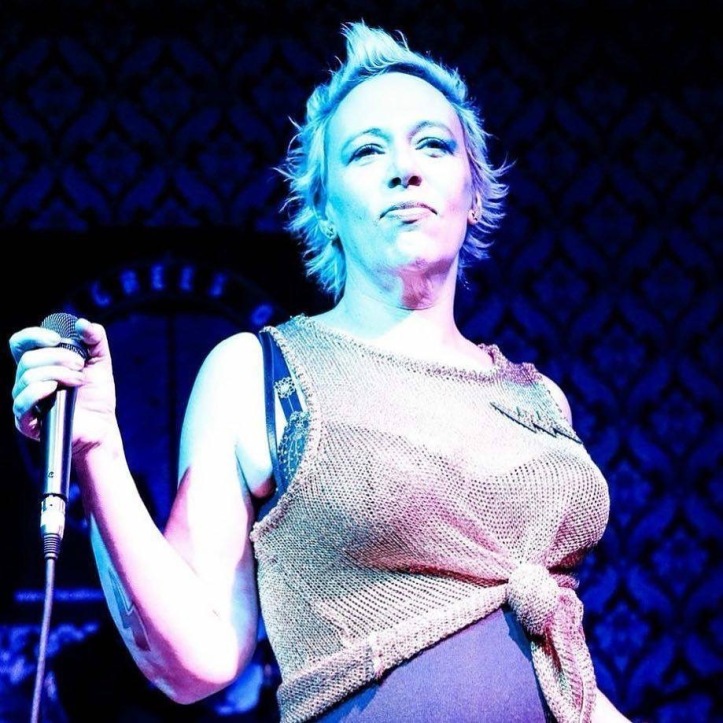 So during this Corona Virus pandemic, stay home, flatten the curve with rock ‘n’ roll and buy yourself a copy of Rock ‘n’ Roll Daydream – it’s the only infectious disease you would want to catch!

Link to purchase CD or Vinyl and other merch:-