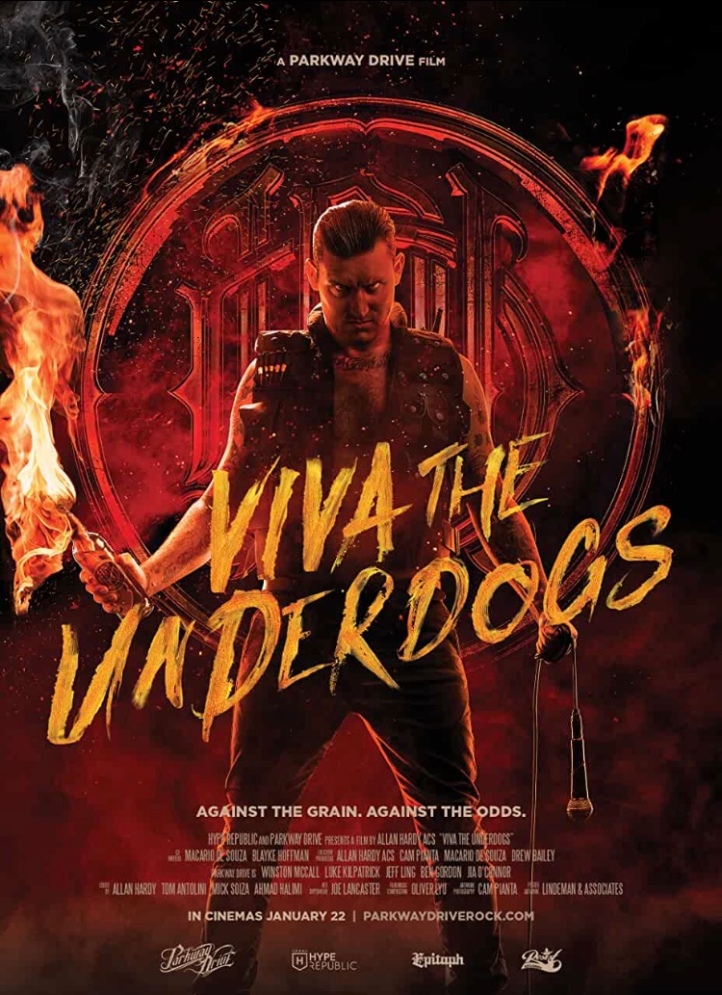 Many years ago, I was at a party with a group of people who were listening to Good Charlotte and Mest adnauseum, finally I’d had enough, and asked for something a little heavier, hoping that somebody might be able to produce a bit of Metallica at least.  One of my mates had a dig through his CD wallet (remember those?) and rose to the occasion with an Aussie band called Parkway Drive.  It was the Killing With A Smile album, and I fell in love with it.

Honestly though, I didn’t stick with them.  I missed Horizons completely, came back a little for Deep Blue, missed both Atlas and Ire, but came back again for Reverence.

The growth in the bands music, from debut record to latest release is huge, and also serves to demonstrate their growth as human beings.  Life has changed both personally, and professionally for the band members through the years, and it is certainly reflected in their music.

To the band members, singer Winston McCall, lead guitarist Jeff Ling, rhythm guitarist Luke Kilpatrick, bass player Jia O’Connor, and drummer Ben Gordon, they remain a group of down to earth musos from Byron Bay, who love what they do.  For them, it’s been 17 years of absolute hard work to get to where they are, yet they still remain entirely self managed, and keep the Parkway ship heading exactly where they want to head.

The documentary follows the band, as they prepare to headline Wacken Open Air Festival for the first time in 2019.  It’s not an overblown “warts and all” biographical film, it just demonstrates the work ethic of the band.  To say they have earned their spot as Wacken headliner would be an understatement.

Once the documentary footage gives way to footage of the Wacken performance, you see the band in all their glory.  Huge stage presence, a crowd that is completely engaged with everything the band do and say, and some awesome pyrotechnics.

You don’t need to be a fan of the band to appreciate their story.  It’s a story of hard work paying off, and of Underdogs making good.