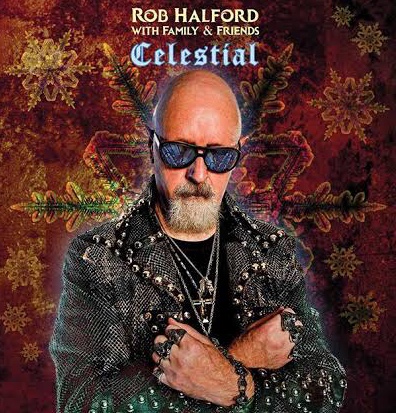 I went in to my local supermarket on the first on November.  I was shocked, and kind of a little pissed off to see that the Halloween items had already been stripped from the shelf.  No, I wasn’t angry that Halloween had been brushed aside mere hours after it’s ending, I was pissed that in the place of Halloween, Christmas decorations and other various items were already taking pride of place.

It’s the 1st of November for gods sake!

I’m a bit of a grinch.  I am not into the whole Christmas thing at all, never have been.  People always told me that I’d warm to it once I had a child of my own.  I didn’t, at all.  And if there’s one thing I absolutely despise about this particular time of year, more than anything else, it is Christmas music…

Enter Rob Halford.  The Metal God.  Dressed in studded leather, arriving on a Harley Davidson, purveyor of heavy metal anthems, defender of the faith, released of Christmas album… Wait, what?  One of these things is not like the other…

Yes, that’s right, the Metal God, the man responsible for Painkiller, Hell Bent For Leather and countless other Judas Priest classics has just released Celestial, a collection of Xmas themed tunes that have been given the metal treatment.

Among the traditional numbers like Away in a Manger, Deck the Halls and Joy to the World, Halford has penned four originals to round out the collection – Protected By the Light, Morning Star, Donner and Blitzen and the title track itself.

After the triumph of Judas Priests Firepower album, this might seem like a strange move for the Metal God, but this is not Halfords first foray into a winter wonderland.  His 2009 solo album, Halford III: Winter Songs, was also a holiday themed album.

So, in short, Celestial is not for me, but I do have to say that hearing Deck the Halls with that distinctive voice layered over galloping guitars and pounding rhythms did put a little smile on my face.

There could be hope for this grinch yet.