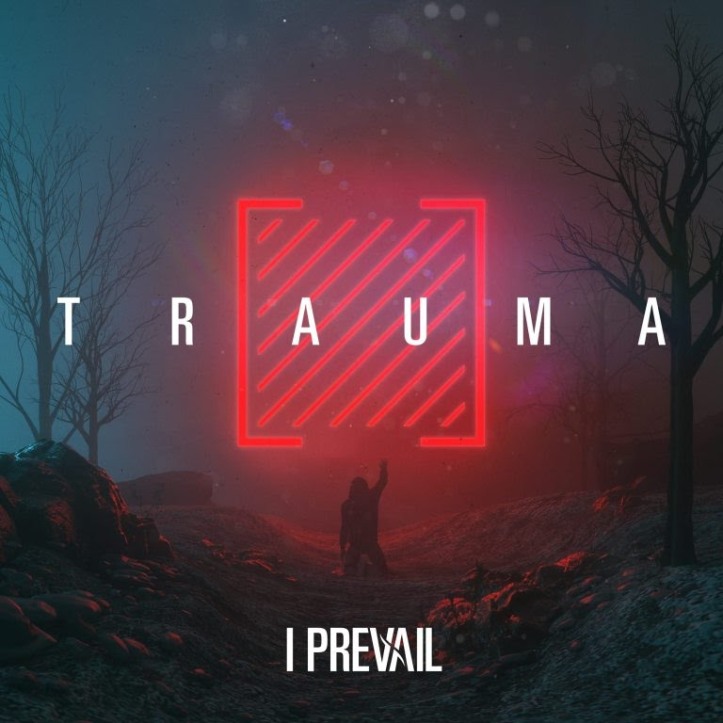 I have to start this by saying that while I have heard the name, I Prevail have never fully come under my radar until very recently, so I am going in to this review as a completely new listener.

Bow Down opens the album in ferocious fashion, and I’m totally fucking hooked.  Absolutely crushing metal coupled with soaring vocal harmonies from Brian Burkheiser.  It’s no wonder the bands recent appearance at Download Festival in Australia was met with such enthusiasm.

Paranoid, while nowhere near as heavy as Bow Down, still utilises the “harsh vocalist” Eric Vanlerberghe for a fairly unique juxtaposition between the singers.  Every Time You Leave utilises guest vocals from Delaney Jane for a song that will be a big hit for I Prevail.

Rise Above It kind of reminds me of Linkin Park, with its use of clean and aggressive vocals, plus there’s the spoken rap parts and electro elements.  It’s an interesting song, and not at all what I expected after the first song.  Breaking Down is more of the same.  While it’s a decent tune, I was waiting for it to build to a crushing climax, and it didn’t happen.

DOA is really cool.  The clean vocals on this sound like Patrick Stump from Fall Out Boy to my ears.  Gasoline is awesome.  It’s angry, it’s heavy, it’s got frantic rapping that builds to heavy crushing metal.  Honestly my favourite track on Trauma.

Hurricane is a rock song with a massive sound, and even bigger chorus.  It’s another potential radio hit for I Prevail.  Let Me Be Sad is an emotional ballad which adds another layer to the bands already diverse sound. Low has a great build to a nice heavy section, and more of those Linkin Park vibes, while Goodbye relies heavily on the rap element to deliver its point.  It’s not a highlight for mine, but it’s short, so it’s fine.

Deadweight brings the heavy back for an anthem that will put some bounce in the mosh pit for sure, and to close out Trauma, I Don’t Belong Here is a somber acoustic song with some electronic atmosphere added in.

Over all, I am pleasantly surprised by Trauma as an album, and I Prevail as a band.  They are clearly not afraid to push boundaries and challenge themselves and their listeners, which I like.  I never expected such a melting pot of styles and influences, but ultimately it works very well.

Check out the clip for Bow Down;