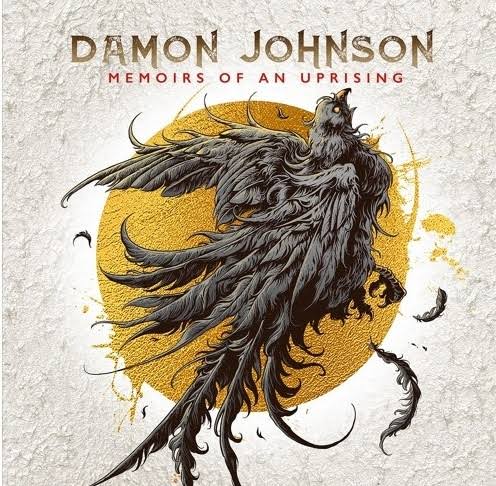 From the opening one-two punch of first single Shivering Shivering, and Dallas Coulda Been a Beatdown it’s clear that Johnson is out to show the world exactly who he is.  And that is a fantastic, talented guitarist who is also a really good singer in his own right, fully capable of forging a career on his own merits.

Down on Me puts me in mind of Illusions era Gunners with its swagger, We Got a System is quirky in its timing, but a great song with a bit of a 70’s vibe.  Call it a Trade demonstrates that Damon Johnson can write songs with candid emotion, although I still can’t work out if it’s a love song…

Rage With Me and So Brutal both serve to demonstrate the diversity in not just his guitar ability, but also his voice.  There are clearly other musicians here, but it’s Damon Johnson’s album in every way.  He even self produced.

The World Keeps Spinning Round is a slower blues based track which is probably my favourite on the record.  Making Peace With the Wicked Beast, aside from having one of the coolest song titles ever, is a funky jam that is a lot of fun.  I can see this being a crowd pleaser.

Glorious closes us out with a track made for radio, and vocals that are similar to Myles Kennedy, albeit in a lower register.

There’s not a bad song on this album.  Sure there are standout tracks, but end to end its well worth the listen, and at only 38 minutes long, Memoirs is clearly designed to be heard as a whole.  It’s available on vinyl too, and I think it would suit that medium beautifully.