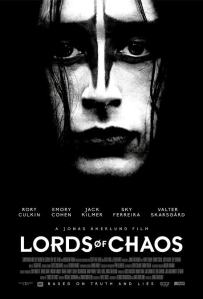 Black metal is not for everyone.  If I’m being honest, it’s not for me.  I spent a lot of time about 12 years ago listening to countless hours of Mayhem and Burzum trying to get in to it.  And musically I love it, but when the vocals come in, it loses me big time.

My fascination with black metal started due to the story depicted in this film.  I also spent countless hours reading articles and reports about everything that went down in Norway in the early nineties.  It’s a fascinating story simply because of how unbelievable it actually is.

My listening and reading experiences on this subject definitely don’t make me an expert.  It has been a long time since I’ve given the subject any thought, and while occasionally I still try to have a listen to some black metal, I’m still no fan.

That being said, I was really excited for this movies release, and I wasn’t disappointed.

The film opens with a casual disclaimer of “based on truth and lies” and I would say that that is completely accurate.  Rory Culkin (younger brother of Macauley) stars as Euronymous here, and demonstrates what a fine young actor he has become.  Emory Cohen also puts in a fantastic turn as Varg Vikernes.  Both young actors do an excellent job of making us feel what these characters are going through. 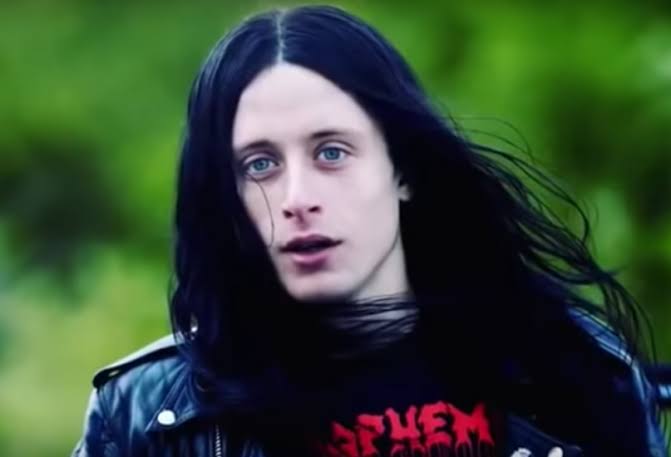 At the beginning of the film Euronymous is basically the villain, and his portrayal does a great job of making me feel sorry for Varg initially, but by about half way through, the roles have reversed.  Varg is no longer a puppet, having taken things way too far, and the viewer is now empathising with Euronymous, who is doing all he can to seperate himself from the Black Circle.

Lords of Chaos is skilfully written and directed by Jonas Åkerlund, who does a wonderful job of bringing his vision to fruition.  The dialogue is perfect, and the external scenes, particularly during the church burnings, are visually captivating.  Åkerlund is also very good at making the viewer feel uncomfortable when necessary, which is never more evident than in the very drawn out, and quite confronting scene depicting the suicide of “Dead” or the murder of Euronymous. These scenes are also quite graphic, and not for those who are weak of stomach.

There is a great deal that is left untold, but to attempt to bring the entire story to one two hour movie would have made for a very convoluted and confusing film.  Åkerlund has done a great job of sifting through the aftermath, to bring us the parts that work well on the screen.  To get the entire story across, would require a 10 part series at least.

For anybody who has jumped on the current music biopic trend, be warned that this is NOT Bohemian Rhapsody.  Where that film mostly glossed over the darker parts of Queens story, Lords of Chaos glosses over nothing, and just may leave you feeling sick.