It’s been a big week of news, reviews and tours, so I thought it was time to get a little silly…

A couple of days ago somebody asked me if they could join the Noise Pollution team as an interviewer.  I told them to give me some examples of questions they would ask, and I would consider it.

The questions were shit.  So I decided to have a little fun with them.  Tweaked them a little, added a few of my own, and from that “10 Stupid Questions with…” was born.  As soon as I decided to run with this, I knew exactly who the first victim should be. 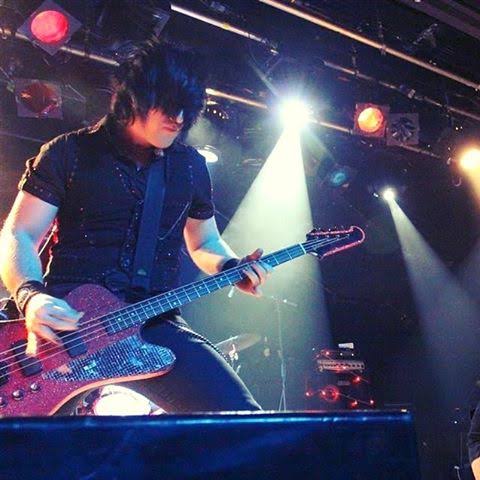 Bass guitar extraordinaire Nick Ivkovic has been a mainstay of the Melbourne rock scene for a long time now.  His musical genius has been on display in The Scarlets and Red Light Riot among many others bands, and he is currently killing it as the bass slinger For Melbourne metal heroes Elm Street.  He has played shows all over the world, opening for the likes of Bon Jovi, and while that sounds like serious business, I have never known Nick to take himself, or anything too seriously, which he proves below in these stupid questions.

1. Who/What first got you in to music?

The opportunity to have a greater chance of success with better looking women than the types I was hooking up with at the time really drew me to music. Sadly, I didn’t read the fine print and had no idea that only weirdos, drug addicts, depressive types or all of the above only go for the bass player

2. Who are your influences or inspirations?

My best life-long friend Richard Pete is my main inspiration and influence. Whenever I think being in this cut-throat industry is getting too much, I look at him and think ‘well, I could be stressing out about normal people things like where am I going to have brunch or I wonder what imagine dragon’s new album sounds like’ and then I realise I’m exactly where I need to be in life

3. What 3 albums could you not live without?

I can narrow it down to one actually. If I lost my baby photo album I’d be jousting with the nearest truck on the Calder freeway

4. What is your “guilty pleasure” album?

Probably the school photo album. How could something so awkward turn out so gorgeous?

5. The best gig you ever attended was…?

Any gig i’ve played because I’m the fuckin’ best

6. If you could eradicate 1 band from the planet, who would it be?

7. If you could bring back 1 dead rockstar, who would it be?

Wendy O Williams, and I’m not being a smartass. The embodiment of female empowerment 💪🏼

9. What would your biography be called?

‘The man reading this book has a micro penis.. but dat ass tho’

10. Who would play you in the movie of your life?

You heard it here first