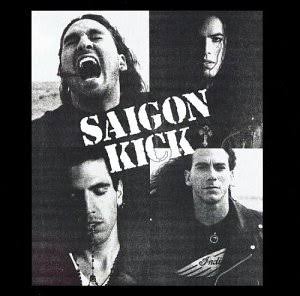 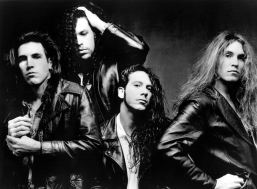 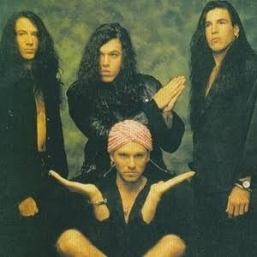 I most likely won’t keep up the pace of a post per day, but there is so much I want to write about right now.  So much great stuff to share with you readers, and I think if I write shorter posts more often it’ll work well for us all.

I’m curious, when do you guys listen to music the most?  I used to be a big car listener, but these days I’m more likely to be listening to a podcast as I drive.  Lately I listen to music in the garage while I restore my boat or work on various other projects.  Comment on the Facebook page to let me know your answer.

Today I want to share a classic review with you.  A forgotten gem from Saigon Kick, so here we go…

Hailing from Miami, Florida, Saigon Kick certainly had the talent to be a big rock act as demonstrated on this, their debut album.

Although this self titled album only received marginal success, don’t let that fool you in to thinking it’s not worth listening to.  1991 was the year that a huge shift was happening in rock music, with hard rock on the decline and grunge ushering in a “new sound”.  It seems that Saigon Kick simply got lost in the shuffle.

New World opens the album, and I’m instantly hooked by this Alice in Chains-esque track.  The vocals from Matt Kramer are fantastic, and should have been enough to carry Saigon to big success.  What You Say is catchy, but a little more generic.

What Do You Do is a quirky, but welcome addition, while Suzy has me thinking of Janes Addiction.  Colours is just a little too happy go lucky, and may have been the band taking a run at radio play.  Coming Home is full of soaring vocals and some great riffs, making it my favourite track of the record.

I can’t help but wonder how Saigon Kick didn’t fall in with the grunge/alternative movement at the time, and become a household name.  It really is a great record.

Love of God, Down by the Ocean and Acid Rain are all chock full of riffs, but the album starts to get a little weird on My Life.  While not a bad song, it just doesn’t really fit here, and may have been better suited as a B-side.

Month of Sundays and Ugly are both another highlight, bringing Slave to the Grind era Skid Row to mind.  Come Take Me Now slows the pace down for a big ballad, with a cracking guitar solo, and I.C.U finishes the album off on a high with a big sing along chorus.

Saigon Kicks self titled debut is a really easy listen considering the 50 minute run time, with the only low point being My Life.  It’s a shame the band didn’t reach the career heights that they deserved.

For further listening, their second album from 1992, The Lizard is equally as good in my opinion, and quite a few people think it to be superior.

Check out a live performance of I.C.U from the 2017 Monsters of Rock Cruise: