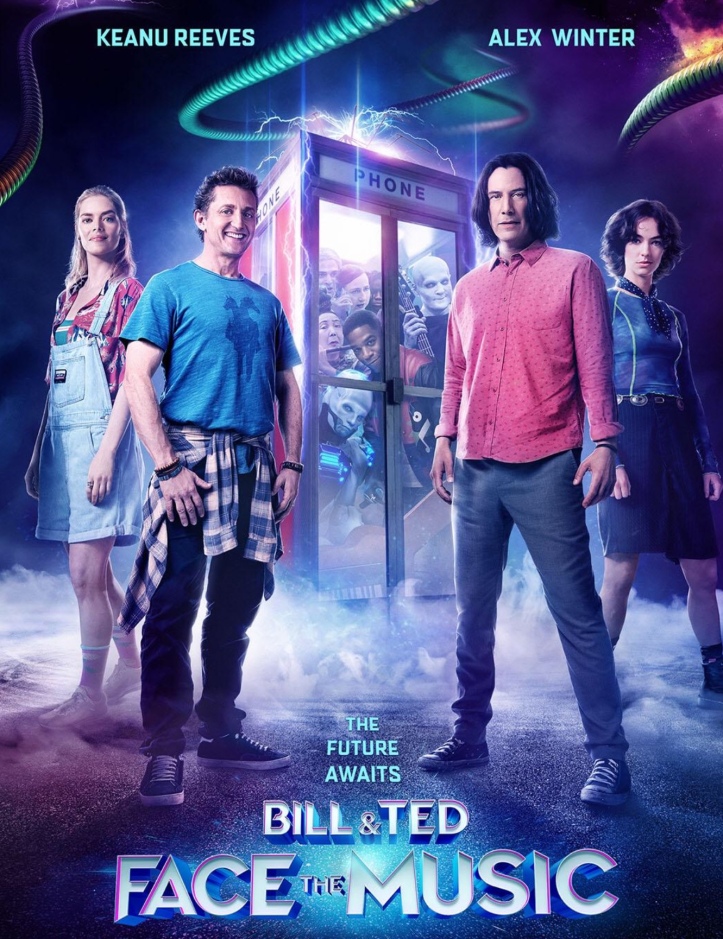 Once told they’d save the universe during a time-traveling adventure, 2 would-be rockers from San Dimas, California find themselves as middle-aged dads still trying to crank out a hit song and fulfill their destiny.

There have been some iconic film duos throughout the years, but I’ve never related more to that of Bill and Ted.  Wayne and Garth possibly came close, but I always returned to Bill and Ted.  Having been on an excellent adventure with them, followed by a bogus journey, I always wanted more.  29 years later, I finally get it…

They are older now (me too!) but they are still the same old William S Preston Esquire and Ted Theodore Logan.  Face the Music makes me feel like I’ve just reconnected with a couple of old friends, and that’s exactly how I hoped it would feel.

The time travelling plot gets a little out of hand, but it’s by design – they even foreshadow it earlier in the film, with a “it will all makes sense in the end” line.

Keanu Reeves and Alex Winter overact the hell out of their parts, particularly the “other Bill and Ted” versions, and its goofy and tonnes of fun.  It’s clear that these two actors had a fantastic time revisiting these iconic characters and that helped me enjoy it even more.

The two now have daughters, played by Sammara Weaving and Brigette Lundy-Paine.  Both are well cast, but Lundy-Paine must have studied the previous films, as she has the Ted mannerisms down pat.  She’s really quite great to watch in this role, and hard to believe she’s not a real life relative to Ted.

This is a slab of nostalgic brilliance, and the “unite the world” message of the film is timely too.  Will there be more adventures for Bill and Ted?  I believe that that will be up to the success of the outing, but if I had to guess, I would say at least one more adventure will come, and I for one, would welcome it!