We are over the moon to be premiering the new video for the Brisbane based band, Rude Rums new single, Got That Feelin’

This is an almost impossibly catchy tune, and the video certainly captures the vibe.

“This video clip just needed to have vibe… a grooving energy and that rock persona side by side.  So we got people to bust out some moves in the streets of Brisbane on these instruments they find, and portray “that feelin” they get when they hear our song. Sorta like those communal pianos you see in malls or centres. There are also some cameos if you will. The rooftop scene is very Beatles-esque and some of the scenes and transitions give off a Tarantino vibe… just a bit of a shout-out to our retro styled roots.” Jaeden Ogston  – Rude Rum

In addition to premiering the video, we chucked out some questions to Rude Rums vocalist and guitarist, Jaeden Ogston, in order to get to know the band a little better…

Raw, potent, and something unique. It’s a play on words for a type of highly alcoholic rum they used to serve in the Jamaican party scene. Apparently promoters served it at early events to put the competing promoters of the later parties out of business cause everyone was too intoxicated to go due to this “Rude Rum”.
Our music is pretty high proof too, and we do like to get a party going, so the name definitely suits.

We are Brisbane based… originally all NSW North Coast kids though! Van and India grew up in Coffs Harbour and I’m from Lismore. We all moved to Brisbane to get our music careers going and we found Brisbane’s Fortitude valley has an amazing, tight knit scene for music. Heaps of venues with different vibes and always something on.

India, Van and I have been together for just over a year now. And a lot has happened in that time! 2 single releases along with a 3 week tour!

We call it rock groove… Rock n Roll at its foundations with the attitude and vibe you love from that genre, but we add some modern grooves throughout the tunes… We want each tune to make you wanna get up and move sorta thing.

It all sort of fell in place… India was a lead guitarist from another band in the Brisbane scene… We both knew about each others bands but never actually met. She saw my advertisement for new a bassist and hit me up for  jam and it all went from there. We clicked instantly and our styles and ambitions just linked up perfectly.

Van was a friend of hers from Coffs Harbour and when he moved to Brisbane he got in touch exactly at the same time we were looking for a drummer… Same thing again; jammed and was a perfect fit, with similar tastes. Sorta funny how cleanly flowing it all happened now looking back!

We all have Old School Rock as our foundation… Led Zeppelin, Rolling Stones, Black Sabbath… Which we feel is  important cause that’s where everything has come from… those bands and artists were the pioneers.

And a very heavy U.K Influence… Which you definitely can hear in our songs. That gritty tone, and even some of the attitude which has also became synonymous with the Aussie music scene is definitely a part of our sound.

We recorded this one with Brock Weston of “Bugs” at Beldam Records… Brock is a wizard when it comes to recording haha. It’s also mastered by Gwyn Mathias in London who worked on the Sex Pistols catalogue; so it  really compliments that U.K inspired but Australian raised  musical influence we have. 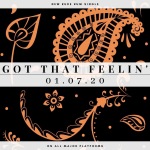 “Got That Feelin'” was fun cause I had a funk style vocal hook which lead to other funk inspirations in the riff and rhythms. Some of the thinner guitar tones pays homage to old school funk recordings where they often plugged straight into the console rather than an amp.

Fusing this with the rock persona and some 60’s psychedelia in it’s production too it definitely came our as our most unique track. And damn are we happy with those chorus harmonies hahahaha..

Bigger tours that’s for sure! We want to support heaps more bands on their tours and really start getting into the Aussie scene more than we have been before. So if any one out there needs a support to rev the crowd up we’re the crew to do it haha

Along with that, we definitely want to travel overseas, especially to the U.K scene (we feel we’d go really well over there).

That whole band is just pure energy… playing as a part of that dynamic would be unbelievable.  Dave Grohl too ya know… Nirvana, The Foo, Crooked Vultures, Queens of Stone Age… So much influence on music’s history from one man and that alone is inspiring.

Loud, energising, a hell tonne of fun, and you should definitely take the day off work the day after. haha

We really do give it all we got, and each time the show gets better.

Covid Restrictions are still not quite giving us what we need… But we’re looking into booking support shows for bands we love so if you know of your favourite band coming to town, give em our name for us!!

Our shows and our songs.

Our songs don’t sound like an old recording but they also don’t sound like a modern re-hash nor are they completely contemporary… We fuse the best of both worlds and what comes out is something super appealing that fans of any genre can dig.

We also do what we do really damn good… We play hard and put on a show which is why you go see a band isn’t it? Haha

It’s different… It’s not the same indie recordings that are flooding the scene and not the cliques that “rock music” has adopted overtime.

It’s music that will hype you up in the car, make your party shake, and get you loose at a festival. It also works for Mexican dinner nights… So that’s a definite plus.

The 2019 Tour which was completely self managed and funded.

We had our mate TJ at Swash Entertaining book most of it for us and that was about all the third party help we had.

It was 3 weeks during the 2019 bushfires in November where we got stuck in Coffs for a few days due to highway closure… Just made it to Newcastle in time for a gig, and then smashed out the rest of the tour over the next 2 weeks.

We even had to help evacuate a family member from Coffs too, so the fact we actually completed all shows on that tour is amazing. 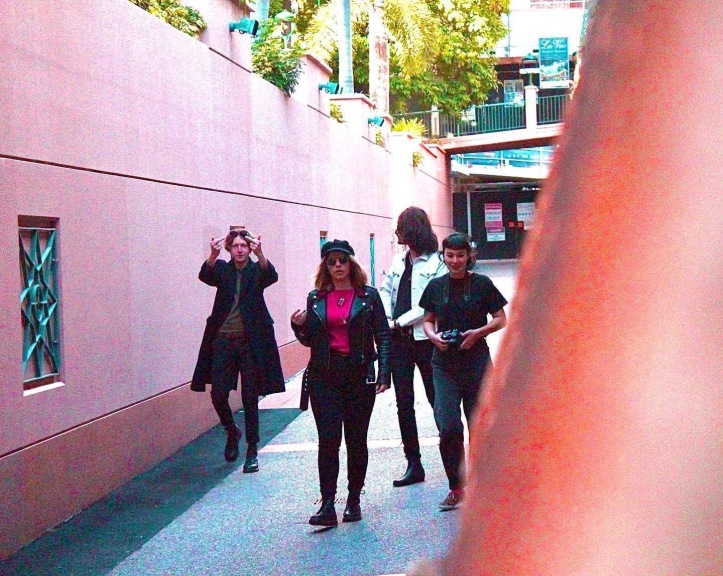 We want to break into the festival scene… We love inciting a good time and festivals are the place we can definitely do that. Splendour in the Grass is a big goal for us, alongside so many of the smaller, boutique ones that dot Australia.

Music wise head straight over to Spotify or Triple J Unearthed. Then all the good stuff and what we get up to is on our two main socials Facebook and Instagram.

Thanks for joining us!

No worries at all!! Thanks for taking the time to chat with us!  Hope you’re digging the new tune.