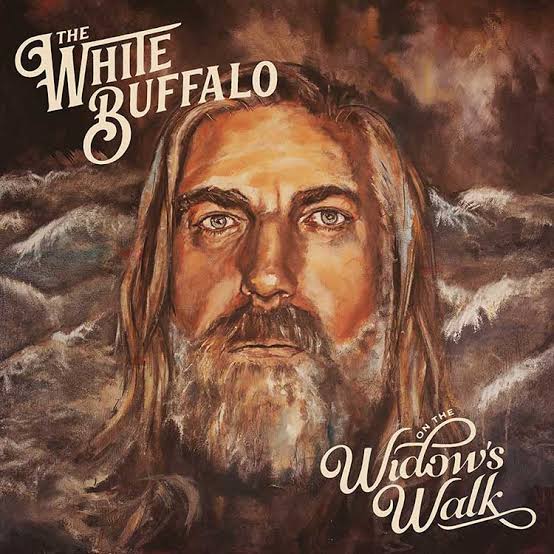 In the movie “The Wedding Singer”, at one point Adam Sandler’s character is with his group of misfits and he is punched in the face by the fiancée of his love interest, Drew Barrimore’s character. The person in questions says something like, “Why don’t you write a song about sticking your nose in where it doesn’t belong and it getting punched in?”

The drunk character with Adam says, “That sounds like a country song.”

From that moment onwards, I used that line as a commentary for when one of my daughters said something that fitted: I’m running late and the car won’t start; the dog came in and now there’s wet footprints everywhere; my boyfriend hasn’t called and I wonder why.

All got my reply of, “That sounds like a country song.” In response I got eye rolls. Critics, hey?

For a long time I have steered clear of anything resembling country music, because I had the notion that it was whiny, audience targeting dribble.

The White Buffalo is hardly country music though. If you’re a “Sons of Anarchy” fan you have probably encountered “Come Join the Murder” from the album “The Forest Rangers”. It has been played on Spotify over 30 million times…

“On the Widow’s Walk” is Jake Smith’s seventh album in this format and it’s 11 tracks weigh in at a shade over 42 minutes. He is joined by Shooter Jennings, who brings his alternative country perspective to the production of this album, as well as playing piano and keyboard on it.

Let’s see if this album is the punch line to a bad Dad joke.

“Problem Solution” immediately solved the riddle. It opened with a really pleasant country sound, but the star was the abundantly clever lyrics. All through this track the lyrics shared their confusion about everything, encouraging the listener to tell him what’s wrong with his brain and what’s wrong with a range of things that he is doing. Crikey… folks tell me all the time what they think I am doing is wrong, or that they think that the beliefs that I have are wrong. The lyrics were clear and accessible and the track had a rich and honest feel all the way through. It encouraged me to “just get through the day”, a feeling that I have employed many times.

As an aside, I usually share lyrics when they grab my attention. I’m not going to do that for this album. More on that later.

“The Drifter” was surprisingly not about a limited run of Chrysler Valiant utes and panel vans with iconic ‘70s striping… It drifted in with a much slower tempo and was more reflective and poignant in nature. It spoke of losing all of our dreams, but holding onto a flicker of hope. Simple acoustic guitar and bass opened the track, with a slow and measured approach utilised. Smith’s voice stepped up occasionally, showcasing his ability to add atmosphere. The track was again rich in lyrical wonder, speaking of using alcohol to wash problems away and accepting ownership of one’s present predicaments. Again, close to home…

“No History” had an energetic opening, with robust percussion and clever guitar work that had my foot tapping. The lyrics were again masterful – just take that as read from now on – and it had me hanging on every word. The guitars slipped in and out with deceptive effectiveness and this track resonated with me on a deep level. It rollicked along right to the end.

“Sycamore” grew slowly, with a blues sound, incorporating wispy keyboards and a raw acoustic production. It was a track about loss and longing. The keyboards added a sense of melancholy. It was simple and strong in emotion.

“Come on Shorty” cracked open with a groovy swagger and the guitar work really got my attention. The track then built in complexity, with some clever interjections of slide guitar to add to the flavour. It was a reflective track about the ending of a relationship because of the infidelity of a partner. Yep, I’ve been here too…

“Cursive” flowed with a slow, emotional grace and Smith’s vocals had the suggestion of a quiver, adding a surprising depth of impact. The vocals continued to grow in emotional intensity and just when I thought there was no more, I was blindsided once again. The track shifted gears effortlessly and it shared its messages about love and not wanting to lose it.

“Faster than Fire” burst forth with a heavy, pounding intro that was a precursor to a thicker, more urgent sound. It had a totally different feel and could have been from a different album. It included some odd keyboard interjections and the now signature tempo shifts. This one didn’t grab me as much as the other tracks.

“Widow’s Walk” sauntered in with the blues folk feel used previously. It was about loss, sadness, loneliness and feeling alone. Smith’s wails in this track made the hair on the back of my arms stand on end. Echoing guitar parts also added to the tense emotional landscape. It was also sad and quite disturbing…

“River of Love and Loss” flowed in with a beautiful acoustic opening. It had some good advice right off the bat – listen to your mum. Parts of this track were tribal sounding and a surprising, yet welcome and appreciated addition was that of violin. This was peppered with a whip crack/ clapping sound and it finished with whistling – all tools that enhanced the landscape. This track was quite challenging, with some intensely dark themes wrapped up in innocuous packaging.

“The Rapture”. Right. In “The Silence of the Lambs” I was challenged by the fact that I bonded with Hannibal Lecter. Such monstrous depravity was served in manner that was easily digested. In this vein, Rammstein’s “Mein Teil” is about two people who met on the dark web, where one slowly carved up the other and they cooked and both ate what was served. I sing along to it, happily. This track sits beside those two tales, if taken literally. It’s like every primal urge was crammed into one song, but served with enough deception and seasoning to be palatable. It was complex, disturbing and sinister: yet enjoyable and cleverly shared.

“I Don’t Know A Thing About Love” returned to the unhurried style of previous tracks. It was pretty, a love letter to a partner. An instrumental interlude added rich ambience and it was about longing to love and to be loved. This was a superb way to end this album.

You’re probably scratching your head a little after reading all of the above. Was all that really on this album?

Early in the piece I said that I would not share lyrics that grabbed my attention. Firstly, there were so many that my already bloated review style would become even more of a lumbering behemoth. Secondly, I did not want to spoil your listening experience. The lyrics are THAT GOOD. You deserve to experience the album as it is intended, thinking, “Did I just hear that? Is it literal or figurative? THAT CAN’T be what they MEAN…”

At one point I wrote, “As a writer, I am hanging on every word: simultaneously in awe of the lyrics and keen to travel to where they will take me next.”

Every track told a unique story. This was a journey of everyday life, but the way that the lighter aspects and the darker shades were used to bring our daily existence into focus was masterful. As an album it stands up, but it’s not a long story. It’s a series of vignettes.

I got a sense that some of this album was done in one-shot takes – it had that raw, but powerful, feel. It was honest, strong and clear. It had a truth and sincerity about it that resonated amongst the current landscape of our lives.

So, back to the beginning, where I spoke of avoiding country/ blues music because I used it as a punchline in a bad dad joke.

In this case, the joke’s on me.