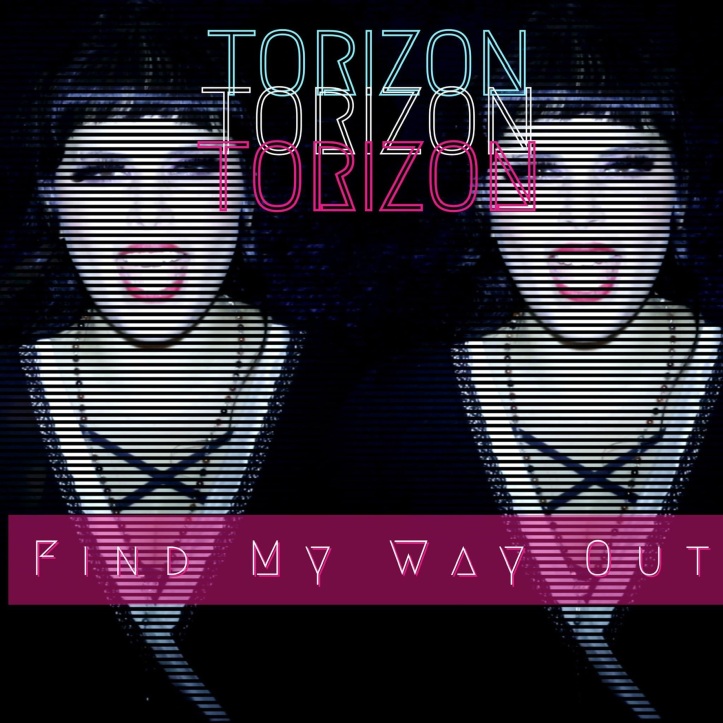 I first saw Torizon when we were gong to a Darkcell gig. We were running a bit late and I was irritated because I like to see each band.

When we got into the venue I was making a beeline for the bar, when I heard THAT voice and THAT sound. I was drawn to the stage and forgot about beer.

Mish and Torizon command attention whenever they play. They have a tightness of sound that is testimony to their hard work and the understanding between them.

Their soon to be released single “Find My Way Out” hit my inbox last night. I’m not saying that grabbed my attention, but I reckon the neighbours like it and our parrot is now singing parts of the song – apparently they do that with repetitive sounds…

Here’s what Torizon had to say about this release:

“Recorded in isolation amidst the global COVID-19 lockdown, the song packs a punch with heavy driven tremolo picked verses, anthemic choruses and tastefully curated guitar outros featuring Robb as a guest guitarist. This dynamic single showcases the four-piece’s signature Heavy Rock/Alternative sound that expertly interweaves raw and emotive melodies with heavy hitting groove. The band builds and resolves tension seamlessly by creating a push & pull between all instruments and Mish’s vocals throughout the entirety of the song.

The track tackles the complex issue of emotional abuse and gaslighting head-on, offering some frank insights underpinned by painful personal experiences. The song resolves by giving the victim an empowering position to take control and leave an abusive relationship.

Mish explains “I wrote this song after coming out of an emotionally abusive musical relationship. I didn’t realise that I was a victim of gaslighting to the point where I prioritised keeping the peace over my physical and mental health. After ending that relationship and taking some time to reflect, I came to terms with how the abuser erodes your self esteem a little at a time in such a subtle manner that you don’t feel it happening. When you bring up your concerns, you end up getting blamed for it or accused of being overly sensitive or overreacting. This behaviour can continue after the relationship has ended which was the case in my personal experience. I continued to get abusive messages, my email was hacked a couple of times after I decided to cease contact and take my power back. I want people to know that if you find yourself in a similar situation, find your way out because you deserve love, happiness and safety”

Right. What did I get out of it?

Up front, as a school principal I work with many families who have experienced a range of social torments, including emotional abuse and domestic violence.

This track gave me chills as I travelled it’s journey of pain and empowerment, as many of its themes fitted the tales that I have heard from families – of someone feeding off another like a parasite, being spat at in the face and about reclaiming your pride. The lyrics were masterful.

It started powerfully, with its robust sound and intensity immediately apparent. The engineering is was inspired, weaving the layers of instruments and the vocals with artful intent – the aforementioned push-pull, if you will. The cohesive nature of the band was also clear all the way through, with the sound tight and clean. I also really enjoyed the guitar work – powerful riffs and a progression that had me humming along from the beginning.

Mish’s vocals had their trademark range and power, but an urgent monologue-like interlude at the end was an added bonus.

This was metal with a message, dense sound for a weighty issue.

So, what’s next for Torizon?

The single is realised on the 13th of June.

When the bananavirus finally splits, they have tours of Australian and East Asia in the works and plans to record their debut album in Los Angeles.