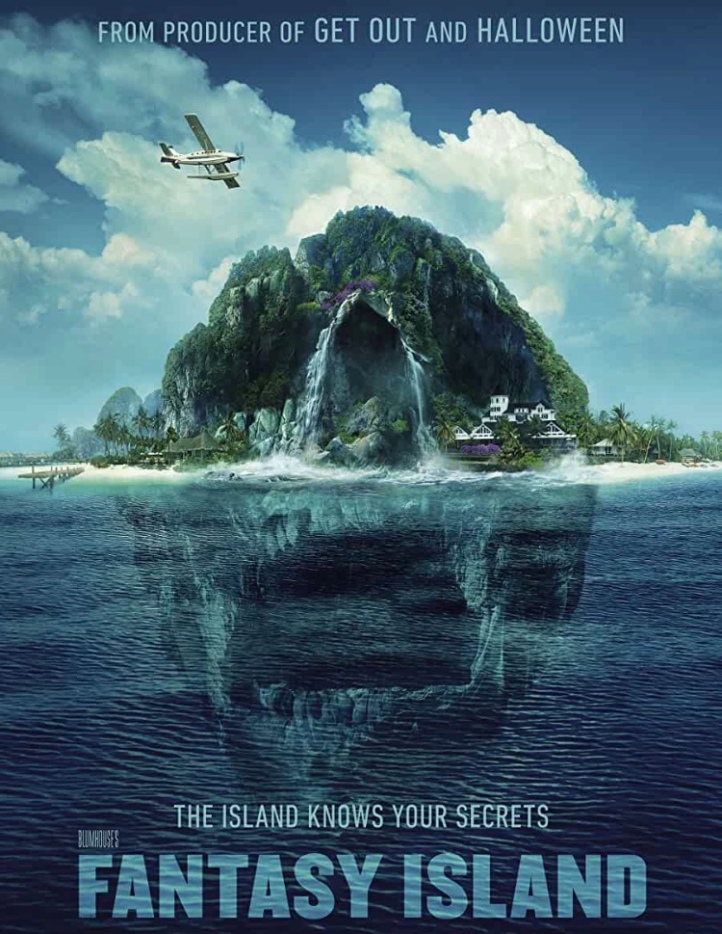 The enigmatic Mr. Roarke makes the secret dreams of his lucky guests come true at a luxurious but remote tropical resort. But when the fantasies turn into nightmares, the guests have to solve the island’s mystery in order to escape with their lives.

Regardless of the original source material, many of these “classic” television series make their way to the big screen as over the top comedies.  Think about The Brady Bunch, Starsky and Hutch, Baywatch, Chips… the list goes on and on.  These films generally lean far too hard into the ridiculous, and spoof the original series.  That is what I expected this Fantasy Island film to be.

Let’s be honest, the original premise of the series is kinda perfect for an over the top spoof, so that’s what I expected.

Now, obviously I went in to this knowing nothing about the movie, because it is far from a spoof.  It’s also very much removed from the original series.  This is a horror movie.  Yes, you read that correctly, it’s a horror.

I clicked to that early on after seeing the Blumhouse logo, and I was very intrigued as to how they would pull the horror elements in to the original themes.  As it turns out, it makes complete sense – you’re on an island where your greatest fantasies can become reality – so, if your biggest fantasy is to torture that high school bully, let’s do it…

Now, this is never going to make any bodies lists of classic horror films, but it was well done.  The writing (by Jeff Wadlow and Jillian Jacobs) is quite good.  They take the different story arcs of several characters and tie them together very well, plus they manage to swerve the viewer with several twists and turns.

Wadlow also directs (check out his 2005 film, Cry Wolf!) a relatively strong cast featuring the amazing Michael Pena, Maggie Q, Lucy Hale, Jimmy O Yang and Michael Rooker.  While this film isn’t enough to consider any of these actors (with the exception of Pena and Rooker who are already quite successful) as a break out star, I am sure that they will all have decent careers.

Maybe it’s just because it’s the opposite of what I expected, but I did thoroughly enjoy Fantasy Island.  Great twists and turns, well written, and a good deal of fun.