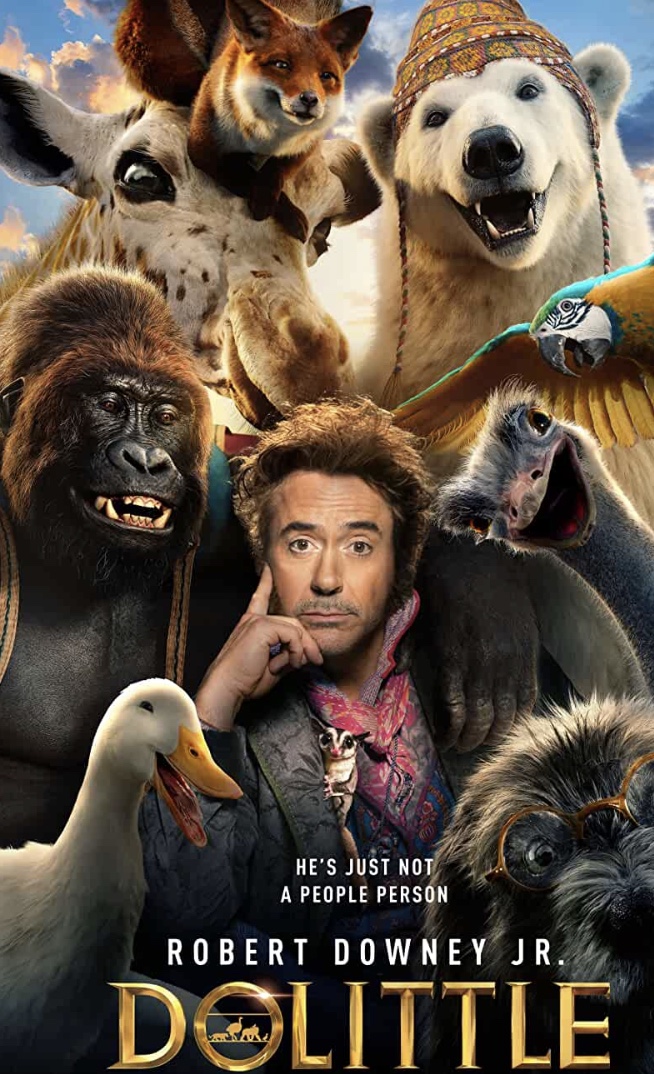 A physician who can talk to animals embarks on an adventure to find a legendary island with a young apprentice and a crew of strange pets.

For his first non Iron Man/Marvel role since 2014, Robert Downey Jnr has opted to dive headfirst in to a light hearted family film, and while most of what I have read doesn’t sing the praises of this film at all, I thought it was a nice, warm, slightly goofy family adventure film.

Written and directed by Stephan Gaghan, who has been known for much more dramatic films (Traffic, Syriana, Gold) until now, provides quite a few laughs, some warm moments, and all in all, paints a picture of a band of misfits coming together to become a family.

The effects and CGI are fantastic, and although this film may come across as a little “eager to please” at times, you must remember that this is a “talking animal movie” and is thusly aimed mostly at kids – and as a bit of a child myself, I thoroughly enjoyed it.

Critics be damned- if they wanted depth and deep meaning, they should have watched something else.

This is a kids/family movie, so enjoy it for what it is, and don’t try to turn it in to something it’s not.

If nothing else, it’s better than the Eddie Murphy versions…