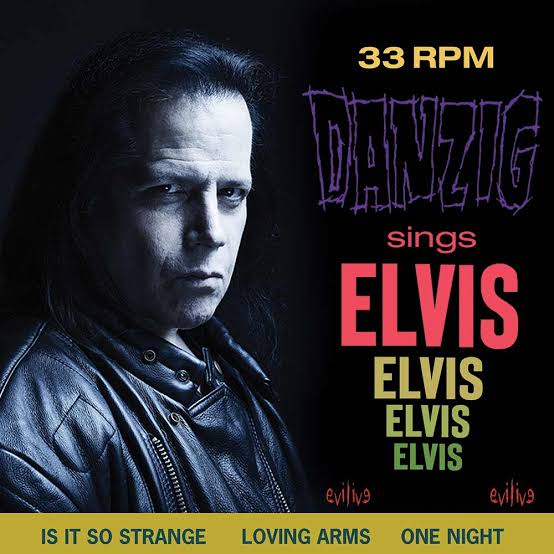 Glenn Danzig has always been nothing short of forthcoming about his love of Elvis Presley, so the only real surprise about this record, is that it is coming so late in Danzig’s career.  But perhaps the timing is perfect…

Yes, the “Sings Elvis” title is a dead giveaway of just what exactly this album is, but don’t expect to hear Jailhouse Rock or any of the most widely known Elvis Presley tracks.  Glenn Danzig is shooting for lesser known numbers here, and that is a great thing. Deep cuts like First in Line, When it Rains it Really Pours and Is It So Strange are front and centre – and if this sparks anybody to go and listen to the originals for the first time, then this album has accomplished something important.

Unless you are a massive Elvis fan yourself, you probably won’t know the majority of these songs, which gives them a sense of freshness.  It also has to be said, if you have come to this record looking for hard rock versions of these tracks, you have come to the wrong place.  These are as close to the originals as possible.

Danzig sounds phenomenal on all of these songs, and his passion for the original material completely shines through.  He is paying tribute to an artist that he holds in such high esteem, and every detail has been given consideration, right down to the production values – the vocals have had a touch of tinny reverb added, which makes each song sound like it was recorded in the 50’s.

At this stage of his career, it’s safe to assume that Danzig is at a place where he can put out a passion project like this, without counting on it making him a tonne of money, because it likely won’t be a huge seller, but that’s part of the appeal for me too – Aside from being a fan of both Elvis, and Danzig, the fact that this project comes from a place of passion, rather than being an ego driven cash grab, makes it that much easier to listen to.

This was a really enjoyable listen from start to finish, and with a relatively short 39 minute play length, it’s time well spent.