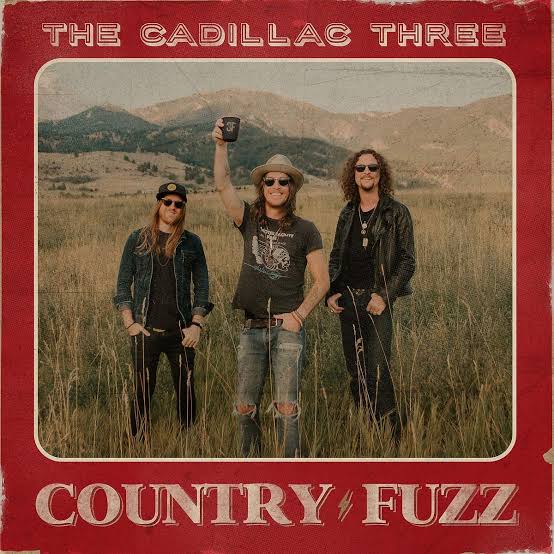 The Cadillac Three are a southern rock band, who lean more towards the country side of things.  Based in Nashville, and formed in 2011, the band have previously released three quality albums full of fuzzy country fried southern rock.  Now, here comes the fourth, the aptly named Country Fuzz.

This album is full of anthems that are catchy as all hell.  The lyrics will be relatable to a wide variety of listeners, and the guitar playing is phenomenal.

It’s music for beer drinkers (Bar Round Here, Crackin’ Cold Ones With the Boys), people who love a Sunday cruise in a hotted up vehicle (Slow Rollin’), and rednecks and hell raisers (Hard Out Here For A Country Boy, Raise Hell).

While the fuzzy riffing is the dominant element of the record, a track like All the Makings of A Saturday Night also introduces a hint of funk to the mix, while a track like Jack Daniels Heart is almost pop rock – completely infectious, and the lyrics are totally fun.

Now, I’m not going to force this band down your throat.  They won’t appeal to die hard fans that listen to nothing but metal, but for those with a bit more of an open mind, The Cadillac Three make music that is perfect to accompany your weekend drinks.  There is no political agenda here – it’s all songs about drinking, and having a good time.

The Cadillac Three are awesome, and Country Fuzz might just be their best album to date.