After many years with his first band, Nix Dadry went solo. A much needed transition resulted in his debut album MAGIC WATER, which examined reflection, defiance and redemption as it was all about starting a clean slate.

His new release is an eclectic EP called SCREWFACE. This was recorded with his trusted co-producer Dan Willett who mixed, engineered & played bass. The mastering was done by Pete Maher whose clients include: Jack White, U2 & The Rolling Stones.

I don’t have a band name as I’m a solo artist. However, a name is very important. It should truly reflect the band’s music, image and lend itself to a cool logo!

Where are you based?

Give us the story of how the current project came together.

After many years with my first band I went through a bad phase which involved a lot of drinking. Thankfully I quit all that and started over. About 5 years ago I tried putting a new band together. I was looking in London and Birmingham because I know both cities but couldn’t find any kindred spirits. I decided to use my own name and work with musicians based on their availability.

It’s a 5 track EP called “Screwface”. Recorded in Birmingham UK with a great engineer/producer named Dan Willett. Some local musicians and singers came in to contribute. Since I love variety, each song has its own vibe but somehow they all fit together. So you’ve got rock, blues, funk, soul & grunge. Lyrical themes cover a range of topics whether they’re serious or humorous. My brother did the artwork and it was mastered by Pete Maher who has worked on records by Jack White, The Killers and Rolling Stones. 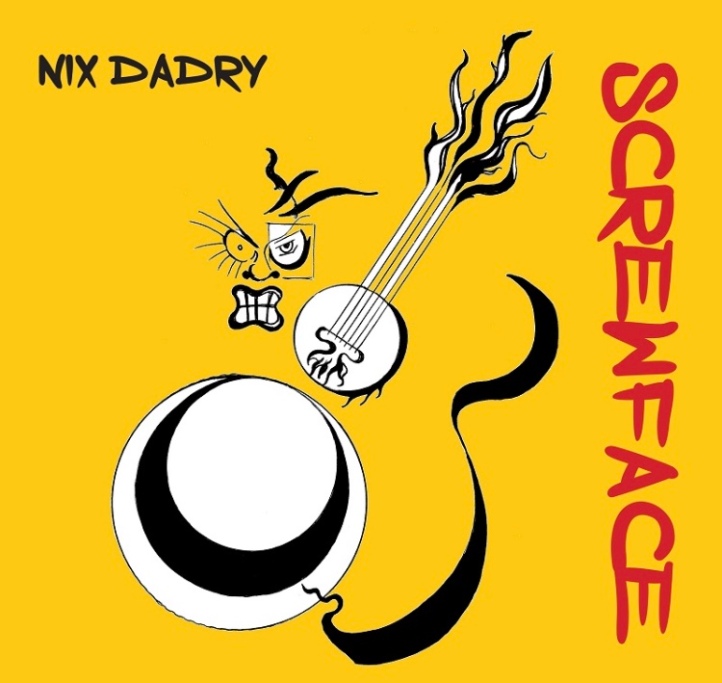 What are your goals for the future?

To play live as often as possible, travel to new places and find a wider audience.

When I can’t get musicians together, I go out and play solo acoustic shows. These are fun and easy but performing with a full band is way more satisfying. I believe in making a visual effort. A band should look cool as well as sounding great. I’m not the type to just stand there looking miserable! Entertaining the audience is really important.

Just planning some with artists I’ve recently become friends with. No confirmed dates yet.

What do you think sets you apart from others?

I don’t really fit in. My music is such a mixed bag and I don’t look like your usual rocker.

Explain why you think a new listener should give your music a go?

You never know what you might discover. I believe my songs are strong, memorable and cross over. Anyone is welcome to listen.

What has been your biggest achievement as a musician, so far?

These days, a lot of people judge you on social media followers and popularity so I’m not sure. I’m very proud of the work so far. All of it was done off my own back. I’ve financed an album, an EP, videos, overseen artwork, hustled gigs & even did a rock/rap collaboration with a hip-hop artist based in LA. Given that I’ve been through poverty, violence, racism & addiction, staying resilient has been the achievement.

As well as touring & making more records, I’d like to work with artists I really admire. I’ve written a song for Jack White and getting it to him would be awesome.

There you have it folks.  Go and check out the Screwface EP as soon as possible.