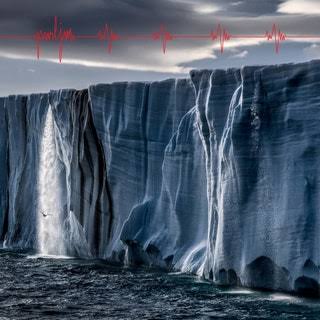 It’s an intriguing album, that charges forward with a couple of straight ahead rockers in Who Ever Said and Superblood Wolfmoon.  Pearl Jam aren’t as youthful as they once were, but they can certainly still deliver energetic and anthemic music.

The first single, Dance of the Clairvoyants, caught me by surprise when it was first released.  I have to admit that I wasn’t a huge fan of this Bowie meets Talking Heads meets The Killers track, but it grew on me, and now I love it.  The fact that it is so different to anything from the bands extensive back catalogue is what makes it so different, but it’s great.

Quick Escape seems like a straight up rock song, but there is a lot going on beneath the surface, and the lyrics are marvellous.

Almost everything that follows lacks the energy promised in the first four tracks, but that’s not to say that there’s nothing worth listening to.  In fact, it’s all really good material.

Seven O’clock is wonderfully laid back, with swirling soundscapes and another fantastic set of lyrics sung with a tonne of feeling by Eddie Vedder.

Never Destination and Take The Long Way are a pair of songs that do bring back a great deal of energy, plus a decent helping of attitude.  The guitars in these tracks are some of the best of the entire record, making both album highlight for sure.

Buckle Up is gentle, but has a certain shuffle to it, while Comes Then Goes is a six minute ballad and Retrograde reminds me a lot of the Yield album.  The latter two songs also have a lot in common with Eddie Vedders solo work on the Into the Wild soundtrack.

Album closer, River Cross, is an epic Springsteen-esque number, that really focusses on the story that the band is telling.  Aside from Vedders impassioned vocal, the drumming on this song is a thing of beauty.

Overall, Gigaton is not a career best album, but it is Pearl Jams best since Yield.  It’s a lengthy listen at 57 minutes, but will definitely make long time fans of the band happy.