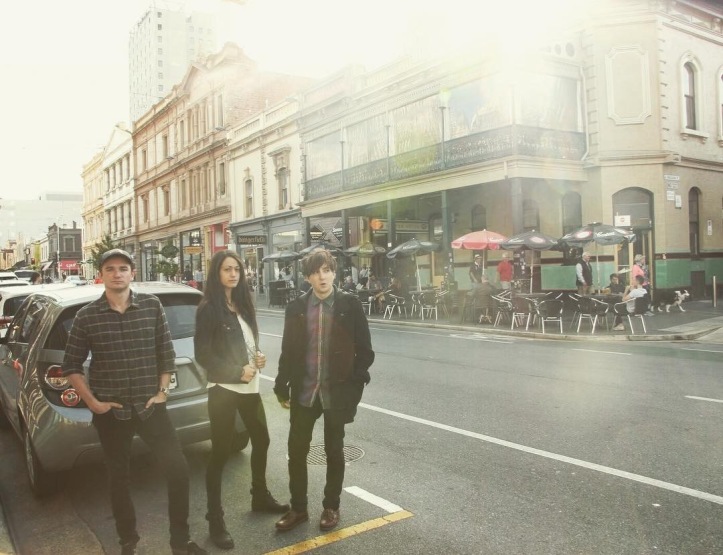 The Adelaide freakers otherwise known as Attonbitus are back with the new single  ‘This Is The Tale Of Muddy Balls’ from their forthcoming 2nd album (Some of Us Might Die).

Attionbitus met whilst studying at the Conservatorium of Adelaide University and since then have been meshing and wrangling their own spin on Art Rock.

‘This Is The Tale Of Muddy Balls’ is the first slab of music since the release of debut album ‘David Street’ in 2018.

This is the tale of muddy balls is the first track on the lead up to a concept album. It is about a post-apocalyptic mutant who before WW3 was a pharmacist working in his lab. After the bombs dropped he was radiated, overdoses on the substances he was working on and dies. 50 years later he comes back to life and now has the ability to sweat out LSD, sneeze scopolamine and drools heroin. He believes that when he overdosed he was set free, so now he wants to set everyone free.

“This Brittle smirk is just a reactive twitch for feeling tickety boo, and if you were to be so kind to offer me the satisfaction in satisfying you, why don’t you get a little high, you’ll never know; some of us might die” – Michael Brigante

Attionbitus continue to do things their own way with a sonic mesh that sits somewhere in between Primus, Mr Bungle whilst crashing Peter Tosh’s party!

‘This Is The Tale Of Muddy Balls’ is available now on all digital platforms. 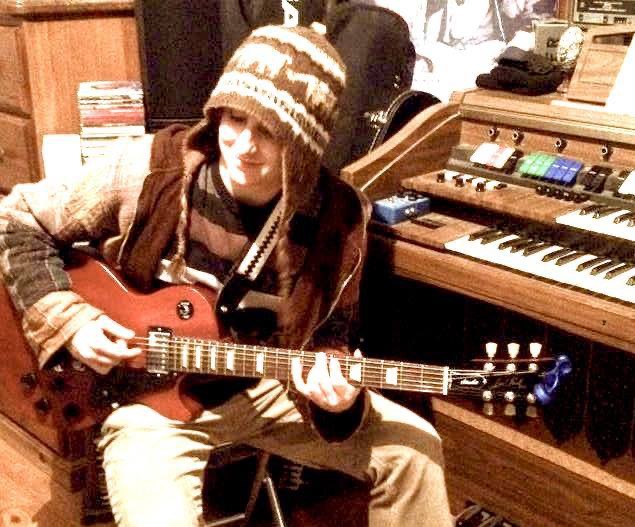 To get to know this unique band a little more, Shayne chats with them about all things Attonbitus, as part of our ongoing “Introducing..” series of interviews…

Attonbitus is a latin word with a couple of meanings being “stunned, frantic, and still”. I think I take allot of relation to the word because it kinda relates to our nature to seek purpose. Without a God, we tend to find our self’s becoming busy for the sheer sake of purpose. We feel paralysed in its wake of possibilities, we feel frantic to get things done. When we are finished we tend to sit in a moment of stillness, a rather uncomfortable silence. We may have accomplished the very goals that where in front of us, but we know that life in itself is just one endless cycle of problem solving. that cycle, that chase we find ourself in every day, I think that is what Attonbitus represents.

Since 2015 we performed for the first time at my final year uni ensemble at Adelaide university’s Conservatorium.

A Kinda reggae psych rock, with a bit of post punk.

I met Shivon at the reception desk of my university. from what I recall I was riding my long board into uni every day, and I was always walking around campus with it. As as I was sitting at reception Shivon caught sight of me and comment “wow that’s a mighty skateboard”, it was safe to say our friendship started there; I think it was our shared values with music and the likes of other ideas that really got us talking. The original drummer Alex I had met a year before doing certificate 4 in music tech. back then we didn’t like each other that much. We did butt heads a bit; but after some years apart and time too grow we started to come to understand each other and become good friends. We formed together as a group in 2015 at my final year ensemble at Adelaide university Conservatorium. It was that point forward we decided to form the band.

We have a variety of influences, bands we appreciate allot vary from The Doors to the Beatles, Primus, Tool, Rage against the Machine, Bob Dylan and many more.. 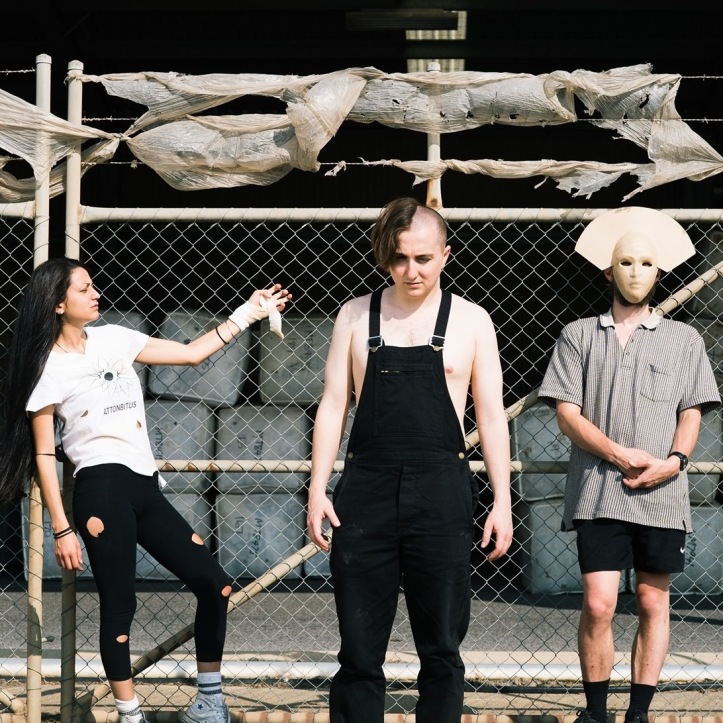 This is the Tale of Muddy Balls is a concept track on the lead up to a concept album. This track is about a post-apocalyptic mutant who before WW3 was a pharmacist working in his lab. After the bombs dropped he was radiated, overdoses on the substances he was working on and dies. 50 years later he comes back to life and now has the ability to sweat out LSD sneezes scopolamine and drools heroin. he believes that when he overdosed he was set free, so now he wants to set everyone free.

I think our biggest ambitions for the band is to play festivals and tour. We would like to get our show on the road and play at festivals around the country.

We like to display allot of theatrics; keeping dialogue with our audience is important as we like to keep everybody engaged. I tend to get into character before my shows, and Shivon and myself always humorously bicker between each other on the stage, which tends to get the audience laughing.

After finishing our launch we are keeping it a little easy before we start playing, we got a couple of gigs lined up and in discussions for coming months, though this is something yet to be advertised.

I think people like our music because we are giving them something different. I know I’m not one for the trend chase and I kinda hate that talk that you have to appeal to an audience. The truth is, the audience doesn’t know what they like; most of what gains interest is on a level that is relatable, and what is relatable is authentic and genuine. People can see strait through something trying too hard to be liked or fit in. chasing a trend is just depressing because you find yourself focusing too much on how others perceive you. It’s not about whether people are gonna like you, its about your experience, how it has effected you, how it makes you feel, how it has shaped your perceived world and the cognitive dissonance conflicting with your ideal world, that’s how your write a relatable story; your values should come before what others think of you. Think for yourself and people tend to respect that. 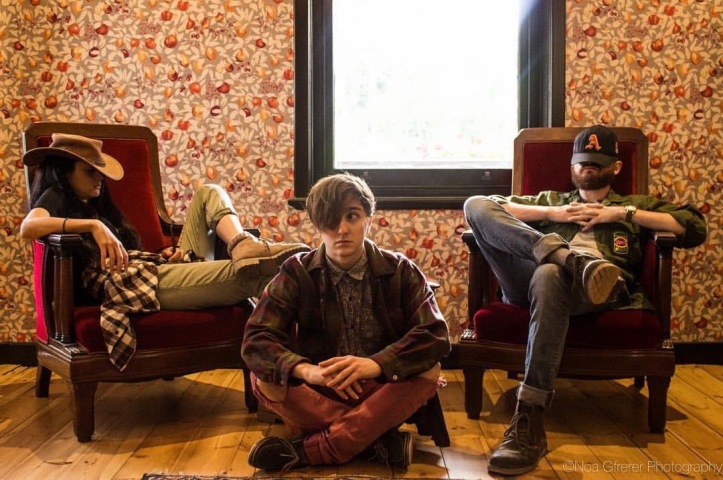 I’m not sure how I would convince someone to listen to our music. I find it difficult because it’s really hard to pigeon hole us. The best I could say is what we are not, we are not going to preach or tell you how you should be or how you should think, we are not going to engage in any nature of self pity. We just want to tell a story, it’s up to you to make up your own mind about us. We are simply a bunch of Adelaide bumpkins making music and telling stories. If you don’t like us we do ask you to tell all your friends about how much you dislike us and then maybe give them a link to our Spotify.

I would say releasing an album and supporting Frenzal Rom.

Finish our second album and put on a crazy launch party.