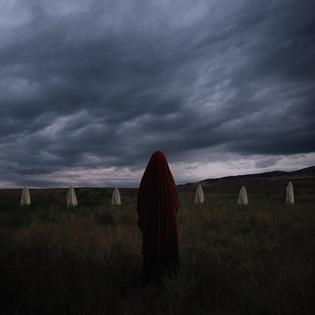 Clint Lowery is mostly known for his work with Sevendust as their lead guitarist, but as he demonstrates on his first full length solo release, there is much more to this musician.

“God Bless the Renegades” showcases a very accessible style of hard rock music, sharing a lot in common with bands like Nickelback and Three Days Grace.  Lowery plays all instruments on the record, as well as performing all lead vocals – and he is quite the singer.

Understandably, the album features certain similarities to Sevendust, but it certainly stands well and truly on its own.  The title track is a very strong opener, with down tuned riffs, pulsating rhythms and a very solid vocal performance, while “Here” has a very catchy and modern style, that people can dance to.

“Kings” opens with echoing vocals, before giving way to a killer riff.  Aside from being an underrated guitarist, Lowery is a very good singer, and the record is really showcasing that so far.  “Alive” and “What’s the Matter” both feature a slightly more melodic sound, while sticking with a very riff driven base.

“You Go First” takes a step towards ballad territory, “Allowed To Run” features swirling melodies and a great deal of harmony, and “Silver Lining” features some unique guitar style, plus some of the best vocals of the entire record.

As we head towards the end of the album, “She’s Free” might just be the most commercially viable track on offer, while “Do We Fear God” has an unmistakable U2 vibe, thanks to some very Edge like guitar.

“God Bless the Renegades” is a very solid album from start to finish, utilising a variety of styles and elements, and bringing them together to form one cohesive sound.

Well worth a listen.