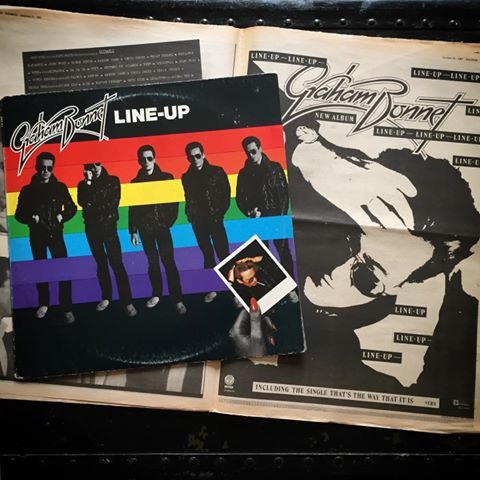 Cozy Powell, Micky Moody, Neil Murray, John Lord, Rick Parfitt and Francis Rossi…Graham sure pulled in some heavy hitters for his third solo album – the first after being kicked out of Rainbow for apparently refusing Richie Blackmore’s requests to grow his hair. I always loved his James Dean vibe – the fact that it went against the hard rock trends of the time makes it even better. And his voice – goes without saying that his powerhouse vocals rule. Unfortunately, half this album is great and the rest is a bit throwaway – I guess that’s just the way that it is…ahem ‘That’s The Way That It Is’ is a standout and what about the Russ Ballard written ’S.O.S.’? Fucken stellar as usual and is one of my favourite Ballard-penned songs. But then the cover of the Ronettes’ ‘Be My Baby’ is unneeded and there are a couple of boogie numbers that could be Status Quo b-sides. I’ve had this for over 20 years and I’ve always overrated it because a) I love Graham Bonnet and b) S.O.S. is a killer track, but ultimately, every time I listen to the whole album I feel disappointed. On my way to work once, I listened to S.O.S. on repeat for the whole 45 minute journey – seriously, the album is worth getting for that song alone.

I can’t remember when I first heard the song ‘Le Freak’, but it must’ve been on the radio in the late 70s coz all through the early 80s I always recognised the ‘ahh freak out’ motif. It wasn’t until I saw the music video on Rage in early 87 that I truely realised how great that song was. Niles Rodgers’ chattering, clear perspex guitar – what the fuck! So good. In the late 90s I bought all the 70s and 80s Chic stuff on vinyl while it was cheap. They all have some great songs and some throw away stuff, but between Niles’ innovative guitar and Bernard Edwards’ smooth bass lines, they’re all pretty enjoyable – as long as you’re not one of those ‘Death To Disco’ or ‘Disco Sucks’ types. This album isn’t one of their most acclaimed, but I reckon it’s got some great stuff on it. ‘Real People’, ‘I Got Protection’, ‘Rebels Are We’ – not as iconic as ‘Le Freak’…but what is? – are all killer smooth disco/funk numbers. As for the cover art; not sure who was in charge of that, but between the poor composition, horrible title treatment and colours, all the class of Chic’s music is totally misrepresented by something that looks like a dodgy K-Tel compilation. 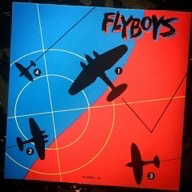 I got this about 20 years ago as a split album with hardcore band China White’s ‘Danger Zone’ E.P. and it’s lurked in the back of my collection after getting played once – well, shit on me, coz I listened to it this week and it friggen rips. Like a mixture of Spizz Energi circa ‘Where’s Captain Kirk’ and maybe the Sunnyboys on speed, this EP has the energy and tightness of the early US Hardcore bands but has a manic surf/pop bent. Cool shit. 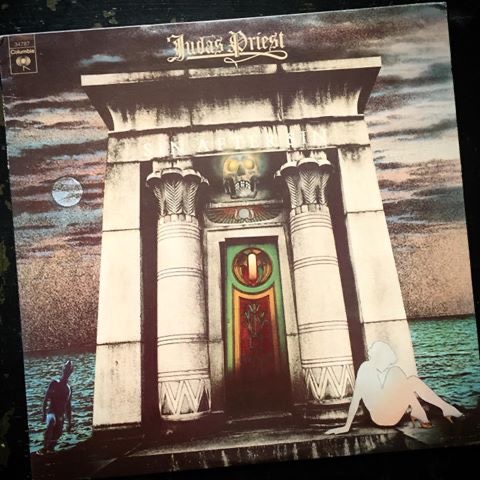 A lot of people seem to rate ‘Sad Wings of Destiny’, the album before this, as to where the real Judas Priest started. Maybe, maybe not, but for me, Sad Wings is boring and this is where Judas Priest really started to interest me. My first ever Priest album was Turbo in 86 and I’ve always loved the pop nature of that record. I think JP are at their best when they add pop hooks and this album is where that trend started. This has, in a couple of songs, the more ‘heavy metal’ elements that were also synonymous with later albums, but the best parts of this album are the hard rock elements – the driving riffs in ‘Sinner’ and ‘Starbreaker’ are standouts, but the piece de resistance is the slinky rock/funk hybrid of ‘Raw Deal’ – fucken superb. Love Halford’s voice on this album, too – there’s a little bit of his piercing shrill, but more of his lower register – love when he sings in the lower tones! Something about the cover I’ve always loved, too…like it’s been in a dank cellar and got covered in mould…old and authentic. Not really sure how the artwork relates to the title, but who cares – it just suits the music. Let me just say a couple of things about the ballad, ‘Last Rose Of Summer’ – I’d hate if JP did something like this on every album, but I absolutely love that they did it on this album. It’s almost bordering on Country pop – pretty bizarre for Priest, but it’s a cool anomaly and an addition that makes this album the gem that it is (but, yes, I hated that song when I got this back in ’87. Stupid kid).