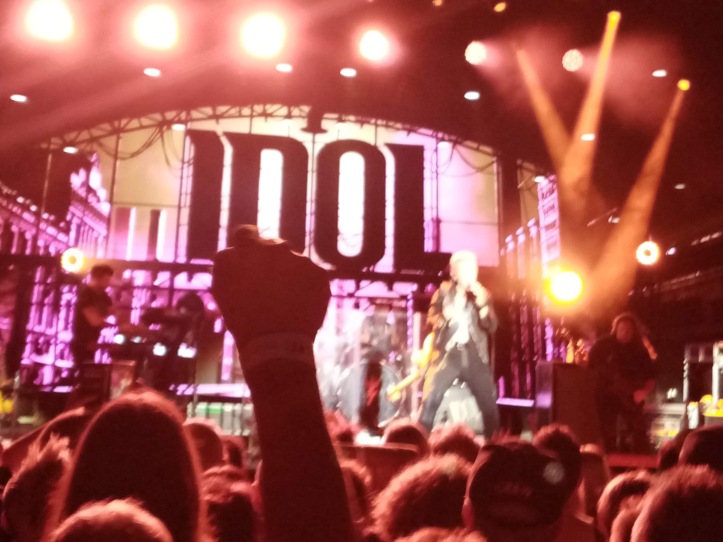 Have you ever driven somewhere, particularly a long trip, then thought, “Have we driven through that town yet?”

Shocked, you realise that you have indeed driven through the town, but have done something important on autopilot… 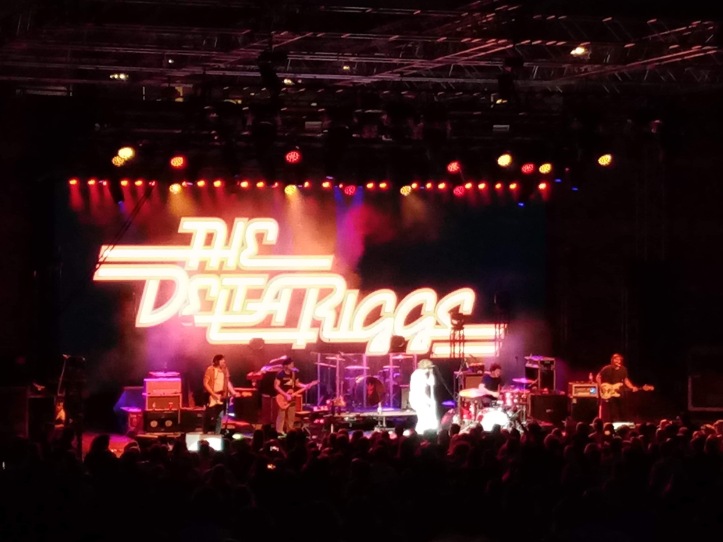 This was the first time that I have seen this band. On their Facebook page they list their genre as “Zig Zag” and their location as Gold Coast via Melbourne. They also list their band members as Michael Tremont, Elliott Hammond, Alex Markwell and Jesse J Pattinson.

They had a solid sound and a humble presence, recognising The Kids, the band that came before them. (Sadly, we didn’t get to see The Kids, as we had to travel to get to this gig.) Their energetic and enthusiastic style soon whipped the crowd up, as they encouraged us all to “party into the next day”.

At one stage they incorporated bongos, showing a diversity of sound and the ability to enhance their music with a range of instruments. Their music had many impressive layers and I particularly enjoyed the guitar work.

The vocalist was a squirrel with ADHD, constantly on the move, with his energy and enthusiasm front and centre. His voice held out and his banter with crowd drew us into their set.

This was rock with heart, a singular groove with an honest attitude. 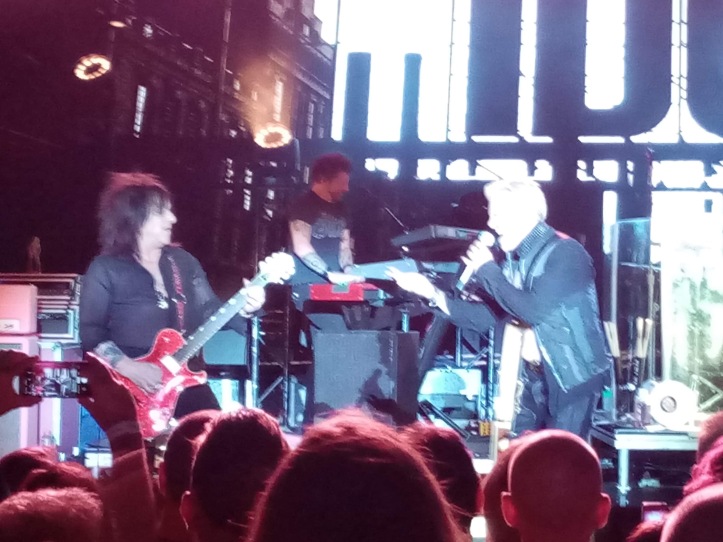 I saw Billy in about 1985 at the Brisbane Entertainment Centre. It has been a fond memory, with the show being of a very high standard. Or, perhaps my memory has enhanced it over time…

Billy came onto the stage, greeted by a rapturous frenzy by the crowd.

When he performed “The Ghost in My Guitar”, a tribute to his father, my beautiful wife shed a tear or two, as it was a poignant reminder for us all to appreciate those around us.

Billy’s voice was initially strong and he easily delivered the songs that we expected. “Eyes Without a Face”, “The Cradle of Love” and “Rebel Yell” were delivered with professionalism. He has a truly impressive back catalogue and he sang a mix of songs from across his considerable career, harking back to his Generation X days of 1977. 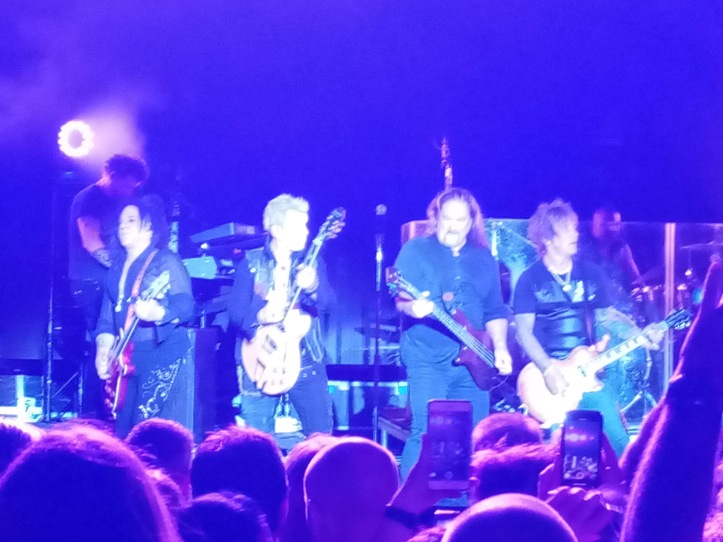 There were some acoustic versions of his songs, with Billy performing with Steve on an acoustic 12 string. These were engaging, an innovation on expectation.

He recognised the impact of the recent bushfires, giving a shoutout to the people from the emergency services and he announced that a percentage of the meet and greet and merchandise sales would go to help animals affected by the bushfires.

He knew how to work the stage and the crowd. At one point, he turned around, taking his jacket and shirt off and changing into other clothes. The crowd went wild!

The sound quality was good, with each song sounding like I expected. However, being outdoors in the middle of Brisbane, I imagine that they can only turn it up to 6 or so. It wasn’t loud enough. I LOVE going to a gig where you can feel the music as well as hear it.

The lighting of the stage was amazing. With no big screen that zoomed in on the performers, the screen at the back of the stage often showed various cityscapes – flaming, retro-futuristic and cyberpunk inspired themes were appropriate to Billy’s body of work.

Steve Steven’s talent on the guitar was undeniable. The sound he is able to wrangle out is always impressive, clean, technical and emotive. He featured in many of the songs and played a number of interludes, covering famous songs and riffs and running the guitar through a synthesiser to play some truly memorable licks. The sound morphed and melded into a spectacular beast with a life all its own.

But… I get it, Steve. You’re awesome. A little of this goes a long way. It was like that big piece of chocolate cake that you ordered. It’s what you expected – rich and delicious. You enjoy the first third of it. Then, it becomes a chore. Then, it makes you feel a little unwell, making you regret that you ordered it. Then, you’re kinda pleased when it’s gone… 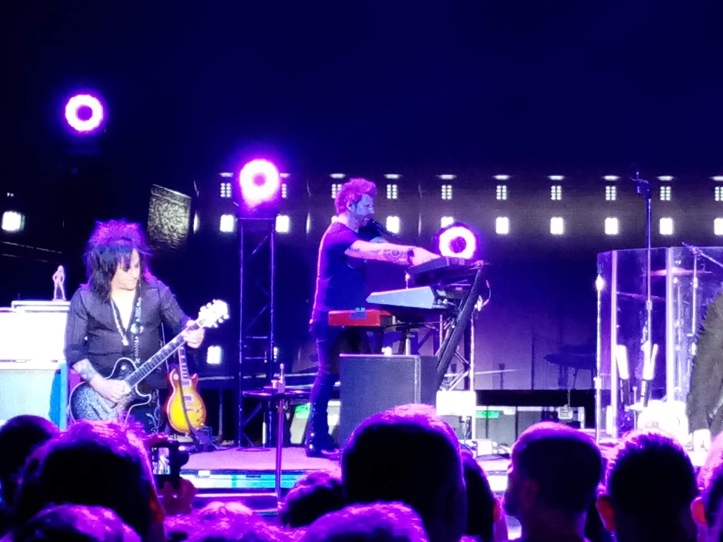 Billy proved to be no slouch on the guitar either, joining in on a few songs and performing competently.

You could argue that I got what I expected – great songs, performed professionally, with lots of clever guitar work. But, I got a sense of being treated contemptuously. This was intangible, but, it was there…

I also got a sense that Billy’s voice was becoming less rich. As the night wore on, when he spoke, his trademark voice became even more gravelled.

What it lacked was passion. It was pedestrian. Billy came on 15 minutes late and left 20 minutes early, with no encore. I understand that he is not obliged to play for that long, or to deliver an encore. Also, with a number of gigs on, he may well be conserving his voice. But, I still felt cheated.

This gig was like that long drive that you did, driving through a town without realising it. On autopilot, you got the job done.

On a personal note, my apologies for the photos. I am no photographer and usually take the photos on my iPhone X. Two weeks ago it died and has been sent away for assessment. I am using a cheap Huawei in the interim and it hates me. It knows that I am an Apple user and does all it can to make my life hell. Or, I am just not very smart…