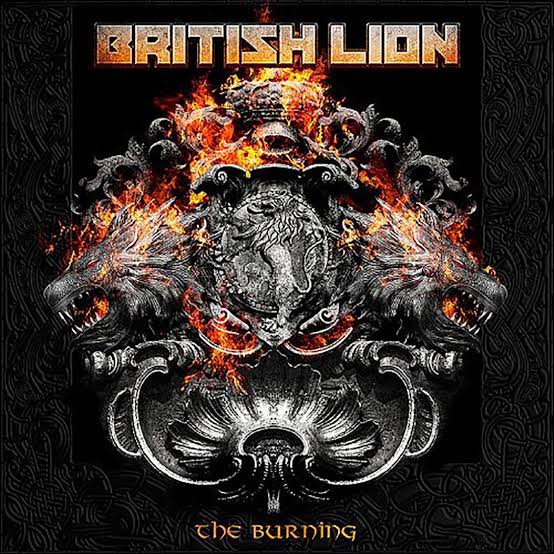 As an Iron Maiden fanboy, I really wanted to love this album from British Lion, featuring Steve Harris on bass guitar, but honestly, I t’s a difficult listen.

Musically it’s quite good.  It’s overflowing with fantastic bass lines, some completely original guitar work, and pounding drums – but I can’t get past the vocals.  Often, Richard Taylor’s voice doesn’t seem to mesh well with what the rest of the band is doing.  It’s not that he’s a bad singer, he’s actually great, there’s just a styles clash at work more often than not.

This second album is leaps and bounds ahead of its 2012 predecessor though.  I don’t love The Burning, but I flat out disliked the eponymous debut.

The album clocks in at an hour in length, with the majority of the tracks clocking in at an average of six minutes, which contributes greatly towards the album being a difficult listen.  A handful of the tracks do warrant the lengthier run time, but the majority could have been shortened, and would have benefitted for it.

The quality of the musicianship is clear, with catchy hooks and soaring melodies coming together to create songs that are at least engaging, and the production is crisp this time around – especially compared to the debut, which suffered from a very muddy production.

Unfortunately, I found myself struggling to stay interested in The Burning.  I would unknowingly start occupying myself with other things, and occasionally something would grab my attention and briefly bring me back to the album.

It’s a classic rock album, heavily influenced by the likes of U.F.O, and of course, Harris’s presence brings a distinct Iron Maiden flavour at times.

If I was to pick a stand out track, it would be Lightning.