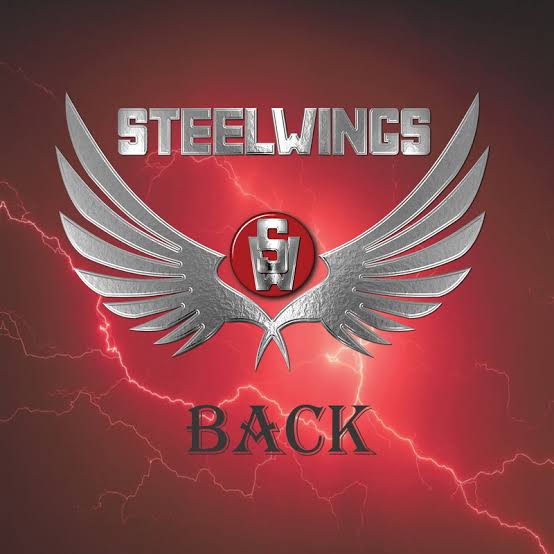 Upon listening to the new Steelwings album Back, I felt like I had been shoved into a time warp and somehow ended up back in the 80s.
The Swedish heavy metal/ hard rock group have been rocking it out since the 80s which is I guess why it felt like that.
The group of 5 has seen some changes in line up since then however are still gracing us with a familiar sound.
I do ask though, in a career that before now only released one album (In 1989) and several demos and a few singles why wait another 20 odd years to release a new album? Seems like a bit of a over the hill move.
In saying that though the album Back wasn’t half bad and there is some lively work done here. It was however very very old school and I’m not exactly sure how it will stand up in this new era against more modern and fresher sounds. But there are plenty of people out there (me included) that still listen to old school rock and metal, so this classic sound will appeal to that audience.
A bit of a breakdown for you
1. My Rock is Hot felt Rocky in an old school way with some great riffs and kind of took me back to ACDC styles.
2. Walk on Water had a longer intro that I couldn’t help but jive  along to. Vocally it was softer than the first track but still strong and catchy. Nothing not to like.
3. Nightmare gave us a drum beat intro followed by some fantastic riffs. Solid track!
4. Death or Gold was classic sounding that to me honestly didn’t feel as stand out as some of the other tracks however still had bite. Decent listening.
5. Walk in the Sky is mellow toned with its intro letting the guitar tell it’s own story. The vocal opens softly in tone before the whole track gets an uplift. Still a mild track in comparison to the others but without toning it to far down that you ask why is it there. Fits in perfectly.
6. Rock the Nation I found myself asking wtf. It sounded almost live and out of place. Sure it’s catchy enough but seemed off.
7. Back on the Road had that punch that really drives. I dug it. Heavier, fast paced. If you like the old school road trip type track then this one is 100% for you.
8. All Night, failed to excite me. They took it too far back in time I feel and it felt like it belonged there to stay.. where is that time machine?
9. Rock my Soul wasn’t a bad track but lacked a certain oomph to make it stand out. I got a bit bored by this track.
10. She knows what it takes was screamy both in vocal and guitar. I almost felt like I was listening to Guns and Roses in places. Great track. Another one that you find yourself really getting into.
11. Ride on, another more down toned track. Good one to listen to if you are a lyrical being like myself. Guitar wasn’t half bad either.
12. Won’t let you go away didn’t quite get there. The musical side of things was all peachy but still wasn’t something that really grabbed me on any sort of level it just was. Not bad not good. Just was.
In conclusion Back by Steelwings wasn’t a stand out but it was certainly not a dud. I recommend it to those that are already Steelwing fans (you won’t be disappointed) and also to those that love classic old school rock and metal sounds, there is pleasure to be found here. Give it a go..
6/10