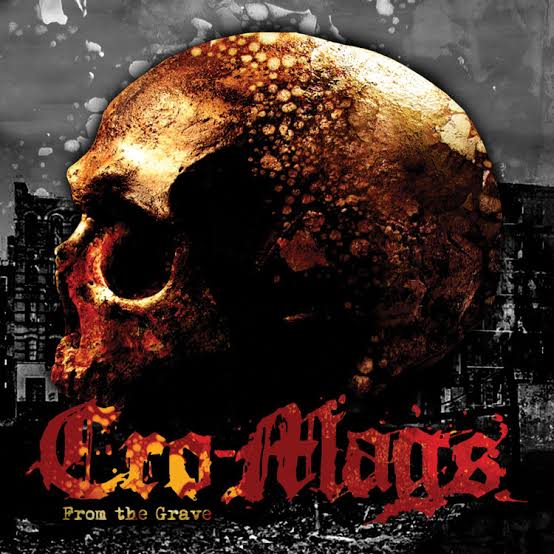 Formed in 1986, Cro-Mags have put together all sorts of interesting adventures – great music and a bitter legal battle about who gets to use the name.

“From the Grave” resurrected their music with a real banger. 20 seconds into it, I turned it up. It featured a seamless integration of lead and slide guitars to give it a compelling sound. It was fast and insistent punk that was chock full of rollicking riffs. The vocals were weighty and gravelled. The guitar solo was substantial, without being flashy or self-indulgent.

“PTSD” was no trauma. It treated a serious subject head on, with Harley Flanagan (bass and vocals) living with PTSD and he shared his struggles in this track. It was intense metal with a message. It cranked the pace up substantially, utilising a twin tempo, with most of the instruments travelling at breakneck speed, but with the guitars being a slower overlay.

“Between Wars” ended this campaign with a long instrumental offering. It included cellist Carlos Cooper, a classically trained musician and former gang member who has led a life… The sound was quiet and compelling, one of those tracks that encourages introspection. It was calm and atmospheric for its 6 and a half minutes.

The musicianship on this EP was robust and well performed. The three tracks were varied and diverse in nature and they showed that Cro-Mags are no cavemen, that they can deliver the noise.