Another Sunday, another Sixx Pack.  This is where we take a brief look at some albums that may have flown under our radar initially, but deserve to be heard.. 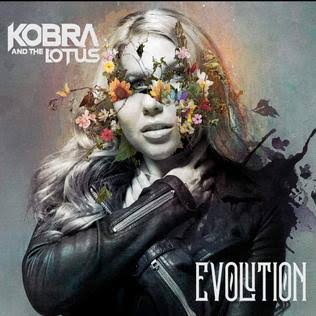 Massive hooks, staggering riffs, and exceptional vocals form the sound of this Calgary quintet.  On their sixth full length album, Evolution, the title says it all – there is definite and obvious evolution within the bands music.

The vocals from Kobra Paige really are the focal point of the record.  Full of harmony, but also offering moments of power when required.   Evolution is a fantastically put together album, and will be enjoyed by fans of many styles of rock and metal.  Burn! is a highlight for me, but tracks like Get the Fuck Outta Here and the title track are excellent as well.

The term “alternative rock” covers a lot of bases, and fittingly, so does the music of The Sad Flowers.  Their latest album, Desolation, ranges from gothic sounding and slightly ominous to distorted guitar driven rock.

At an hour and ten minutes in length, this does become a difficult listen. I really struggled to remain engaged with it by about the half way point, but a track like Payback Time was pretty cool. 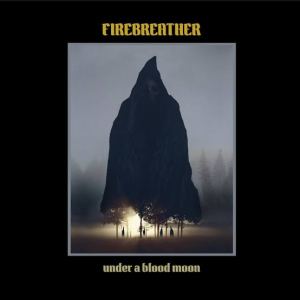 Doom metal is an acquired taste.  It’s not the sort of music that everybody will be in to, but Firebreather do it well.  Under A Blood Moon is nearly fifty minutes in length, spanning across six tracks, so these are all lengthy songs.

Massive buzzing riffs are the focal point, with an extended jam style to a lot of the pieces on offer here.  It is however, another relatively difficult listen, with closing track, The Siren, providing the only real highlight of this collection for me.

Melbourne mainstays, Sheriff, create interesting and slightly eccentric music that is fun and rocking, and easy to vibe with.  They even utilise a theramin, of all things – see, eccentric!  But it all works extremely well in the grand scheme of things.

Their music is rock at its core, but there are so many other elements that come together to form the basis of Sheriffs sound – country, horror movie soundtracks and at times, even straight forward metal.  The Album comes to us in the wake of several EPs, and with tracks like The Devils Tongue and March of the Flies, this has something for everybody.

For their second album, Saint Asonia come across as more of a fully formed band.  Don’t get me wrong, their debut was good, but Flawed Design takes them to the next level.  Adam Gontiers vocals are fantastic, and drip with commercial appeal, while Mike Mushok’s guitars are understated, and everything the songs need, without flashy showboating.

Guest appearances by Sharon Den Adel from Within Temptation and Sully Erna from Godsmack are welcome additions, with Sullys track, The Hunted, being one of the obvious highlights.  Saint Asonia deliver no frills rock music, that is very easy to enjoy.

Somewhat unbelievably, Angel of Light is only the influential NWOBHM bands fifth album, in an almost four decade career.  Possibly held back by a revolving door of line up changes, the bands music on this album is a raw sounding update on the classic British metal sound.

Angel of Light is doomy and atmospheric metal, with elements of power, groove, and of course, very traditional sounds.  The raw production adds to the “old school” feel, and the entire package provides a pretty killer listening experience.  Check out We Are Damned and Condemned for highlights.