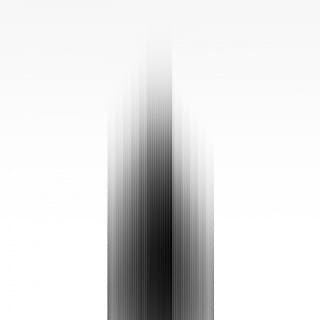 Have you got an answer? Hold onto it.

Sleep Token are a band that prize their anonymity and have an enormous sense of the theatrical. They wear masks so that the focus is in the music, not on the individuals. I don’t totally agree with this standpoint – it may generate MORE interest, as we attempt to determine the identity of the individuals.

Their work involves an enigmatic deity called “Sleep”. Their songs are called “rituals”. The artists are referred to as “Vessel 1”, “Vessel 2” etc. Each song is rife with vague and metaphorical lyrical content.

I reckon working out what yellow sounds like might be a tad easier than all that,  it you’ve already got an answer, haven’t you?

The album’s title of “Sundowning” piqued my interest. I found this reference: “Sun downing: a term used to describe the mental state associated with patients who suffer from dementia and delirium. Symptoms of restlessness, suspicion, hallucination, disorientation and anxiety are usually apparent at night, or sun down.”

“The Night Does Not Belong to God” opened with a handful of repetitive notes that reminded me of a phone’s ringtone. This was not what I was expecting… The sound was haunting and emotional, with a sense of longing being what I felt most strongly. There were subtle vocal variations that inspired interest and the shifts of sound and style gave the track a life of its own. The music felt considered and crafted. The early elements of the track faded, but then circled back. In some ways the music seemed sparse, but with more focus on my part, more was evident. It was cunning.

“The Offering” offered an electro opening that was machine- or clock-like. Substantial djent guitar riffs were one of the many layers and drop tuning gave it bite. It was plaintive and Vessel 1’s impressive vocal range was on display, with his upper register being particularly impressive. The brooding elements of the track built significantly as it progressed and the echoing and dischordant guitar conveyed a sense of menace. This track was a juxtaposition of solid components, with the percussion and it’s progression being a feature. The breakdown late in the track was excellent – through robust metal guitar riffs it signalled that things had gone bad. Then, the track closed out with an instrumental section that faded away…

“Levitate” floated up with a calm and quiet sound, with simple piano backing. The title of the track was apt – I indeed felt as if I was floating away. It was calm and clear for most of the track and I was waiting for it to break down or ramp up. It strengthened a little, but the floating nature continued until the end, leaving me with a subtle, bittersweet feeling.

“Dark Signs” had an opening that, surprise, surprise, was difficult to quantify. Electro? Bass? Buzz? Throb? No idea… but, this is Sleep Token after all. This track was dark and seedy, with the melody seeping through in a sinister fashion. There was a slipped beat in the melody that grabbed me – I kept listening for it, strengthening my bond with the music. This was insidiously clever. The track segwayed into an electro section, then the guitars waded in. It was a gradual building of sound and emotion.

“Higher” took my disquiet higher with an opening that included, “You are taking your time and you are killing me slow.” Well, that certainly grabbed my attention! Clever lyrics were sprinkled throughout the track and there were subtle shifts in character. Periods of the instruments playing without vocals added emotion, before the feeling fell apart with drop tuned guitars creating a nasty vibe.

“Take Aim” lined me up with higher pitched vocals against a plinking backdrop. The sound was soft and sweet all the way through. I waited for the nastiness, but it didn’t arrive… Sleep Token outwitted me again.

“Give” gave another cool and calm experience and I found myself making connections to other bands and personal experiences. Sleep Token! Quit messing with my head! This track was unhurried and simple, speaking of the soft discomfort of unravelling relationships.

“Gods” powered forth with drop tuned guitars. The gods must have been displeased, for the guitars were hard and angry and the vocals were rambunctious and gravelled. This track was dirty and nasty and it hooked me, as it was so very different from what I had experienced to this point. However, the musicianship was still at the high levels that had been established. It closed with breathing that sounded malevolent and frustrated. The gods were still displeased.

“Sugar” included the far from sweet, “Sugar, I’ve developed a taste for you…” The opening reminded me of a doorbell chime and this immediately added to my disquiet, as I had the inkling that all was not what it seemed… This track had masterful engineering – there was lots going on in the background, with elements soaring and sneaking in and out. I got a sense of addiction and infatuation. Things really fell apart at the end, enhancing my feelings that all was not sweet. The doorbell returned towards the end of the track and it lingered, before transforming into a troubled echo. Abruptly, the track ended. *Shivers.*

“Say that You Will” opened with a pulsating echo and Vessel 1’s haunting voice was at its inspirational best. The elements arrived with perfectly paced precision and the engineering again came to the fore. There were clashes and sounds that deepened and enriched the listening experience. After a brief pause, the track muscled up and the use of less vocals added to the atmosphere.

“Drag Me Under” opened with a simple, repetitive piano that was abundantly effective. It was a romantic ballad with transcendent and drifting vocals. It truly dragged me under.

“Blood Sport” had me wondering what game I was about to play… But, the title was somewhat misleading. It was a fitting finale, a tale of love, lust, betrayal and regret. It was relaxed in nature, with subtle piano melodies. The track built as it unfolded, becoming more heavy and robust. At the end, crying and sobbing over restrained piano gave an appropriate end to this emotion-charged journey.

I have struggled somewhat to convey the impact of this album. It was an experience in itself. I often found my attention wandering as I got lost in the music, making connections to other bands and remembering personal experiences. The band’s stated link to sleep is apt – I found myself lulled, relaxed, intrigued and floating away. It was an odd, though not unpleasant feeling.

The music was sad, melancholy, positive, powerful, emotional and dynamic. There were elements of pop, electronic, progressive, jazz and metal, a veritable crucible of influence. Every track was diverse in execution and composition and album-wide this offered a unique experience.

The quality of the musicians was of the highest order and there is really synergy amongst them. Vessel 1’s voice was emotional and effortless, with a wide range that is convincing.

Remember the definition of the album title? “Sun downing; a term used to describe the mental state associated with patients who suffer from dementia and delirium. Symptoms of restlessness, suspicion, hallucination, disorientation and anxiety are usually apparent at night, or sun down.”

This is PERFECT. It summed up what I felt. The music was both subtly obvious, simply complex and differently familiar. It seeped into my soul.

Don’t try to understand it: just feel it.

Oh, and after this album, I reckon yellow sounds like the number 7.