It was a cold, wet and windy night in Melbourne, perfect conditions to head out to a gig.

I drove in to 170 Russell, which takes almost an hour from my house – parked the car and headed in to the venue, only to find that my name is not on the list.  Shit!  That’s a long way to come for no reason… Lucky for me, I had great venue staff to deal with, and the problem was soon sorted.  In I went.

I grabbed myself a coke (I no longer drink) and found a position that gave me a good view of the stage, and settled in to watch The Omnific. 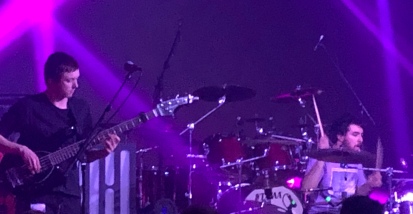 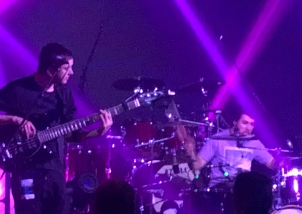 The Melbourne based progressive trio, feature two bass players and a drummer only, yet they still manage to deliver fantastically crafted, and intricate pieces of music.  Their latest EP, The Minds Eye, is a stunning release, and should be heard by all.  Unfortunately though, tonight the band play early, and the majority of punters are yet to arrive.

To the credit of The Omnific, the lack of crowd does not deter them from delivering on all levels tonight.  They are extremely tight, and gifted musicians, and their brand of progressive instrumental music translates very well to the live setting.  They are a young band, and have a tremendous future ahead of them.

Next up is I Built the Sky.  This gig is taking place just days after the release of their excellent, The Zenith Rise, record, so the band are full of energy and enthusiasm.  The crowd is still arriving, so once again, the band aren’t playing to a large amount of people, but regardless, they play like it’s the biggest show of their career.

On drums for I Built the Sky tonight, is Jerome Lematua, pulling double duty after also manning the kit for The Omnific.  He deserves a good amount of credit, because while both bands only play 30 minute sets, each group play a fairly demanding style of music.

Much like our openers, these guys also deliver on all levels tonight, running through an instrumental set that is completely engaging and fun.  These boys also have a bright future.

To the guy on my left who said “these instrumental bands all sound the same..” I say, you’re not listening properly.

Now for the headliner, Galactic Empire.  Coming to us from a galaxy far, far away…. 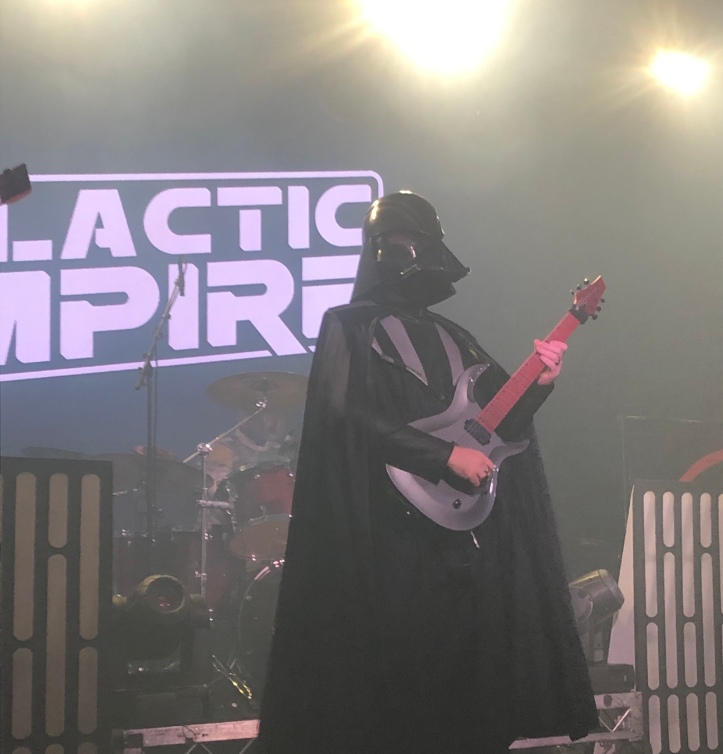 This is pretty cool stuff, and a great deal of fun.  For those of you who don’t know, this is a Star Wars themed band, playing metal-ised versions of John Williams original scores, while dressed as Darth Vader, Kylo Ren, a Storm Trooper, Bobba Fett and the Red Guard respectively.

They take the stage to cheers from the crowd, and after a few deep breaths from Vader, kick off with the main Star Wars theme.  I couldn’t help but smile as this unfolds in front of my eyes.

Galactic Empire don’t take themselves too seriously, but the music side is all business.  They are incredibly talented musicians, as demonstrated by their excellent metal  adaptations of the iconic music.

It’s a relatively short set, somewhere in the neighbourhood of an hour, but completely enjoyable.  At one stage a blow up Death Star is thrown out in to the crowd to act as a beach ball, and in another instance a fan is brought on stage to be “force choked” by Vader.  It’s funny and enjoyable stuff.

Three instrumental bands may not be your idea of a good gig, but I’m here to tell you it was awesome!