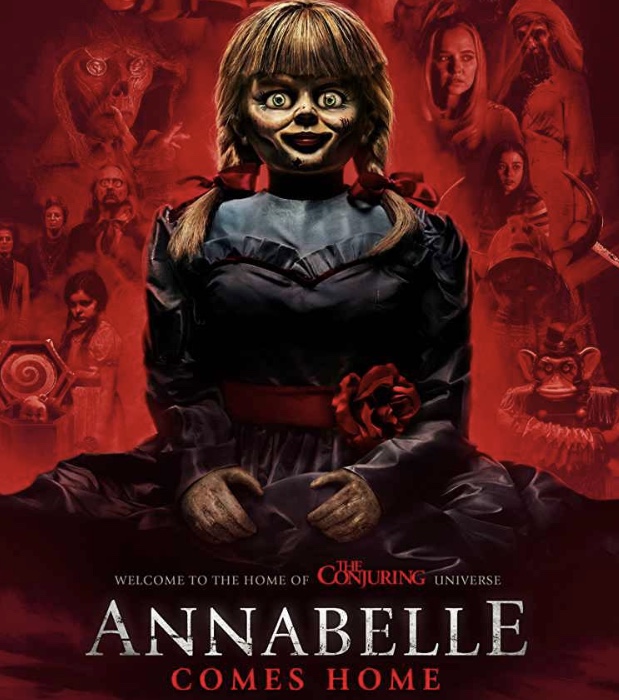 While babysitting the daughter of Ed and Lorraine Warren, a teenager and her friend unknowingly awaken an evil spirit trapped in a doll.

I thoroughly enjoy these movies.  Beginning with The Conjuring series, and spun off into prequels and sequels including Annabelle, The Nun and The Curse of La Llorna, this franchise is first and foremost prolific, spawning seven feature films in six years, with at least three more in various stages of production and development as we speak.

Is this franchise churning out films too quickly though?  Perhaps they need to slow down and take a little more time in crafting these films, because it’s fair to say that the quality has dropped progressively with each new release.

The Conjuring started strong, and even its sequel was pretty good.  Annabelle was good, where as Annabelle: Creation was average, The Nun was passable, and in this case, Annabelle Comes Home is only passable as well.

The premise is full of potential.  Baby sitter and friend, left to watch child in house full of haunted artefacts.  It could be great.  But it wasn’t, and that’s because it took far too long to get moving, and once it did, the results were largely underwhelming.

The acting is ok, the visuals are pretty good – the film is all set within the confines of the Warren house, and it looks good.  There are a few “jump scare” style moments, but we expect that in these movies now, so at least for me, they fail to garner the scare that they are aiming for.

The real life Lorraine Warren (played here by Vera Farmiga) sadly passed away just two months before this films release, so seeing the dedication to her at the end was a very nice touch.

These films are relatively cheap to make, and seem to do good business at the box office, so I fully expect that they will keep pushing them out, and watering them down until they run their course.  It’s only a matter of time…