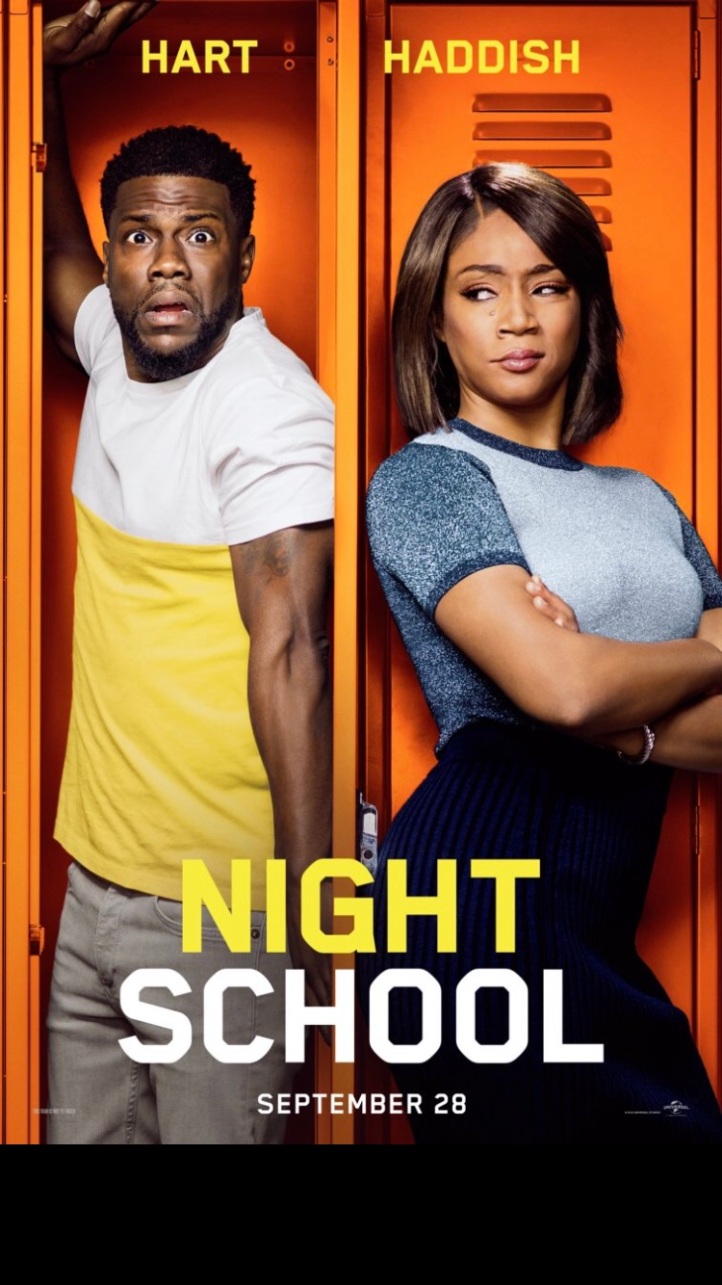 A group of high school dropouts are forced to attend night school in hope that they’ll pass the GED exam to finish high school.

I wanted to like this movie.  I appreciate Kevin Hart, but I think I like him better as a sidekick rather than a main player.  When he’s playing opposite Will Ferrell in Get Hard, or Ice Cube in the Ride Along movies or trading barbs with The Rock in Central Intelligence, that’s where Hart shines.

In Night School, Hart is surrounded by a decent supporting cast, including Rob Riggle, Tiffany Haddish, Taran Killam and Mary Lynn Rajskub, but is ultimately left to do the bulk of the work himself.  His is the main thread of the storyline after all..

Directed by Malcom D Lee from a script by Kevin Hart himself, among others, Night School is pretty predictable as it travels a path that has been done over and over again.  Guy gets out of his league girl, lies to her, does everything he can to make the lie reality, gets found out, makes things right…

There are plenty of laughs to be had, but they too are predictable gags that you can see coming from a mile away.  It’s mostly pretty run of the mill stuff.

It’s not bad, but if you don’t see it, you are not missing anything special.