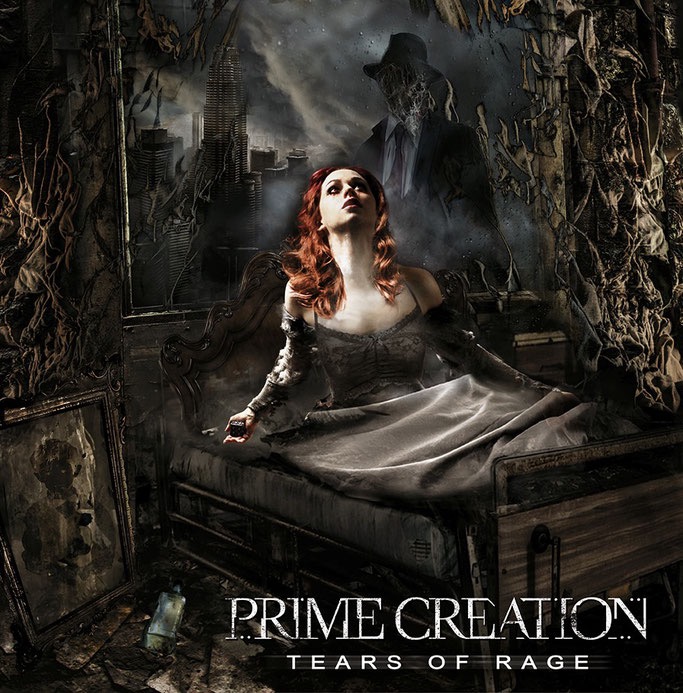 Already with their names, you can have an idea of who we’re talking about and what they might have created with their new album “Tears of Rage”, a spectacular metal work that balances a Nordic power metal with a melodic atmosphere; composed of nine extremely interesting pieces and equipped with great charge that manages to capture in its own spirals.

“Fingers Crossed”, a direct opener, carved and showing great arias produced by powerful guitars and a rhythmic engraved, a clean and powerful vocal accompanied by a refrain that manages to capture the attention, despite the structural complexity of the track, is easy to listen to and store, a magnificent ‘introduction’ to this album.
More impetuous is the following piece “Lost in the Shades”,  that always carries with it this gold engraved and powerful that gives the idea of what the band wants to express, a perfect symbiosis between the soul of Prime Creation and their music, the exact clarity of what their sound can convey, again great guitars and that bursting and always incisive musicality poised between power metal and melody.

Amazing is the third piece “Before the Rain” that shows Prime Creation’ gloomy side
and although it may seem gloomy as piece, it manages at the same time to be animated by a strong airy harmony, one of the highlights of this record.
A more modern sound in the intro of “Pretend Till The End” characteristically well-developed power track evolves and in which the voice turns out to be very engraved and with a sound as powerful as the musicality of the song itself, another great song, another demonstration of how good this band is.

Such a great rhythm start for “Walk Away”, rhythm that continues in the whole piece with a very strong powerful soul, extraordinary and powerful vocalise, a song to be listened to all in one breath, with no pause either from the band, or from the listener, another highlight, another extraordinary piece.

“All for my Crown” is such another great piece, track in which the voice ‘breaks’ between narrated and songwriter, alternating with bombastic guitars and an extraordinary rhythm section, Sixth piece, sixth brilliant performance.
In “A Beggar’s Call” the synth intro immediately leaves the scene to guitars and powerful drumming, piece basically focused on a more epic sound, brilliant.
“Tears of rage” manages to stand out with almost doom veins and a characteristic harmoniousness always devoted to power metal.

To close this good album, the band gives us another highlight with “Endless Lanes”, a gentle touch, an emotional and with a hint of theatricality, the perfect song for an impressive conclusion.

Prime Creation created such an emotional album, “Tears of Rage” is the perfect example of powerful melodic metal of European mark.