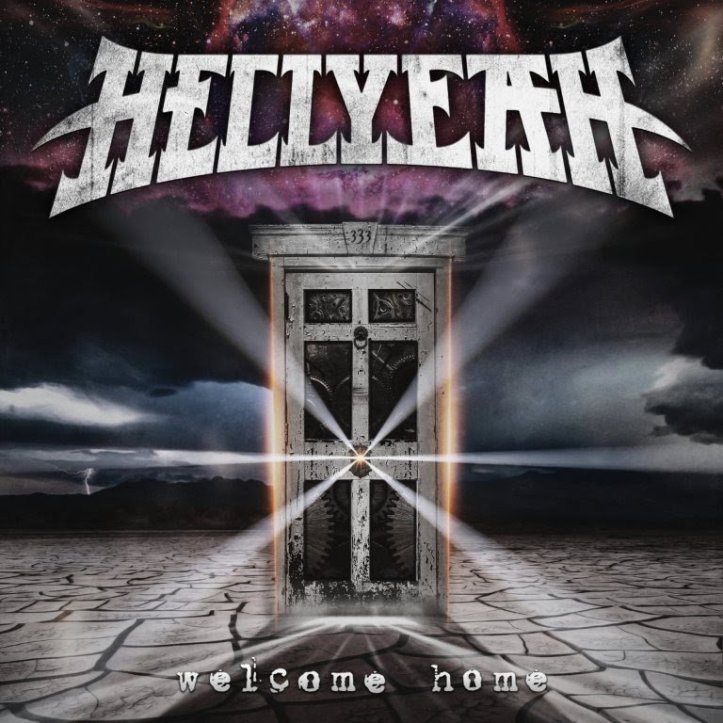 This is not the best Hellyeah album, but it will likely be their biggest and most successful, based solely off the fact that it features late drummer, Vinnie Paul’s, final recordings.  There is a certain sentimental value at play here, and there is nothing wrong with that.

Welcome Home does feature a lot of strong material – but it also features, in my opinion, just as many weak spots.  For the bands sixth, and possibly, final album, they deliver groove and heaviness, but mix it with darker and grungier moments and occasionally boarder on pop metal.

“333” is the opening track, bursting forward with a Chad Grey scream and a hint of Pantera-esque groove.  It degenerates into something that is quite frantic, and ultimately feels cobbled together from a patchwork of left overs.  That groove returns later in the track, and that’s when it works best.

“Oh My God” is very nu-metal sounding, while “Welcome Home” is an emotionally charged track, and tones down the aggression enough to become a decent rocker – even if it does still  feel a little cobbled together.

“I’m the One” feels like the first fully fleshed out track.  There’s more of a traditional structure here, and the slow build pays off nicely.  It’s kind of catchy, and could definitely find its place on rock radio.

“Black Flag Army” is a call to arms for the misfits of the world.  Subdued in the verses, but building to a big foot stomping chorus, that will have live crowds pumping their fists in approval.  This is the first real highlight of the record for me.

“At Wicks End” is about being pushed too far – and for that, I expected a heavier and more aggressive song.  The music is grinding, and Chad Greys vocal is suitably anxious and frustrated, working well within the overall context of the song – likewise for the guitar solo towards the end.

“Perfect” starts strong with a huge riff, and some of the best drumming thus far, but soon becomes a watered down pop metal track.  The chorus lifts a little, but in the verses it’s a bubbly attempt at commercial acceptance.  It doesn’t work for Hellyeah!

On “Bury You” the band finally deliver the immense grooves I’ve been waiting for.  The same can be said for “Boy” – finally, in the closing tracks of Welcome Home, Hellyeah! have found their intensity.

“Skyy and Water” turns the intensity off, but it’s a really good song.  I’m not sure if the lyrics were written about the passing of Vinnie Paul, but listening to it in the wake of his death, it certainly seems like a tribute.  Heartfelt, and warm.  And to close out the album is “Irreplaceable” – a 20 second clip of Vinnie Paul himself talking about how having a wonderful time is irreplaceable.  A fitting quote from a man who lived for the good times.

It’s been over a year since the passing of Vinnie Paul, so Hellyeah! definitely hasn’t rushed out this album.  I have followed their Welcome Home web-series, and watched the work and emotion that they have put in to completing this record, so I’m a little sad to admit that some of it falls flat for me.

Where the band goes from here, is anybodies guess, but certain members have made known, their desire to continue  – I guess we just have to wait and see.