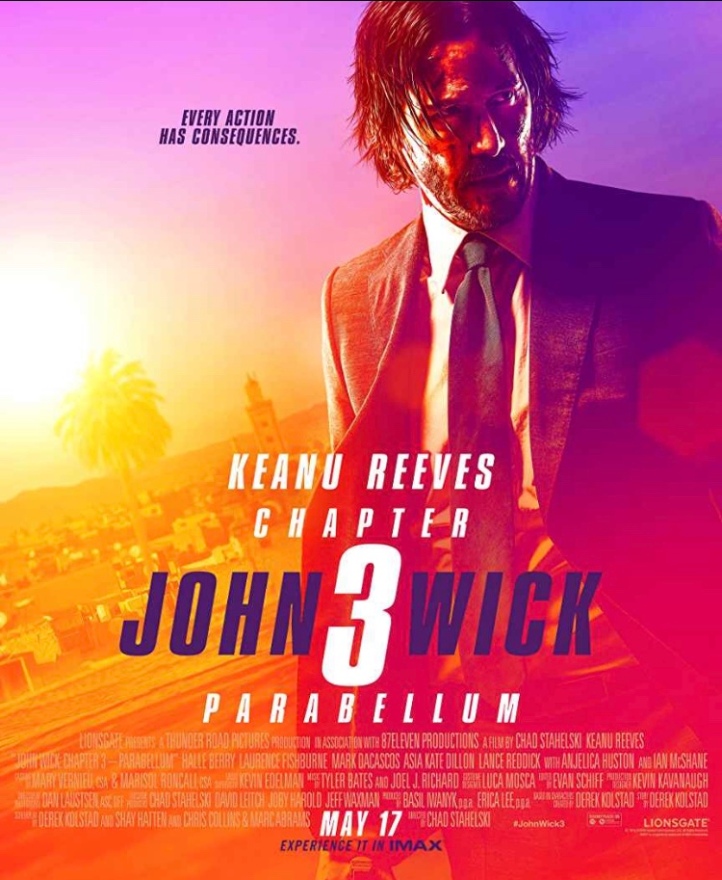 Super-assassin John Wick is on the run after killing a member of the international assassin’s guild, and with a $14 million price tag on his head – he is the target of hit men and women everywhere.

John Wick has fast become my favourite franchise of the last decade.  It’s fast paced, thrilling, and does everything right as far continuing the saga, and actually developing the characters within it.

Often, these revenge thrillers make the mistake of putting the hero in the wrong place at the wrong time over and over again, or unrealistically dropping the lead character in to the exact same situation multiple times.  John Wick on the other hand, logically continues the story arc of the protagonist.

Keanu Reeves is awesome, and while I can watch him in Point Break, Speed and The Matrix again and again, THIS is the role of his career.  He pulls it off with exceptional results, and as far fetched as his situation might become, we really sympathise with him and root for our hero.

Where the first and second entries built John Wick up to be a one man army, and a literal killing machine, Parabellum has him facing such an immense battle, that it actually serves to re-humanise the character to a degree – and in my opinion, that was the master stroke in the whole saga.

The underlying world building is also natural and unforced.  We will soon see that become more fleshed out in The Continental television series.  I’m all in on that, and any future sequels (Chapter 4 announced for May 21st 2021) or spin offs that might be in the works.

Look, as viewers, we’re not stupid.  We know Wick is not going to be killed, no matter what he’s up against – so I’m not on the edge of my seat to see IF he lives, I’m there to see HOW he lives.  And what a journey it is..

I seriously can’t get enough of John Wick!