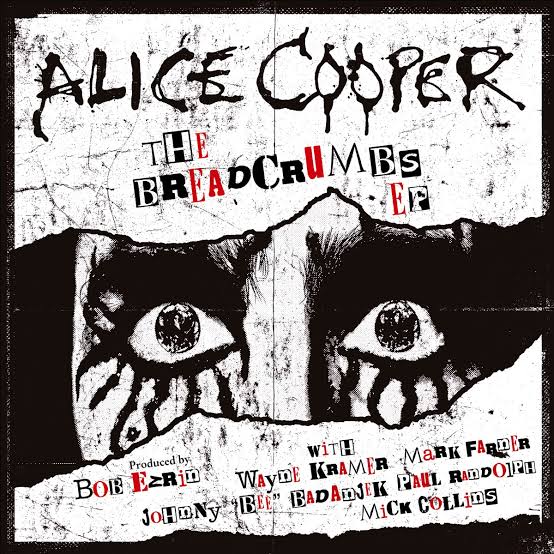 The opener “Detroit City 2020”, is an updated rewrite of “Detroit City” from 2003’s “The Eyes Of Alice Cooper”, and sets the tone for the EP.  Along with Alice’s own take on Detroit punk rock classics such as Suzi Quatro’s “Your Mama Won’t Like Me”, Bob Seger’s “East Side Story”, the MC5’s “Sister Anne” and Shorty Long’s “Devil With A Blue Dress On” as well as The Dirtbombs’ “Chains Of Love”, the EP also features the brand-new Alice Cooper original “Go Man Go”.

Alice is an icon, and could quite easily tour on his back catalogue for the rest of his days – in between games of golf of course, but he’s just not content to do that, and that is fine!

Whether it be with his own solo band, The Hollywood Vampires or for an EP featuring a collection of friends and fellow Detroit rockers such as this releases, the man still releases quality music in the sixth decade of his career, and that is amazing in and of itself, but check out a live show – marvel at the energy and quality of his live performance, something that is hard to match even by musicians half his age.

Breadcrumbs is somewhat of a “stop-gap” release on the way to a tour, and eventual new studio album.  It’s a love letter to Detroit and the music that came from there – including Alice himself.

The choice of covers is eclectic and interesting, and all have been done justice by the Alice Cooper treatment.  The stand out tracks, however, are the re-working of  2003’s Detroit City – now featuring a renewed energy, and the brand new Alice original, Go Man Go.

Breadcrumbs is only 21 minutes in length, but it’s well worth the listen, and a great addition to the extensive Cooper discography.

Alice Cooper will be touring Australia with Airbourne and MC50 in 2020!