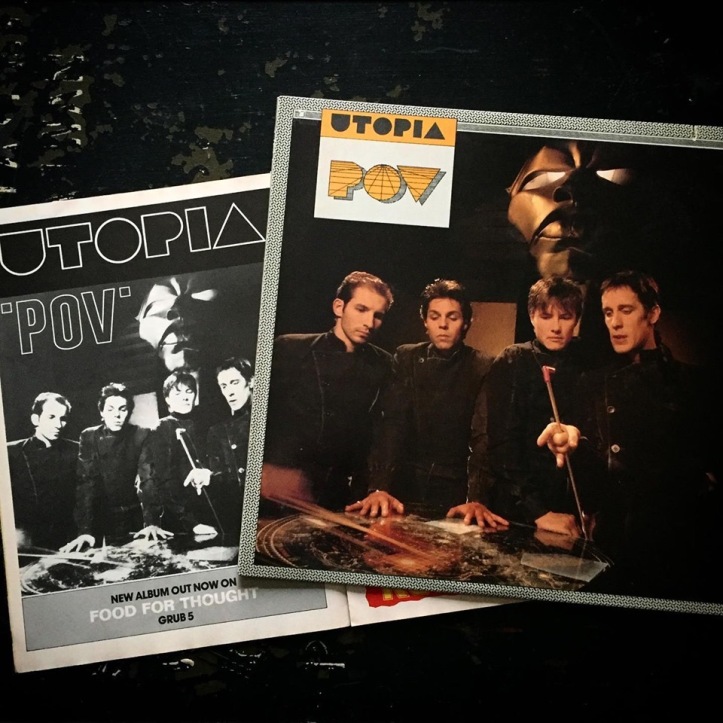 In the early 90s I bought Todd Rundgren’s ‘Hermit of Mink Hollow’ and Utopia’s ’Swing To The Right’ and they pretty much turned me off Todd. But then I heard this album and I’ve seen him in a different light. Look, the guy’s production credits are mighty impressive – everyone from the New York Dolls, Lords of the New Church, Hall & Oates, The Tubes, XTC and even Meatloaf have used him to pull some magnificent sounds – but his own stuff is hit and miss for me. Not this album, though – every song rules. Hard pop rock with AOR and prog leanings, hardcore Utopia fans apparently don’t like this album – sorry if catchy songs don’t float ya boat, ya heathens! Productions a bit of it’s time with a slightly less slick Hall & Oates vibe, but the lead guitar tone is friggen ace. Dig the artwork too; the cover photo has a Peter Davidson-era Dr Who vibe about it (The ‘Enlightenment’ episodes in particular – he’s the 2nd best Dr, by the way, for all you fellow nerds) but it’s the 80s Apple Macintosh windows used throughout that I love the most. The first time I ever used an Apple computer was in Grade 6, 1984, when my primary school got one…to share between 1000 students! What did we do on it? Played Wavy Navy and Choplifter. Mrs Irvine let me and my friend Corey come in at lunch time to continue this time-wasting pursuit. One time we got there and the joystick was wrecked. “Who buggered up the joystick?” Corey asked Mrs Irvine. “I. BEG. YOUR. PARDON!” she scolded. Corey and I looked at each other with a ‘What the fuck?’ expression. Not sure what Mrs Irvine would’ve made of the Toyota TV ad where the dog keeps saying “Bugger”, let alone the fact that both mine and Corey’s parents obviously hadn’t taught us that ‘buggered’ didn’t just mean that something was rooted…hey, waitaminute. This album is a must if you dig Hall & Oates-meets-The Tubes vibes. 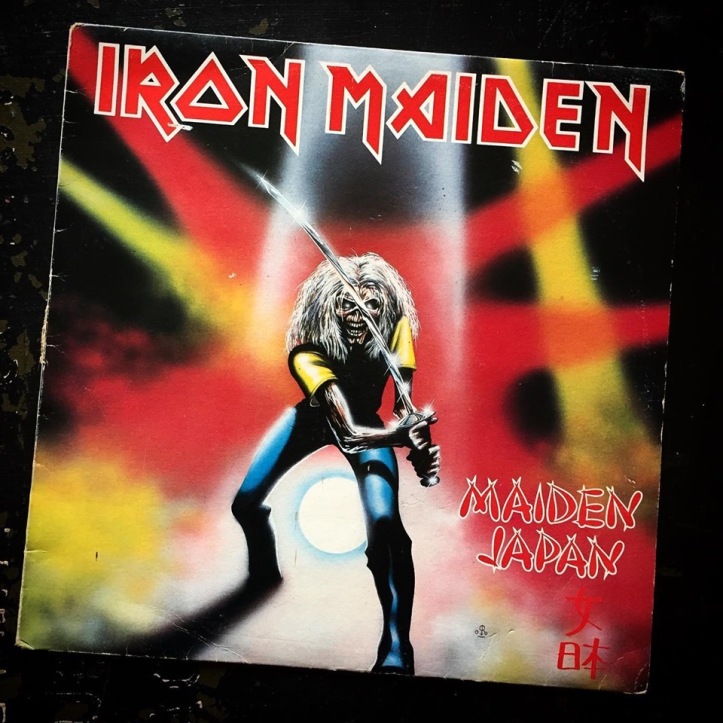 I’m not usually a fan of live albums, but this one is worth it for the stellar version of ‘Running Free’ – it sounds nearly twice as fast as the studio version, absolutely blistering and tight as hell. It was live versions like this that made me think as a kid that bands would play songs live at the correct speed but when they recorded them, they purposely slowed them down. When my old band recorded our first album, it was the first time I had ever been in a recording studio and I employed this misguided philosophy on most of that session. What transpired was a limp, lacklustre affair that is better left at the 500 copies we initially pressed, and even that is 500 too many. Anyway, we learnt from our mistake and on subsequent EPs and albums we adopted the ‘play it like you mean it’ way of thinking that Rick would always remind us of. It worked sometimes and then other times everything was played way too fast. Some songs were, in my opinion, pretty much ruined because of that. Probably better than being too slow, I guess. Not that it matters – we’ll all be dead one day. Speaking of dead, the original cover for this had the band mascot, Eddie, holding up the severed head of then-frontman Paul Dianno. Band manager Rod Smallwood panicked because, unbeknownst to Dianno they were about to give him the flick, so a change in artwork was ordered. I like the updated artwork as it has a more playful feel than the original…well, as playful as a zombie-looking mofo with a samurai sword can look, anyway. And I’ve said it before and I’ll say it again; Paul Dianno was the superior Iron Maiden singer in every way…apart from in fencing and flying a plane, maybe. 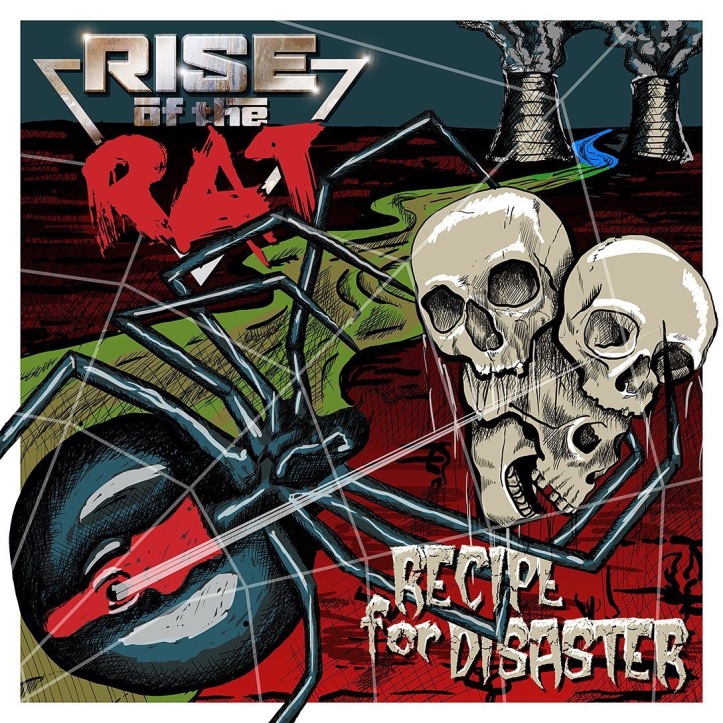 Rise of the Rat – Recipe For Disaster

You know that scene in Fight Club where they’re in the car and Tyler Durden asks everyone in the car to name one thing they want to accomplish before they die and one bloke says “Paint a portrait” and the other says “Build a house”? Well, mine is to learn how to do a decent sci fi and/or related digital painting. Something along the lines of a Bruce Pennington would be ideal, but I’d settle for something way less excellent than that. As it is, you’ll just have to put up with me practising in full view until I get there…which brings me to this, the artwork to the latest song we released a couple of months ago. I had a way more high-brow concept in the beginning, but then I thought nah, skulls. Skulls and giant spider…well, small spider affected by radioactive goo to make it giant – yep, that old classic. Never gets old. You can download the song for free from out band camp page: riseoftherat.bandcamp.com