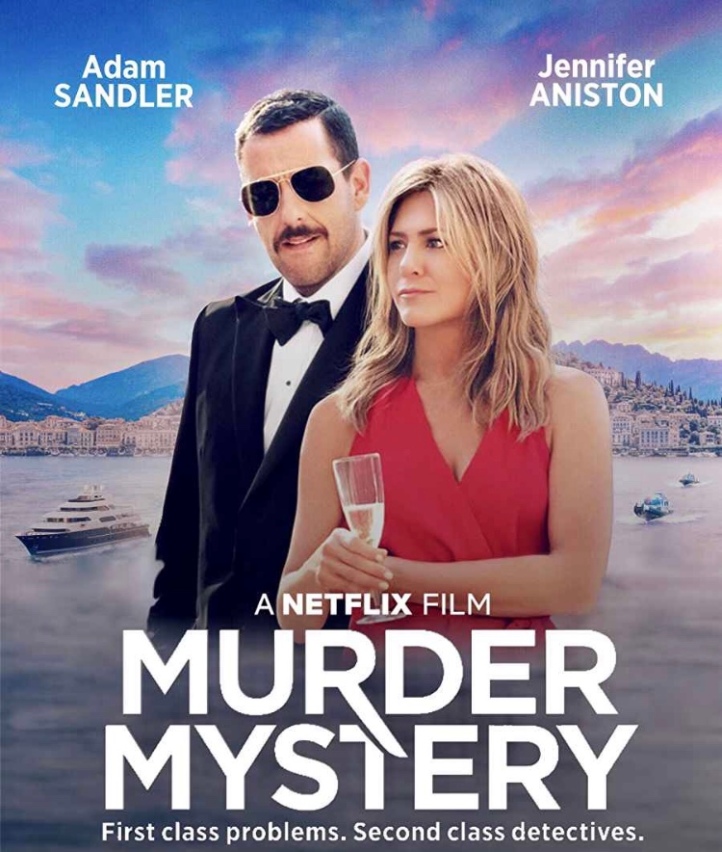 The movie follows a married couple a cop and a hairdresser on a very unlikely adventure through Europe on what was meant to be a low key, low budget getaway to being caught up in a murder investigation on a billionaires yacht.

The movie is only Rated PG which I think is fair as there is nothing overly rude, crude or exceptionally violent. Yes there is swearing, yes there is murder but not as much as you would come to expect from a Sandler film. Murder Mystery also wasn’t as humorous as you would come to expect from Sandler which for a big fan is a little disappointing, however on the mystery side of things it was well engaging and kept you well fed on the interest front.

This film had a very spoofy Agatha Christie feel to it. Though it was more fun than funny it was still very entertaining.

At the end they have left it open to a possible second coming with a hint to maybe a spoof version of Murder on the Orient express.

In conclusion if you like light hearted yet intriguing type films then this one would be right up your alley.