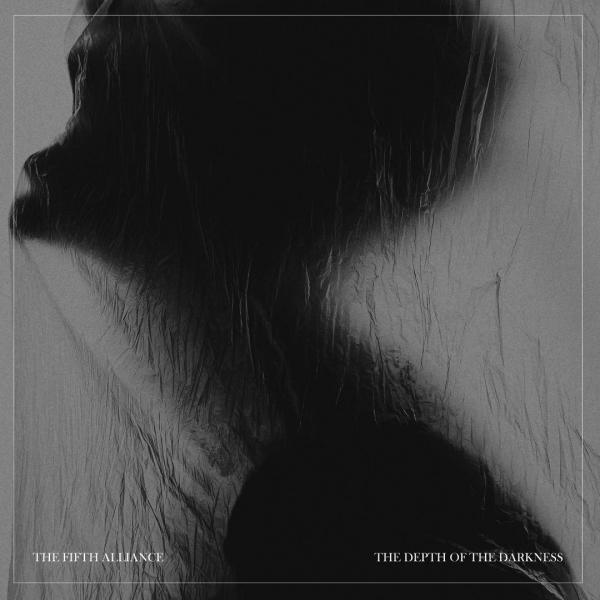 Come to the dark.  Things taste sweeter in death.  The better half of this life is dissected through The Depth Of Darkness.

From the sludge metal act, The Fifth Alliance, the album is to be released officially on the 30th of August.  Like another Halloween gone wrong, the band uses elements of grim and depressing horrors.

Opening this coffin with the first track, Black, which was also released as a single, there immediately were darker entities murmuring in chorus. It was like The Cranberries’ voices in a more twisted mentality. It had an icy tone, so unsympathetic in form. Until without warning, a distorted, decayed monstrosity of vocals came into play. The drums became so badly in need of a lungful pause, the guitar tremolos provoked the violent flicker of lights. The song was about to summon some ghastly thing. Behind the thick growls were a resonant echo of soft voices. It was as if the vocalist was in the middle of an acid bath. The screams were a limited express from hell. It burns your skin.

Hekate began also with the signature choir so distant from human emotions. More mentally prepared for the alternative of this vocal quality now, the harsher part came like a rotting flesh. With an obscure orchestral effect in the background, the song focused on less-spaces artificial throaty sounds until it drops dead in tempo. The monoguitar resurrected the Hellfire Club. It was like an old cemetery story. You could actually smell the stench of the place. The drums thud in a dismal resentment. Unclean and unclean is this song.

Into Extinction was an overdriven track with a more brutal nature. The vocalist’s timbre suited the idea they were aiming for. Just genuine black metal. Just double-peds until your legs fracture and tremolo till tendons break. Hell escapes in each release of growl. It was a beautiful death cry.

The final song, Aleister, will have you recruited in whatever unholy deal they offer. It’s like an easy death-borne infection, yet comforting in some degree. And all these grave and skeletons will taunt the saintliest exorcist.

Depth Of Darkness remained true to its name. It was an exploration of this sensitive and forbidden territory. An inhuman misery lacerated by coarse and dry vocals, ear-splitting tremolos, strangled basswork and abrasive drums.