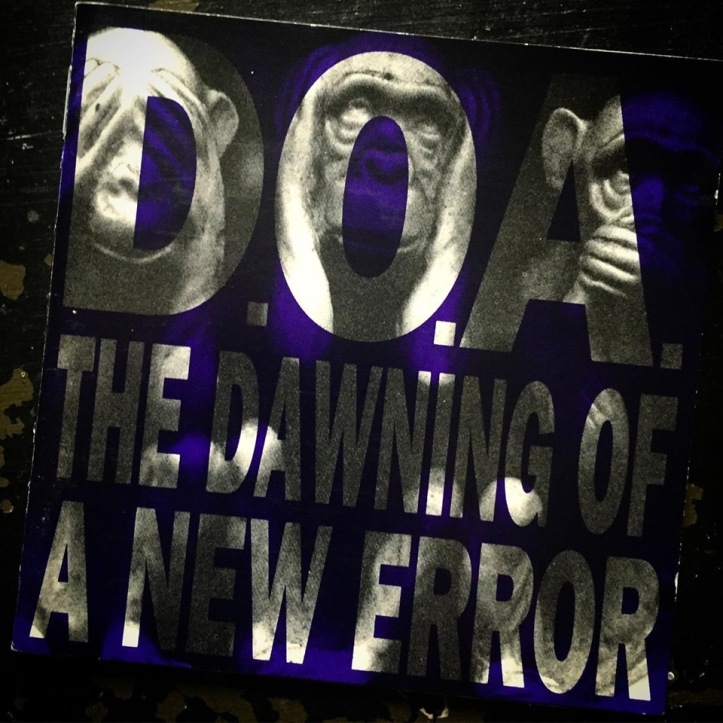 Although I’m not usually a fan of compilations, this is friggen ace. I didn’t think I liked hardcore until I heard D.O.A. – I was well versed with most of the first wave UK punk bands in the early 90s and liked the more ‘pop’ orientation of a lot of those bands such as 999 and the Buzzcocks and just assumed all hardcore bands played everything at break-neck speed and sang with no vocal melody. The first drummer in my old band was an older dude – 31 compared to the rest of us being 21 and he was into punk when it was the early 80s, so he knew his shit. He lent me his copy of this and I was very surprised. Yeah, their delivery isn’t the prettiest and they’re less concerned with trying to crack the charts like, say Generation X were, but there’s some excellent songs on this, and Joey Shithead and co. are definitely no strangers to melody. There are a few blistering numbers but there’s also a lot of mid-paced, more rock orientated songs. It’s a kind of weird compilation in that the first two thirds are a collection of singles and EPs and then the last third is the complete ‘Let’s Wreck The Party’ album from ’85 produced, strangely, by Brian ‘Too Loud’ Macleod from Headpins and Chilliwack fame – I love Brian and I do like the more rock production that he brings on that particular album, but it’s the earlier stuff that is fucken smokin’! The raw production and attack of those earlier songs make them even more essential. I found the vocals a little of an acquired taste, at first thinking that Joey Shithead was taking the piss, but over time I’ve grown to love his guttural tone, something akin to taking a mouthful of water and then trying to sing without spilling any, ha ha. His lyrics are simple but powerful because, you know, fuck the man and fuck turdburgers. Joey rules and so do D.O.A. The photo on the back cover of is bloody stupendous, too! 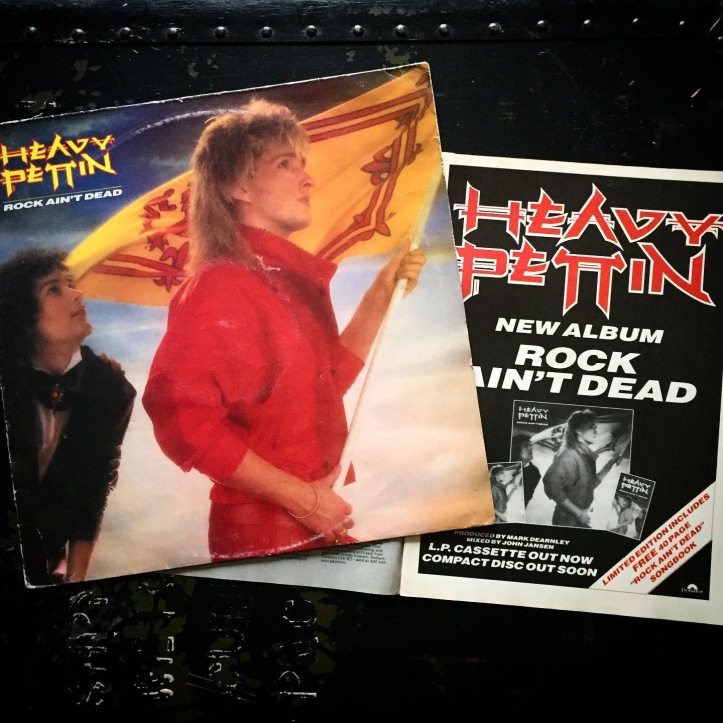 Produced by Mark Dearnley.  I guess Heavy Pettin’ are comparable to Pyromania-era Def Leppard, well on this album, anyway – they definitely had the same pop rock leanings. So why didn’t they hit the big time like the Leps? Luck? A bit late on the scene? I don’t know. Probably not quite as photogenic as Joe Elliot and co and although this is quite pop orientated, it’s missing that one killer radio single like ‘Photograph’. And that band name: Heavy Pettin’ – “Ladies and gentlemen, I give you the biggest band in the world: Heavy Pettin’” – yeah, nah. Still, this is a great album. I reviewed it last year as part of the ‘Pettology’ boxset (and paraphrased here), so check that out if you want a laugh – you know, the usual teenage tomfoolery. 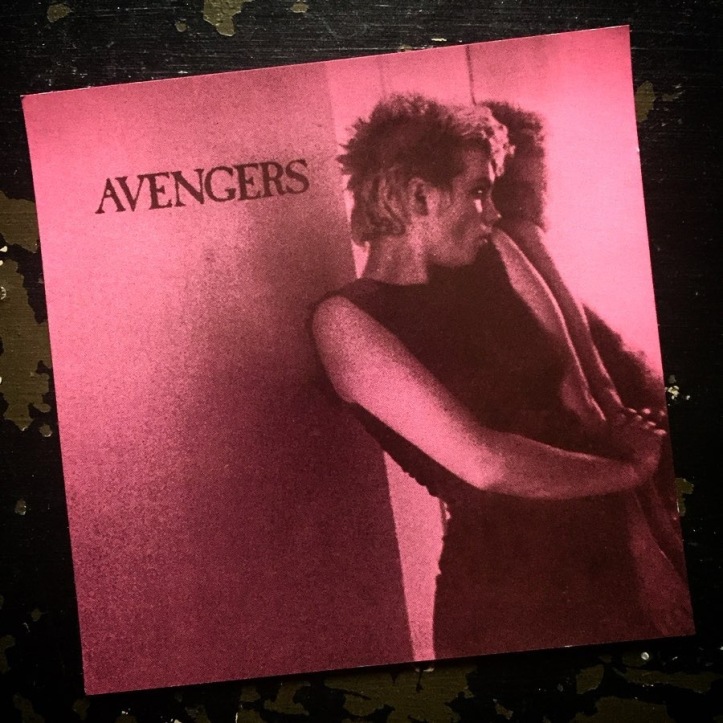 Although this album was released in 1983, it’s essentially a collection of everything they recorded from 1977 to 1979. A female fronted powerhouse, I could compare them to some other obscure U.S. punk bands, but people who know those bands will already know the Avengers, so what’s the point in that? The best known comparison I can come up with is a more caustic, anger fuelled Joan Jett and you kinda get the picture. Catchy, energetic songs that vary in production quality – would’ve loved to hear the rougher sounding songs getting a bit more money thrown at them. That being said, you can hear the excellent songs shining through the muddy sound – check out ‘The American in Me’ for a two-minute, catchy as fuck, sardonic take on American culture that is probably just as relevant now as it was 40 years ago. Can’t believe these songs are 40 years old. Vocalist Penelope Houston was a groundbreaker – I find it weird that she’s not as revered as Joan Jett, Siouxsie Sioux, Debbie Harry and other female punk rock trail-blazers…well, she is by me – Penelope friggen rules and so do the Avengers. 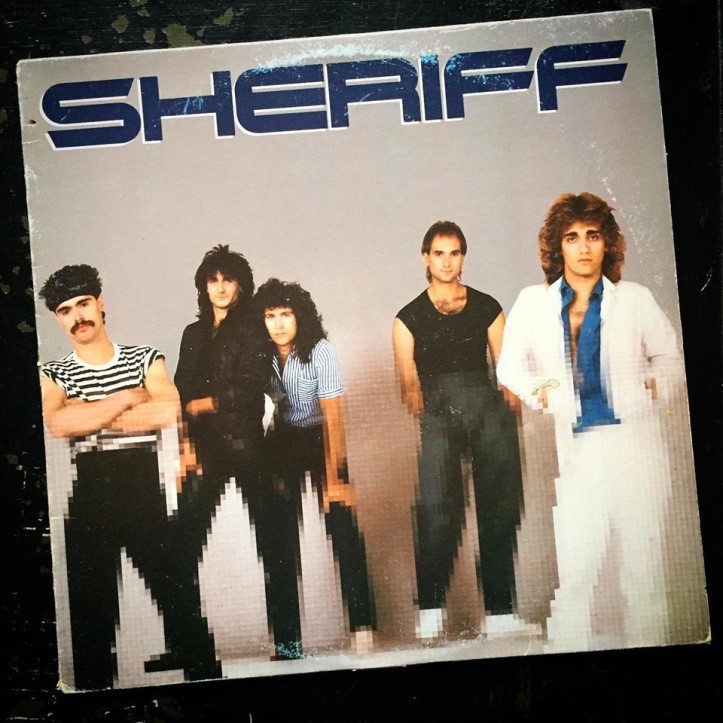 Produced by Stacy Heydon.  OK, first try and ignore the bloke on the left who looks like he’s dressed up as the parody version of John Oates in one of those ‘yacht rock’ pisstake videos…actually, try and ignore the whole cover art – it is woeful. Not sure who thought the band looked cool enough to be the main selling point on the album cover, but the music is a great slice of AOR pop rock pomp. The guitars could’ve been a bit more in your face, but they kind of suit Freddy Curci’s pristinely clear vocal style – fuck, on a couple of songs he could almost shatter glass with the notes he’s hitting. But, yeah, a bit of a heavier vibe on the guitars would’ve made this killer, but the songs are still pretty enjoyable. I’d never heard of Sheriff until I stumbled down a youtube rabbit hole of obscure AOR stuff. Apparently they had a hit with the ballad from this album – it’s fucking ‘orrible like most ballads are – and a couple of the members went on to form Alias…not sure if one of those blokes was the parody Oates doppelgänger or not. Last song on side a, ‘Kept Me Coming’ is surprisingly smokin’ – makes you forget about the shitful ballad immediately before it. Interesting to note that producer Stacy Heydon also produced Teenage Head’s ‘Frantic City’ and Jayne County’s ‘Rock’n’Roll Resurrection’ – probably only interesting to me, I guess. 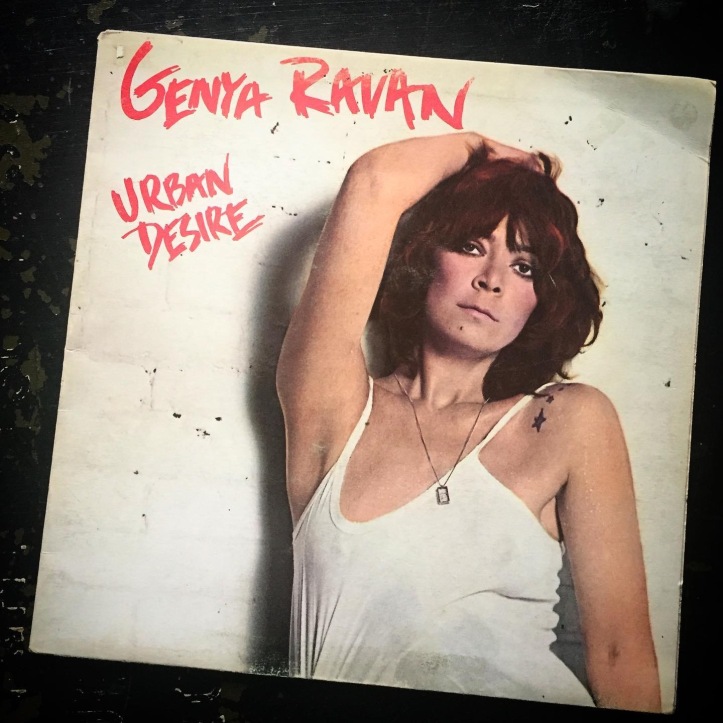 Genya Ravan first came on my radar in the early 90s when I got the Dead Boys first album and read the credits – ‘produced by Genya Ravan’ – that record rules. I didn’t stumble over any of Genya’s records until a few years later and there’s a certain energy about them, but sonically not punk or anything. This album’s got more of a Rolling Stones circa Exile On Main St swagger about it, with honky tonk piano and 12 bar blues influenced stuff. I could imagine Tina Turner doing similar stuff around this period and Genya’s got a great raspy voice similar to Tina. To be honest the only song that rips on this is opener ‘Jerry’s Pigeons’ with it’s pumpin’ shuffle beat and blazin’ twin guitar harmony motif. The rest is a bit of a let down including the duet with Lou Reed. Still, she was a trailblazer and had quite a history before this album.