First on stage was this Melbourne based three piece, who are hot off a tour of Europe.  Child are extremely good at what they do – which is a blend of blues and something that borders on doom metal.  If this had been a different setting, I think the band would have killed it, but unfortunately their particular style and extended jam sections didn’t seem to fit the energy that this crowd was looking for this night.  They were really good, but this was always going to be a tough crowd to please. 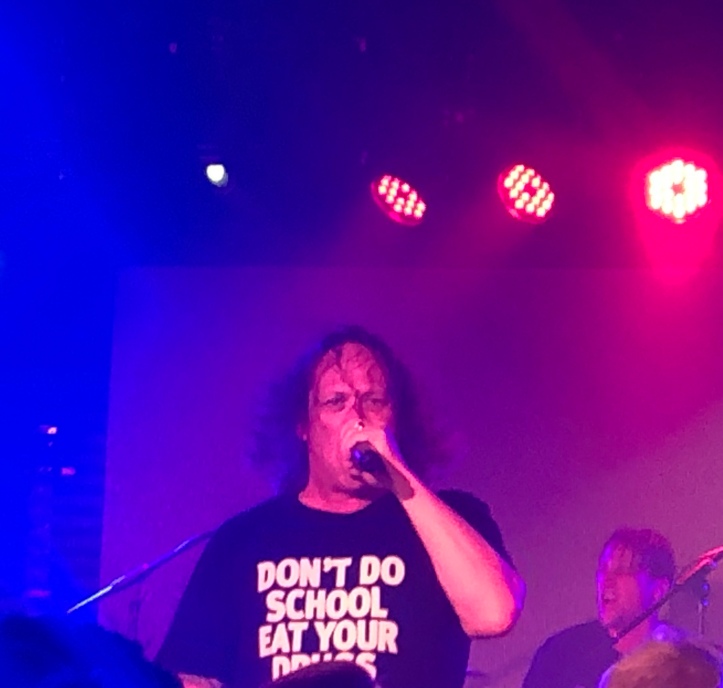 One of my favourite Aussie rock bands was up next, and if I’m being honest, this was the band I was there to see.  This is the last leg of their “dirty thirty” tour before they hit the studio to record a new album – but even after some fairly extensive touring this year, the Jets show no signs of wear and tear.  They are on fire from the opening sounds of “C’mon” right through to the closing moments of “Better”.

The band is a well oiled machine.  Tight as all get out.  The guitar duo of Scott Kingman and Jimi Hocking are a force to be reckoned with, and when they lock in with the bass guitar prowess of Paul Woseen and the drummer (sorry, I’m not sure who’s drumming for the Jets at the moment) it’s magic.  Maybe that’s just because they’re playing songs that have been such a big part of my life, but I don’t think it’s JUST that.

Then there’s Dave Gleeson.  He’s fantastic live – sounding absolutely great, but also funny and engaging and positively unhinged.  I’ve never heard a front man use the word c**t so much from the stage, and I was completely fine with it.  Speaking of “the C word”, I was shattered that the band didn’t play F.R.C, but there were quite a few glaring omissions from the set list – you have to expect that from a band that has thirty years of songs and only an hour set though.  At least I got to hear Blue Sashes – I fucking love that song!

The entire set was energetic and really delivered for me.  This is what rock and roll is all about.

As iconic as Rose Tattoo are, I’ve seen them quite a few times now, and they can be a little inconsistent.  Now, that probably has a lot to do with the revolving door of musicians that have backed Angry over the last few decades.  Tonight though, this is a fantastic performance.  The band has really meshed well together, and I hope this unit sticks around for a while – and PLEASE RECORD SOME NEW MUSIC!!

Featuring the guitar duo of Dai Pritchard (on slide) and the phenomenal Bob Spencer (Skyhooks, The Angels) and Mark Evans (original AC/DC) on bass, the ‘Tats were on fire.

Opening with Bad Boy For Love, I was a little apprehensive – the band sounded great, but Angry Anderson sounded strained.  I guess he needed a little time to warm up, because he was amazing from Scarred For Life onwards.  In fact, I haven’t heard Angry sound better in a long while.  They delivered a greatest hits set that really pleased the packed crowd, and we all walked away happy. 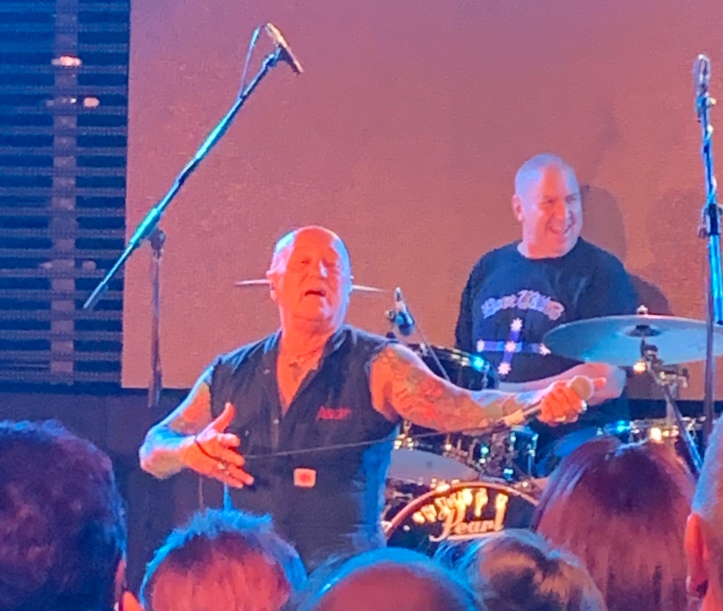 Happy, but tired… I’m getting too old for these late nights!