Introducing… Hooby and the Yabbit!

Hooby and the Yabbit are a West Yorkshire based three piece, formed in 2016, playing a mix of Americana and blues rock.  Fronted by Ian Hawkins, Hooby and the Yabbit offer a laid back listening experience, as demonstrated on their 2018 four track EP, Out of Time.

As they look to spread the word about the band, with the intention of picking up some more gigs and festival appearances – and in anticipation of the bands first full length album, which will hopefully arrive in 2020, we took some time to get to know the band as part of our “Introducing…” series.

It’s about where I’m from really, family and things, but also it’s about an adventure, like Butch and the Sundance Kid sort of thing. Where did they go and what happened next…

It’s been a solo project for a while, and we’ve been doing gigs on and off these last three years.

A mixture of British R&B, with an injection of American boogie rock, and acoustica.

So a cover band I was in were playing all sorts of things, like Stevie Ray Vaughan, ZZ Top, Steely Dan, blues and rock stuff. It morphed into a solo writing project that led to me releasing ‘Out of Time’ in 2018. A live version of Hooby and the Yabbit did some gigs at local festivals, blues clubs etc after that.

Well how long have we got! American artists such as ZZ Top, George T Thorogood, Boz Scaggs, Aerosmith, The Band, Creedenc Clearwater Revival …there’s songs by all these bands in our set. Also Hendrix /Cream/ Free, but I’m into contemporary stuff as well, though I don’t know if you can hear that in these recordings. We had a Prince song in the set for a while too.

It’s a four track EP on download, CD or stream. It’s got blues, rock, groovy acoustic music and slide guitar. And a crazy instrumental at the end. It builds up, I think it’s a late night listen, but it works in the car as well. It’s vibey, lyrical, and strong.

The band’s music can be found on Bandcamp, ITunes, Spotify, and YouTube and all the rest.

Get out play some gigs, solo and with the band. Get another release out this year. I’d love to add a horn section to it as well, I love that in a rock band

Girls Aloud. I am doing the drums.

It’s all about having a good time. Have a few drinks and a dance, go home smiling.

Not yet but watch out – Yabbits Assemble !

We come to play, first and foremost. It’s what we do. 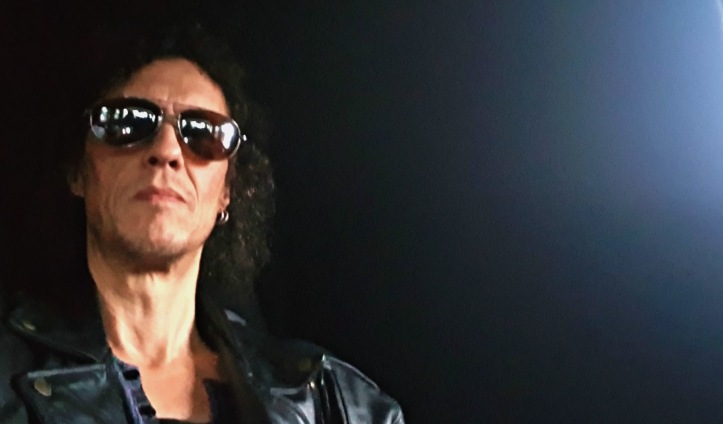 It will make your hair grow long and turn purple, yeeeaaah !

Survival I think. Don’t underestimate it.

Play all over the world, sell records, and have a good time doing it. The same as everyone else I think, but someone’s got to do it, right?