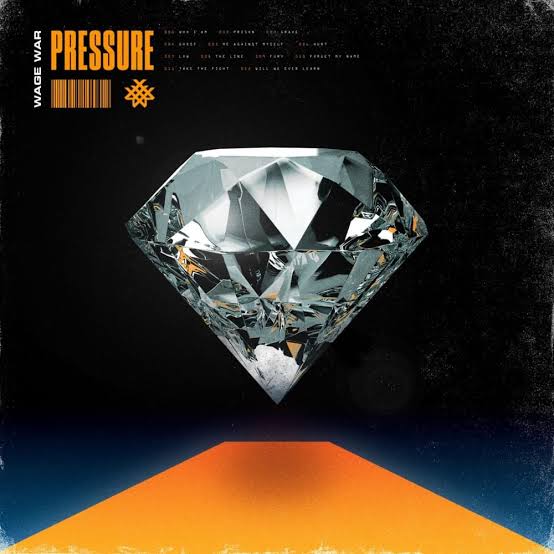 Have you ever been confused if there dwells a stranger within yourself? Another side perhaps, a man whom you’ve never been introduced to? Well, it’s about damn time. On August 30th you’ll come face-to-face with this phenomenon as Wage War releases its third full-length album, Pressure.

The initial impression I had with the introductory track, Who I Am, was that it sounded like a more hard-core, messier version of a Linkin Park song. It included both growl and tender vocals. The guitar— a just, unparalleled epic from the start. I found a lot of details— the effects, edges and subjects of the song so resemblant of the American rock band.

Prison had this persistent tantrum of drums, a catchy chorus, with sudden pauses that delays the release of hazardous emotions. It was a fight song in all sense. The sort of music to be played inside the space of an abandoned prison. There was a constant rain of guitar in Grave. It held a solid message. I found the vocal tones which influenced the manner the lyrics was spoken very alike to Bennington’s. Simply listening to this track and you could tell it contained a heavy, growing cloud of resentment.

Immediate guitar and vocal soars formed Ghost. It was like a music video with the smoke machine, rain puddles, darker backgrounds and all. I could smell the sting of distorted notes. Particularly, I admire how the band alternated between their clean and contorted timbres. The solo was to be mentioned— an unruly, stampeding transition which connected the whole of the track.

The fifth piece, Me Against Myself, had a totally different vocalist. It contrasted the previous ones with its lighter styles and simple electric strumming. This had a possibility for repeat on the playlist. It talked of pain in a way that is almost inviting pop touches and more rock than metal. During this track, the band showed a vulnerability to them, although flashbacks of growling seeps through as well. A sequel of this was Hurt. It contained raw, sensitive fragments of vocals and feelings. It was bare. A transition from a schizophrenic moan to a less insane, naked offering of one’s heartstrings. There were a lot more elements here that could be absorbed by the listener.

Low was metal from the first glance. There was a gnawing quality of the guitar tamed by a smooth, resonant chorus. At this point, it showcased the range of the singer. And satisfyingly, his technique of stretching vocals without cracks.
Back to the quarantine cell, The Line embossed yet a distorted reality. The repetitive quick bends of the guitar and semi-direct figurative lyricwork were like a disease. It was a crucial point, as if the band was torn between these two selves— switching from the monstergrowler to the softspoken lover.

Fury was a drum domination with scratches of voices. It stung. It was the gaseous, non-physical inner chaos trying to ingest you. However, comes the young hard-rocker again in Forget My Name. There was a style of the guitar which warps your perspective and soon enough, your personality. The conversational approach of the lyrics suggested how it was specifically intended to someone.
Guitar-bending is life in Take The Flight. This was a platform for growl rehearsals. With every space consumed by this meaningful corruption of vocals. It was the sound of refusal until we arrive at the final song, Will We Ever Learn— a watered-down ending. Clear and smooth sustains from the vocalist described how two internal parties attempt to dominate each other and ultimately resolving this by a fusion.

Pressure by Wage War was a chaotic balance of two personas. There were two seperate storytellers in each song. One mentally ill with anger management and the other so hopelessly heartbroken. The manner they constructed this album was consistent— the power of instruments, the direction of the tracks; and complete— from metamorphic dynamics to the lengths of spaces.