Produced by George Martin.  This is the first album after Michael Schenker left the band and although that electricity that MS illicits is missing, this is still pretty solid and the title track is one of my favourite UFO songs, all dark and brooding. I had the UFO anthology on tape when I was a teenager and I couldn’t get into it as I found that there was no one song that I could gravitate towards to urge me to put the cassette on multiple times. I kinda wrote them off, but then I got this for cheap back in the late 90s and so started my slow appreciation of UFO – they took a little time to warm up to, but I think that’s because they’re a multifaceted band that takes a little while for everything to sink in. This is probably not the best place to start with UFO, but still enjoyable enough and is probably the best album George Martin ever produced. And yes, I’m aware that he did a heap of shit with the Beatles. My comment stands. 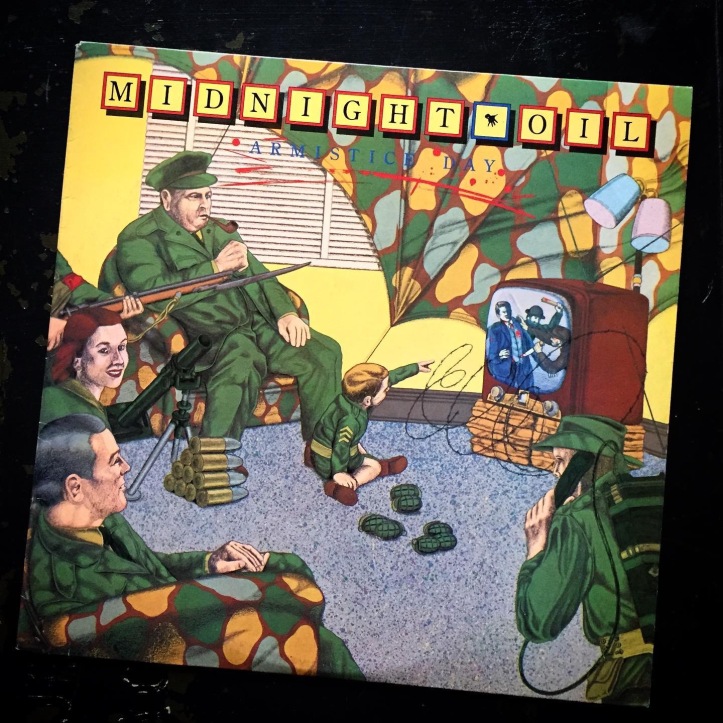 Not a huge fan of the a-side, but if you see this, get it for the b-side; a blistering live version of ‘Stand In Line’ from 1981. The studio version from ‘Head Injuries’ cooks but this is on another level – energy fucking plus! Tight as hell – man, Midnight Oil live in ’81 would have been mind blowing.

‘Kyrie’ – man I loved that song when I was in year 7. I was about 5 or 6 months aways from hearing Van Halen’s 5150 which would forever change my musical trajectory, but at this stage I was just starting to take music a little more seriously and taking in whatever was in the top 40 at the time. For sure I was appreciating some garbage like Sly Fox and Sheena Easton, but there was also some shit that even now in my opinion stands the test time. Sure this album is carbon dated to the first half of 1986 with it’s slick stadium pop production and almost sterile keyboard tones, but the songwriting on this is fucken wicked. ‘Is This Love’, ‘Kyrie’ and ‘Broken Wings’ – you don’t get pop AOR much better than that – and they were relegated to side 2! Who the fuck does that – puts their biggest three hits on the flip side?! Mr Mister, that’s who, coz side a is already chock full o’ fucken gold – seriously, the first 3 songs on side a could’ve been singles as well. And then when you find out that Steve Farris was the session guitarist that did the fucken superb solo on the title track of Kiss’s Creatures of the Night, well, that’s just the icing on the cake (he’s the one who looks like Rob Sitch from The Late Show, for my Australian friends reading this, ha ha). All members were seasoned session musicians before (and after) Mr. Mister formed and the quality of every performance is fucking smooth as. Richard Page was apparently asked by both Chicago and Toto to be their lead singer just before this album went massive; two requests he declined – I guess he had a feeling Mr Mister were about to hit the big time – for one album at least. 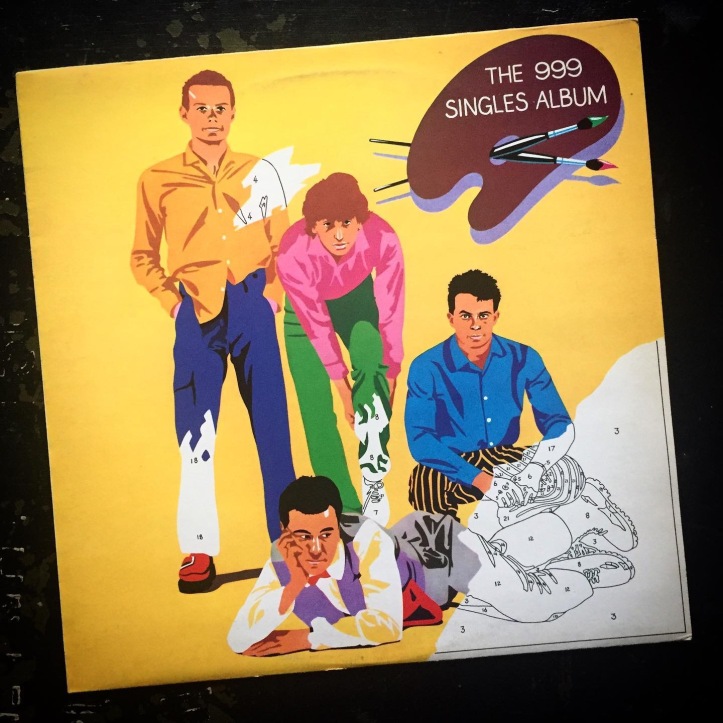 I guess these days albums like this are redundant due to CD anthologies and complete retrospective boxsets and most of it available to stream, but back in the late 90s I was stoked to get this. Much like the Undertones singles album, this also gives you all the b-sides and 999’s b-sides were just as good as the a-sides. Plus these cuts are from the period of their first 2 albums and you won’t find 2 better examples of power pop punk. Nick Cash’s sneering vocal style, Guy Day’s ripping guitar and the energetic rhythm section of Jon Watson and Pablo LaBrittain – 999 rule and that’s all there is to it. My old band did a cover of their first single, ‘Nasty Nasty’ which wasn’t on any album and that makes this singles album even more worthwhile – but I highly recommend getting at least their first 3 albums as well as this. People keep reminding me that 999 are still around and releasing albums but nothing captures the youthful exuberance of their first few albums. *shakes fist at cloud*.