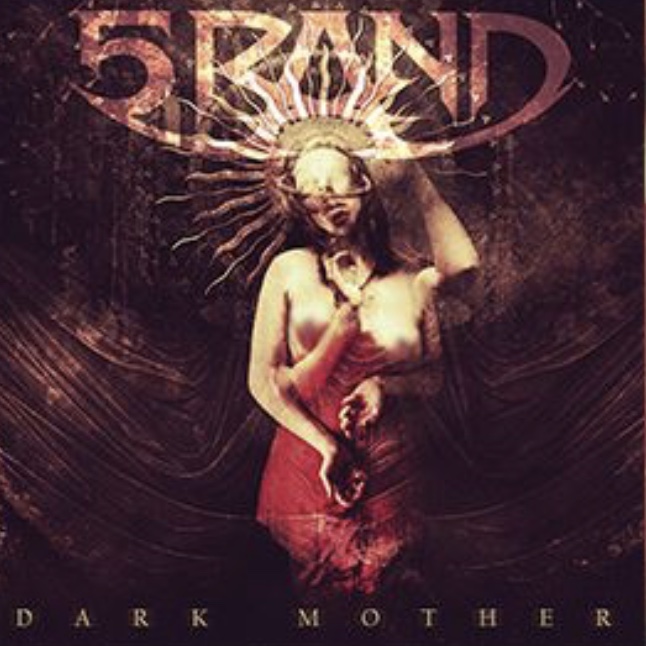 Friday night in our household, after a long working week, includes takeaway from a local shop. The works burger there is amazing. Full of tasty elements. Not too sloppy. Not so large that you can’t eat it comfortably, but weighty. You enjoy having it most weeks, but also happy occasionally to have something different. If it works, you don’t mind having it often.

More on that later.

There are 11 tracks on this album that vary from 0:37 to a bit under 5 minutes, with 4 minutes being the average.

“Collapsing Theory” is the shortest track, at 37 seconds in duration. It is composed of sound effects and samples and serves to whet your appetite. It is a miasma of organic, animal-like sounds.

“Embrace the Fury” envelops you with startling simplicity – acoustic guitars and light percussion. This wasn’t what I was expecting and I settled into a different mindset. Then, I got kicked in the brain for being so silly. Duelling electric guitars scamper along with a rollicking riff, as the music thickens up into a fast tempo. We are introduced to the vocal skills Julia Elenoir. These are Chris Motionless-like in the way that they morph from the robustly guttural to the engagingly angelic. Harmonies between the vocal styles are used to great effect and the track has intensity and purpose. I got a sense of desperation and anguish before a complex and technically impressive guitar solo.

“Several Injuries” cuts through with an odd, organic start, before frantic driving riffs kick off. There’s lots of different guitar elements that fold together seamlessly. The vocals again open with a growl and then morph into that stellar sound for the chorus. Such a beautiful voice! The vocals are encapsulating and have remarkable clarity. A pause is used just before the solo to make sure you’re still listening and the solo is one of undeniable skill – it is truly impressive.

“The Awakening” rises with a simple sound with keyboard used to great effect. It starts in an odd and complicated way and I was lulled into a false sense of security – before the scream that woke me from my slumber made me flinch. A fast paced riff is interlaced with a chant-like growl and melodic harmonising. Staccato percussion adds to the dream and unhurried vocals and hurried musicianship partner to form an exquisite counterpoint.

“Black Ocean” washes forth with an encapsulating opening riff that is rich in guitar elements. Staccato guitars and vocals are again used well and there is a background vocal growl that is sinister. Melodic vocals and gravelled interjections tag-team each other, before a tasty solo is used. A three way harmony is employed – deep growls, gravelled voice and that angelic voice. Yes, I said “three way”.

“Cold Deception” is honest in its use of the template to date. It is a similar pattern, with a slightly different sound. The opening growls are again followed by a melodic chorus – it’s the same format. It’s terrific, but is a bit formulaic and I’m aching for some diversity of sound. Some odd tempos are used before a technically impressive solo. Again.

“Feel the End” begins with me seeing that this track is 1:23 long…. IT IS DIFFERENT! Slow in nature, plaintive in spirit. It’s about death and the use of fading sounds and elements is inspired. There were two shrieks that cut through my soul and I could taste the pain with every “you’re still dyin’”…

“Old Angel Midnight” is timed at a bit over 5 minutes and from the first second it has a slow echo, partnered by riffs that emerge slowly, becoming more frequent and longer in duration as the track unfolds. It’s back to the template of driving riffs, growling vocals and rich harmonies, which is cool. We’ve had a break from that and appreciate it more now – absence makes the heart grow fonder and all that… It also uses a distorted filter in some parts, but then falls away to a simple acoustic guitar, ably supported by a clear electric guitar. I was waiting for the inevitable tempest of sound, but was surprised when it was different – less aggressive than I was expecting.

“Blind Addiction” gave me a fix of fast riffs and guitar overlays, with another layer of riffs chugging over the top. It is insanely catchy and it then uses a muted, faded element. Assertive and downright aggressive vocals meld together. This track has multiple personas – intense elements, then unhurried ones, then the two used together in simultaneous synergy. It is masterful mixing and arrangement. The ending is high pitched, like something malfunctioning or the squeal of train wheels braking.

“Before the Flood” washes forth with riffs, cymbals and growls. It is a rollicking arrangement that rumbles along, before a technical guitar solo that is surgeon-like. The riffs serve as key anchor points to surprising subtle variations.

“Silent Spring” unwound with music box inspired percussion. This track caught me on the hop. I was expecting a short track, but at 5:29 it is the longest. I actively anticipate the last track of every album, intrigued by what the artist chooses to leave us with in our heads. After the music box sounds, there are riffs and effects in the background that establish an atmosphere that is grand in scale. The vocals join with a startling clarity that is augmented by a sinister whisper. The difference is inspired – a complex sound that is enriched by orchestral elements. The clear vocals take the front seat while the gravelled vocals are the most confronting form of back seat driver. All of this difference, underscored by what has worked in other parts of the album, serves to make this track all the more powerful. The guitars wail along with the orchestra. The music box sound returns at the end, before… silence…

Having toured with Cradle of Filth and Behemoth, as well as being produced by Marco Mastrobuono (Fleshgod Apocalypse), I expected there to be elements of each of these powerhouses of metal. I wasn’t disappointed. The sound is darkly rich and abundantly atmospheric. Well crafted, occasionally confronting and regularly catchy, the tracks keep you focussed. The guitar work is aggressive and multi-layered and technically, it is flawless.

Each track is an emotional journey, with the vocals often sounding plaintive and anguished, but only in segments. Elenoir’s vocals are sublime and she is one of the best in the business. Her strong and aggressive growls are synergistically partnered by amazing, clean vocals. It’s like you’re being hit by a sledgehammer that is wrapped in a unicorn head. If that makes any sense… It’s a wonderful juxtaposition of styles. It’s clear, clever and captivating.

Back to that burger. The tracks are like that – delicious, a great balance, filling and enriching. You’re happy to have it, because it works, but a bit of variation here and there is not only appreciated, it enhances your appreciation of this work of art. But then, the shop is taken over and the burger evolves over time, getting better and better. This album gets better as it progresses – a rare thing.

This album is a rich feast indeed that you’d be more than happy to devour regularly.