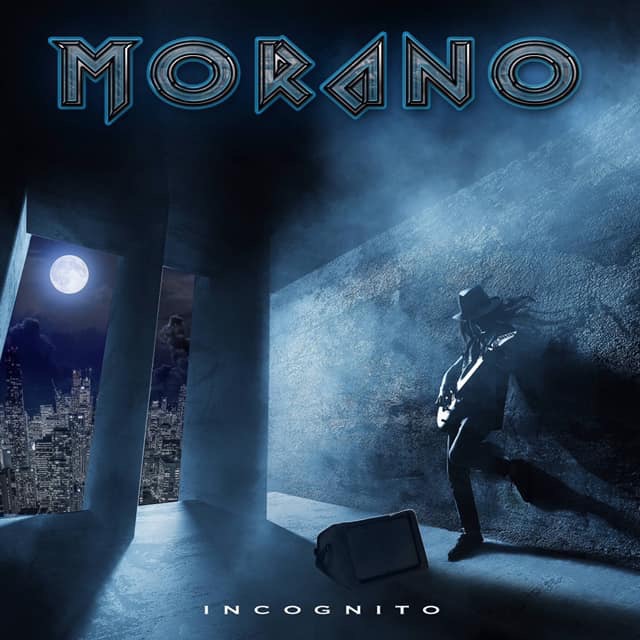 The new hard rocking CD “Incognito” from Duane Morano sees many artists such as members of Tyketto, Extreme, Firehouse, XYZ,  Nita Strauss and many more. Many guests for a good rock album.
Duane Morano has earned a reputation as a talented musician, a skillful performer, and easy to work with. From live gigs to studio sessions and more, Duane Morano continues to touch fans around the world with his distinct and enjoyable musical style.

So good his debut with such 80’s style and rocking mood starting from the opener   “After the Love” in which  Danny Vaughn vocals are perfect and with Pat Badger on drums and,Michael Foster on drums enrich Morano guitar works, with the good Bryan Cole backing vocals.
We’ll find Bryan Cole on vocals in following track “Cookie Jar” and other very special guest for this song as well, such relevant riff in the piece.

“Love is a Lie” see Terry Ilous with his great voice and Bryan Cole again on backing vocals, while the following  “Face the Fire”  with Danny Vaughn on vocals, is another good track in which to immerse oneself in this rock spirit that accompanies the entire album.
Duane Morano knows how to manage the entire audience, touching hard rock and metal sound.

Pieces like “Manhattan” or “Barely Breathing” show an intense riff works, while  songs like “Don’t Believe You” or “Feel The Fire”, classic pieces. with good ballad and rocking sound.
In short, Morano has managed to create an album perfectly in line with those sounds typical of the eighties but with all the verve and freshness of a modern rock.
Other highlights of “Incognito” are “ Barely Breathing”, “Kid Gloves”, both sung  by Danny Vaughn.

Really an interesting debut album in which Morano and his special guests show hum much is vivid the rock soul and we can just be pleasant of this work.

Rockers and Other Animals Magazine