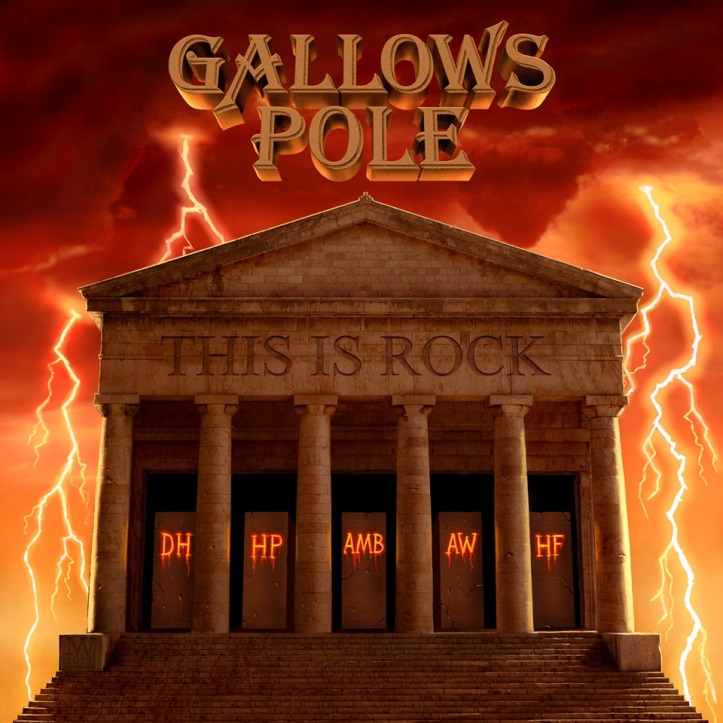 Gallows Pole are back with the brand new album, their 9th, “This Is Rock”, will be release on August 30th 2019
via Pure Steel/Pure Rock Records.

Formed back in 1977 in Vienna, by mastermind Alois Martin Binder (vocals/guitars/bass), Gallows Pole is a band that has managed to distinguish itself by the classic melodic heavy metal for a different musicality and oriented towards a more melodic timbre.

“This Is Rock” has a delicate sound at least, a rock with sophisticated lines and definitely melodic, the distinguishing band sound a line that contradicts the whole album, starting from the opener “Summerdays” in which we find Alois duet with Dina Höblinger, making this track pleasant since its intro, perhaps the only song less rock than the entire album but with an emotional charge.

A fresh sound for the following More or less similar to the second track “Heaven Knows” but with a sound more marked in rock mood that thanks to Harald Prikasky and Harry El Fischer’ guitars manages to make a greater grip, good refrain and the voice of Dina Höblinger manages to find a greater identity.

More captivating “Midnight Gambler” and with a sound more rooted to a classic rock also always very melodic with the ‘excellent drums of Andy Wagner and Alois bass line. Midnight Gambler”, oriented towards a sound halfway between Seventies and Eighties, is definitely an enthralling piece.
If with “Midnight Gambler” the band has made a good piece, with “Point Of No Return” manages to overcome it, offering a more robust sound with sounds that always manage to be elegant, typical Gallows Pole mark.

Excellent also “You Got Me” that musically vaguely recalls the style of Whitesnake but with a very personal style.
“Daylight” with its Seventies sound is another great song in which guitars stand out par excellence, while in “When I Sleep” the atmosphere becomes warmer and lighter, in “Move On Out” back that musicality definitely more rock than I prefer and that manages to give a greater idea of the sound of Gallows Pole.
“When You Love” closes the album in a soft and elegant way.

“This’s Rock” is an album for lovers of melodic rock in which they will find great tracks and in which stands out the typical rock voice of Aloise, a really classic good album .