Produced by Brian Eno, Ultravox! & Steve Lillywhite, Ultravox! started off fantastic – then Midge Ure got in there an buggered everything up. Well, truth be known, by the third album they’d already lost all their manic energy. Anyway, first album has a few moments of new wave brilliance. Kicks of with the high energy psychobilly tinged ‘Saturday Night In The City of the Dead’ complete with crazed harmonica – song rules. Goes a bit awry after that for a couple of songs. ‘I Want to Be A Machine’ is a great title, but musically can’t live up to the expectations said title conjures up. Side two fairs better. Opens with ‘Wide Boys’ that has a guitar riff that is reminiscent of Bowie’s ‘Rebel Rebel’. ‘Dangerous Rythmn’ is a great attempt at new wave reggae and ‘The Lonely Hunter’ is white boy funk at it’s best, but ‘The Wild, The Beautiful and the Damned’ is pure goth/newwave genius, complete with violin. Last song ‘My Sex’ is shit – can’t say it any planer than that! OK, so it’s not one of my favourite albums, but it has a few great songs on it. Ultravox’s first single ‘Young Savage’, released before this album, is worth tracking down – it rips. 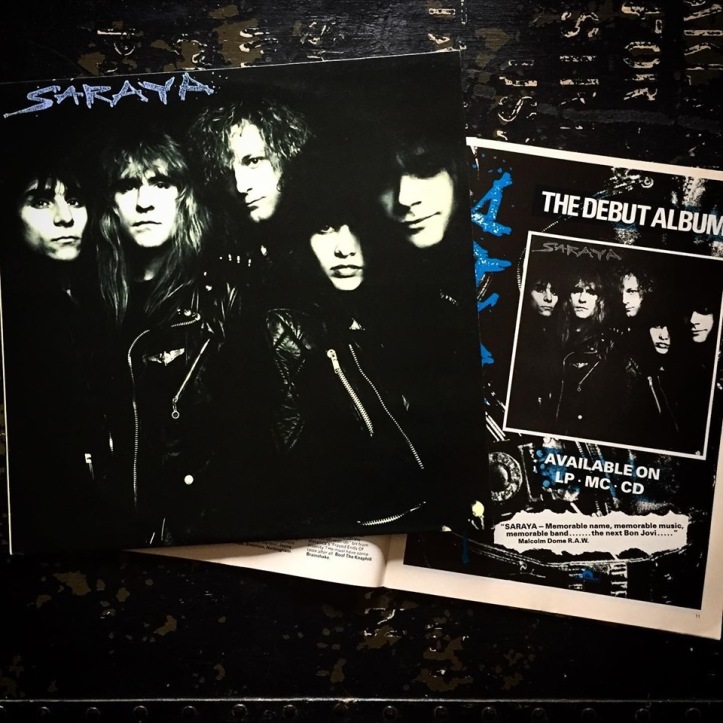 Produced by Jeff Glixman.  So many great female fronted rock bands in the 80s – Smashed Gladys, Cherry Bombz, Princess Pang through to more AOR stuff like Scandal were all favourites. I saw the music video to ‘Love Has Taken It’s Toll’ when it first aired and I was immediately sold – bluesy hard rockin’ guitars combined with Sandi Saraya’s powerhouse vocals; what’s not to love? Got the album and was disappointed because it was a bit too Bon Jovi-ish – there were a few songs with keyboards and a more AOR sound than the glam/sleaze rock vibe I was expecting as demonstrated on the first single. This album sat on the shelf for 20 or so years unplayed, but because starting about 10 or so years ago, I started revisiting a lot of old stuff that I had dismissed probably a little too quickly, this got a spin about 5 years ago and fuck me if it doesn’t rule! Look, it’s got some 7800 Fahrenheit era Bon Jovi, which ain’t so bad, but I’d say it’s also comparable to Joe Lynn Turner-era Rainbow – check out first song on side 2, ‘Runnin Out of Time’ – that’s ’Spotlight Kid’ from the Difficult to Cure album almost down to a T! No complaints – that song slays! The rest of the album isn’t as manic, but it’s so friggen melodic and scattered with massive amounts of blistering lead guitar that I barely even notice the keyboards (which, to be honest, are quite tasteful, anyway). Pleasantly surprised at how much I dig this album now – and that, my friends, is why you never sell any of your records. Ever. That being said, I do have issues with what I call ‘collecting’ other things. I’ll probably end up on that TV show ’Hoarders’, not letting anybody throw out old magazines before I get to check through them all in case there’s an article that I might want to read one day. *laughs nervously, worried that wife will read this and get a glimpse of the future*

Cool little EP from this excellent female fronted punk band. Kinda like a cross between X (the US band, not the Australian one) and maybe a bit of Penetration. They released a couple of albums after this that continued in the same vein and then they started going a little more towards the hard rock spectrum, which I like, too, with Kat Arthur’s voice taking on more of a bluesy rasp. The bass player in the band for this EP was none other than Patricia Morrison, formerly of the Bags, later of the Gun Club, Sisters Of Mercy and the Damned and Dave Vanian’s wife.

Doro Pesch – what a friggen voice! Power, range, intensity – she fucken rules. This is 8 songs of pile driving teutonic heavy metal (and, sadly, one ballad) but with enough melody to have a pretty broad appeal. Great Accept-like guitar tone and some rippin’ lead guitar, but Doro’s vocals are the thing that lift this to an even higher plane. Probably the heaviest they sounded – the next album, True As Steel went a little more melodic and is my favourite of theirs, but they released 4 solid albums between ’84 and ’87. 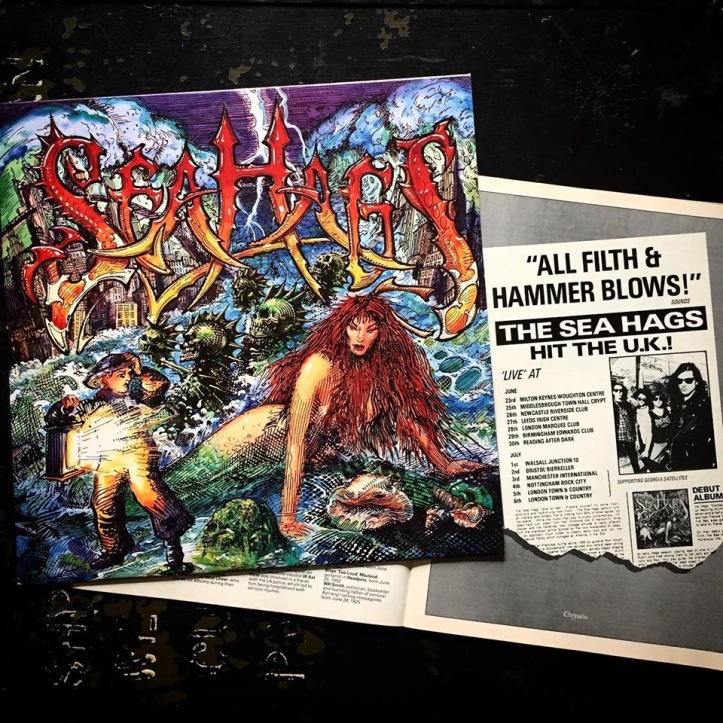 Produced by Mike Clink.  Doing all these reviews has reminded me that 1989 was actually a pretty great year for rock’n’roll. I recall Sea Hags being touted as the next Guns’n’Roses at one stage, but they were never going to make it – too much junky business…but without the budget to afford minders and such to keep such a show on the road. So they didn’t make it – they did, however, leave us with one hell of a great, and unique, sounding album. Sleaze metal it used to be called in the late 80s. I don’t know what to call it…gutter rock’n’roll? Scuzzbucket rock? They’re kinda like a heavier, darker Dogs D’Amour. I fucken loved this thing when it came out and it’s aged pretty well. They’ve got a swagger that not many bands had – a kind of slinky sound that came from their songs being a little slower than other bands of the time. They broke up a few months after this was released, with bass player Chris Schlosshardt being dead within a year and vocalist/guitarist Ron Yocom becoming homeless for a period. I wonder if they continued into the 90s if they could have survived through the grunge period – they were definitely one of the bands that I think may have had a chance of doing so, coz these dudes were the real deal.