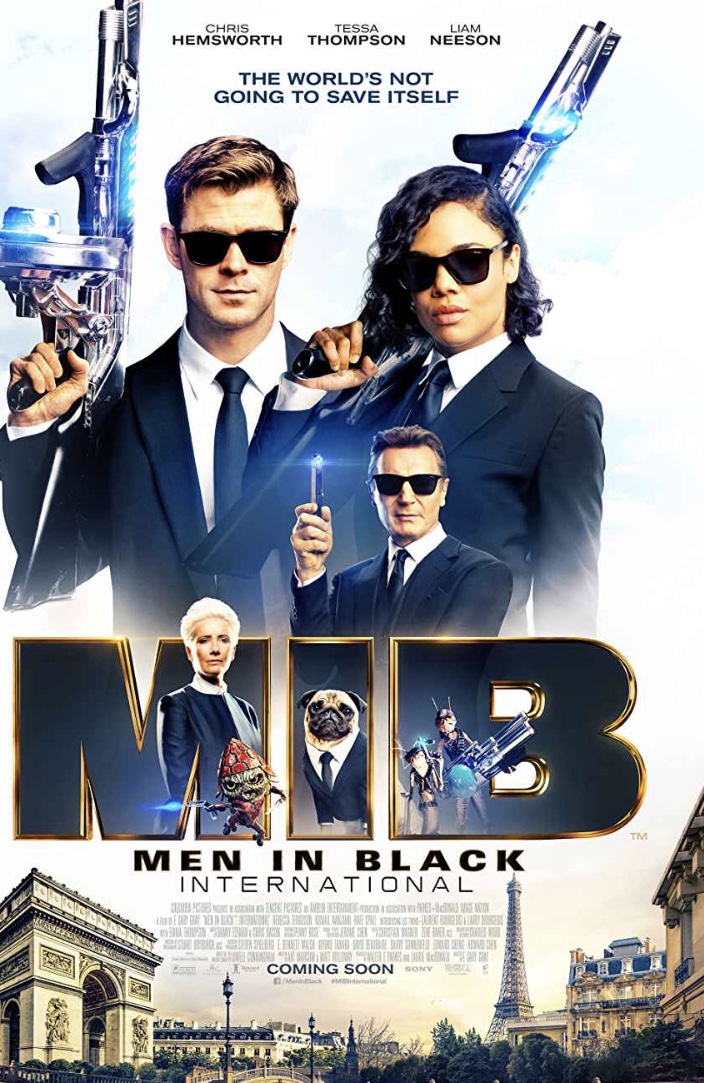 The Men in Black have always protected the Earth from the scum of the universe. In this new adventure, they tackle their biggest threat to date: a mole in the Men in Black organization.

The most recent in a long line of unnecessary sequels and reboots, Men in Black: International is about as middle of the road as you can get.  I don’t hate it, I don’t love it… it just exists.

Chris Hemsworth is likeable, just like he always is.  The same can be said of Tessa Thompson, and in fact all of the cast are making the best of the mediocre material they have to work with.  Emma Thompson is the only cast member to return from the original trilogy – unless you include Frank the Pug.

I just used the perfect word to describe the movie; mediocre.  It offers enough that it’s impossible to hate – decent cast, pretty great effects and visuals, humour in all the right places, but nothing that is going to turn this into the classic that the original Men in Black film became.

I get the impression that director, F. Gary Gray and writers Art Marcum and Matt Holloway went out of their way to not go too over the top.  In my opinion, that’s the whole point of the Men in Black franchise.. it’s a bat shit crazy buddy cop comedy about aliens living among humans – they should have gone all in on the craziness.  People might have loved it, people might have hated it, but at least there would have been a reaction one way or another, because this is neither memorable nor forgettable. Again, it just exists.

While I found it underwhelming, I’m sure it will provide some form of mild entertainment on those family movie nights.