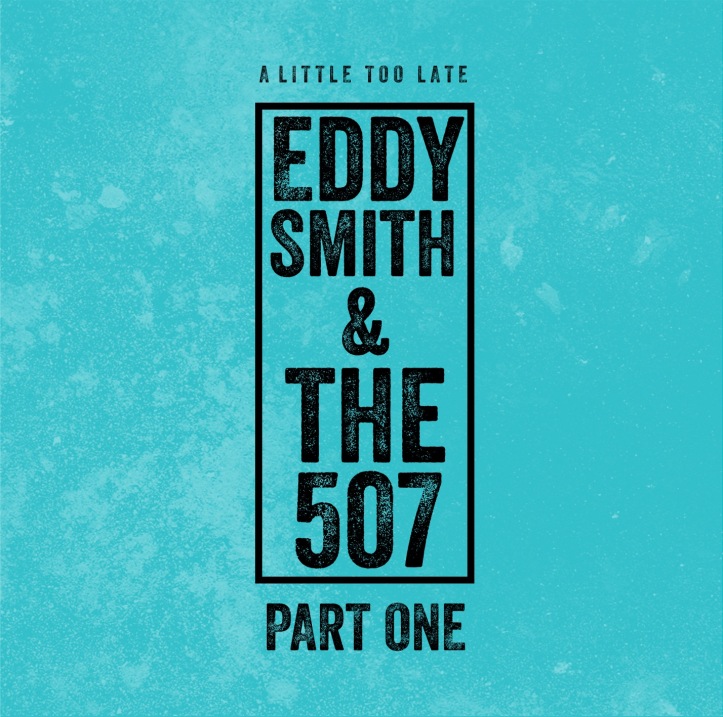 The London-based band Eddy Smith and the 507 released the  EP “A Little Too Late: Part One” a  full immersion into Blues, Soul, Rock and a little bit of Pop.
Led by Eddy Smith, this band created an excellent work as for the good Eddy  voice, as for the good musicians that accompany him into this very deep and particular EP.

To define this EP in the usual southern blues cliché, rooted among other things in soul, is quite reductive, even if the genre proposed is exactly this, the band is able to emanate a particular charm.
Five tracks of extreme class, with soft and dragged sounds, starting from the first track “Lost On You” that presents the sunny soul of a soul based in a deep American style, with a lot of harmonica, to make the sound even deeper.
If in “Lost In You” the band manages to fascinate, with “Roll With It” is able to kidnap and carry the listener in a mood of feelings, markedly a more intimate song in the sounds.

“Middle Of Nowhere” is an even more delicate piece, also with an American flavour that brings me back to a scenario made of those dusty daggers and roads that cross the south of the States, with a spectacular guitar, and a mild rhythm, I would say a classic travel song, made to relax and dream, one of the most beautiful pieces of this work, although undoubtedly it is quite difficult to find a better track than another.
“Minnesota” takes up a rhythm more ‘country’, more sustained and more airy, another interesting piece that undoubtedly manages to be noticed.
while the closing of “A Little Too Late” is an immersion in the blues thanks to the track “Strangers (Since I’ve Been Loving You)” in which Eddy Smith & The 507 manages to give a greater imprint to what best represents his own sound.

This is a beautiful debut, from the roots of rock, the warm sound of a band that will surely have a bright future.