Digging for Gold: 7 of the best from… TRIVIUM 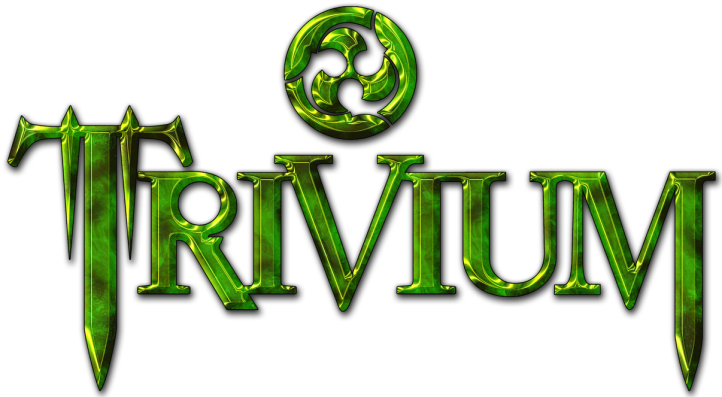 Somewhat polarising among metal fans, Trivium have forged ahead regardless, and carved out a formidable career since their 1999 formation.

Taking in elements of traditional heavy metal, metalcore, thrash, groove, and even progressive and death metal, the Florida based four piece have released eight studio albums since 2003, each one a little more mature than the last.

I first heard Trivium on a Kerrang! magazine cover CD.  The track was “Pull Harder on the Strings of Your Martyr”, and I was instantly hooked by their blend of styles, and the integration of melody into an otherwise uncompromisingly heavy track.

They really earned my respect in 2005, when the whole Iron Maiden verses Sharon Osbourne feud went down in public fashion, on the stages of Ozzfest.  Trivium refused to say or do anything negative towards Maiden, even after allegedly being instructed to do so, and even took to wearing Maiden shirts on Ozzfest stages to show their support.

Personally, I’ve never understood the negative reception Trivium gets from certain metal elitists – This is a band that continually flies the flag for “old school” metal to “new school” fans.  They wear their influences on their sleeves, and deliver quality music, and I can give a first hand account to the quality and unbelievable energy of their live shows.

Sure not everything is perfect, but can you point me in the direction of a band that doesn’t have at least one bad song.  Shit, even the almighty Slayer released some pretty average stuff….

Here we take a look at 7 of the best (in this writers opinion) Trivium songs in the first instalment of Noise Pollution’s “Digging For Gold”.

The Sin and the Sentence

The title track from their most recent album, along with the entire album itself, demonstrates that Triviums songwriting and musicianship is currently at an all time high as far as quality is concerned.  Equally heavy and melodic, with fist pumping choruses, blistering guitars and a healthy balance of clean vocals and guttural screams, The Sin and the Sentence is a six minute walk through every element that makes this band appeal to me.

Featuring chugging guitars, and chants of “In Waves” that will leave you hoarse if you attempt to sing along, In Waves is lyrically repetitive and basic, but there lies it’s strength.  The simplicity of this song makes it bury itself in your head – and any attempt to ignore it is futile!

Another Trivium song that grabbed my attention instantly.  Opening with gentle acoustic strumming before assaulting our ears with an onslaught of lightning paced drumming, death metal riffing and brutally harsh vocals.  Shogun is overall not the strongest album, but this song is a masterclass!

The twin guitar attack has been a staple of metal for decades, perfected by Maiden and Priest.  Trivium had not truly utilised their dueling guitars until 2015’s excellent album “The Silence in the Snow”.  It was always there, but here it really comes to the forefront, and adds another dimension to the bands sound.  The work that Heafy has put in to perfecting his clean vocals is very evident also.  There is an abundance of growth with every new album.

Pull Harder on the Strings of Your Martyr.

My introduction to Trivium on the aforementioned Kerrang! cover mount CD.  Some sixteen years later, it still sounds fresh and new.  Considering the band were still in their teens at the time, the entire Ascendancy album is a remarkable feat, but this track is still the highlight for me.

GROOVE!  Heafy’s vocals on Black are some of the best ever committed to a Trivium album.  That, coupled with the maximum groove metal stylings of the musical background, make this track one of my all time favourites from this band.  It’s borderline radio friendly, but still manages to be crushing at the same time.

The Crusade is the album that really copped the most negativity from fans and critics alike.  Trivium shed the metalcore stylings of previous album, Ascendancy, and re-emerged as a more straight forward metal band – with Heafys vocals quite clearly modelled on Metallica’s James Hetfield, right down to the trademark cadence.  I really like this album – though when it sits side by side with its predecessor, I can see how it caught fans off guard.  When held up against Triviums future output though, The Crusade works well, and Detonation provides one of the most memorable cuts.