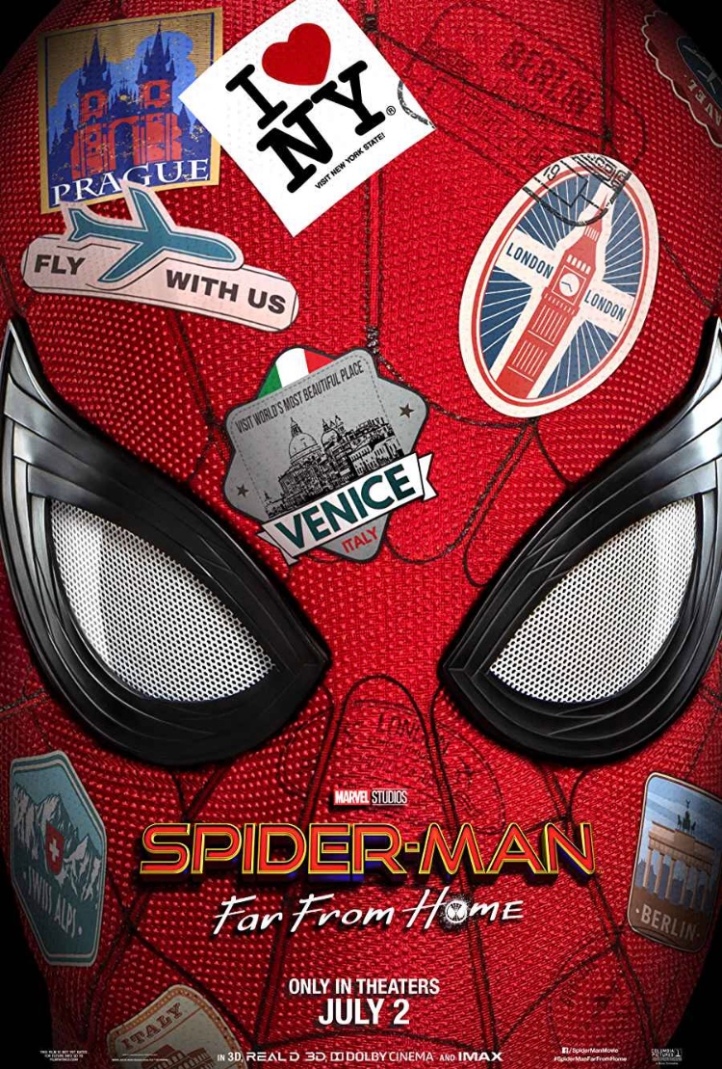 *WARNING: This is less of a review, and more of a fan boy geeking out over an amazing superhero movie.  Spoilers are most likely present, so read at your own peril*

Following the events of Avengers: Endgame (2019), Spider-Man must step up to take on new threats in a world that has changed forever.

Ok, so aside from being a horror geek, superhero movies – the MCU in particular – are another of my favourite “go to” movies when I want to pass a couple of hours.  I have seen all of the MCU films to date at the cinema, and will keep doing so as long as they keep churning them out.

I recently finished up a couple of weeks work in regional Victoria, and after the job was done a couple of the guys that I worked with were heading to Thailand to let off steam.  I tagged along for some relaxation and a touch of adventure.  I had a blast, but believe it or not, all I wanted to do was get home to see the new Spiderman and start watching Stranger Things 3 – I guess that tells you all you need to know about me…

Far From Home plays as a direct sequel to Avengers: Endgame.  Sure, certain events from Homecoming are referenced, but the major plot points are centred around the aftermath of “the snap”.  While it ties up some loose ends, it also sets the stage for phase 4 in the MCU – and I’m all in!

Tom Holland is the most believable Peter Parker/Spiderman to date, and I hope that he plays the role for a long time – He’s perfect.  While we’re on the subject of perfect casting, Jake Gyllenhaal is fantastic as Quentin Blake/Mysterio – and lets not forget that he was once considered for the role of Spiderman himself.

Elsewhere in casting, it’s great to see Jon Favreau return as Happy Hogan, and Samuel L Jackson is always wonderful as Nick Fury.  This time though, there was something a little off with the performance – almost as if Jackson was playing somebody else playing Fury.  My suspicions were on point, and answered (kinda) later in the film.

Written by Chris McKenna (Homecoming, Ant-Man and the Wasp), the story wastes no time.  Almost instantly were transplanted from Queens, New York into our European adventure, and it’s off and racing.  It’s as action packed as it should be, but also focuses more on Peter coming to terms with a)the loss of his mentor, and b)how to, and if he can fill those shoes himself.  The tie-in To Endgame is masterfully done, and it’s clear that the writers and director of this movie were kept in the loop on the outcome of that movie.

I read somewhere that this movie HAS to make a billion dollars in order for Sony to allow Marvel to keep using Spiderman, and while hitting the billion mark seems likely to happen anyway, Sony WOULD BE FUCKING STUPID to pull the character now.. if I was them, I’d be making deals to incorporate Venom and other Spidey properties into the MCU, because it’s in the perfect hands.

There are two extra scenes, or “stingers” – one mid credits, and the other after credits.  The first scene offers up a look at the direction of the next Spidey movie, and shocked the hell out of me.  The second raises questions about where the MCU goes from here – and I think we’ll be spending more time “off planet”.

Go see this ASAP.  I know not everybody geeks out over this stuff as hard as I do, but you won’t be disappointed!